Meet Vai.  At seven, she is an energetic girl wondering why she has to leave Fiji. At 16, she is arguing with her mother while fishing from a small canoe in the Solomon Islands.

And at 21, she is a top student at a New Zealand university who is struggling because of family pressures back home in Samoa. 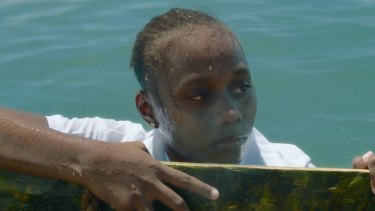 Betsy Luitolo plays Vai at the age of 16 in the Solomon Islands.Credit:Lavatul Film

The drama Vai, which comes to the Sydney Film Festival after acclaim at Berlin and other international festivals, is a warm-hearted portrait of a Pacific islander woman – fictional, archetypal but very much grounded in reality – at eight different ages. It is also one of the year's most fascinating films for the innovation and passion behind it.

Part of the intrigue is that Vai is a touching insight into little-seen lives – women of islander heritage featuring in stories set in Fiji, Tonga, Solomon Islands, Cook Islands, Samoa, Niue and both the North and South Islands in New Zealand.

"We work in the lowest jobs in New Zealand," says Nicole Whippy, one of a new breed of writer-directors who made Vai. "We're paid the lowest income out of anyone. And there are no voices. We've never been given these opportunities and a voice in our community."

The girls and women who play Vai are all first-time actors, starting with Mereani Tuimatanisiga at seven right up to Hinetu Dell – who wears her ta moko or Maori chin tattoo with pride – at 80.

These writer-directors behind eight cinematic vignettes are largely new to the film industry. Whippy is an actress best known for the series Shortland Street. Becs Arahanga is a mother of five who works as an acupuncturist and runs a production company with her filmmaker husband.

They were joined by – among others – an academic, a women's rights advocate, a budding young filmmaker and a theatre director.

Producers Kerry Warkia and Kiel McNaughton sought out islander women to tell stories about their own cultures, centring on the significance of water. 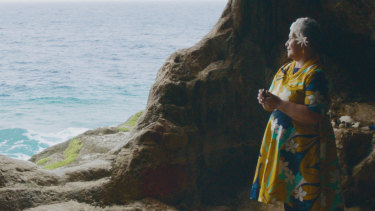 "Vai in five of the languages in the Pacific means water," Warkia says. "We wanted that to be a strong image and a strong theme through all of the films and also the idea of different Pacific island women with different perspectives. For us, telling that story through her growing was the best approach and the best way to have those different perspectives in harmony."

The eight vignettes collectively touch on the need to leave home then the forces drawing you back, the importance of family and the wider island community, the passing on of knowledge, the value of cultural rituals and the strength of women around the Pacific.

The other fascinating aspect of Vai is the bold creativity behind it.

After recruiting their team of islander writer-directors, Warkia and McNaughton held a five-day workshop on an island off Auckland where they each had to write the first draft of a 10-minute film.

The Vai of each film was to be played by different indigenous actors, with a shared brother, grandmother and, later, a daughter.

"Her shared history connected all of these women yet each individual vignette had to have individual merit as well as collective merit when they're put together," Warkia says.

To push the creativity, the filmmakers had to work within strict rules. They had one day to rehearse, one day to shoot and their film had to be shot where possible in one flowing take. In other words, each story was to take place in real time with no editing.

"And it also means each of the writer-directors really control their story. For directors, specifically female directors, specifically female directors of colour, those decisions can be taken away from you. In the edit, people can change that story. In terms of an indigenous perspective, it's really important that everything you want to say, you're in control of the whole time."

A crew travelled between islands to shoot each film while others were set up elsewhere.

While it could have been a disaster given some of the vignettes require complicated camera moves, the directors were inexperienced and there was only one professional actor in the entire film, Vai has an engaging heart and an almost documentary-like authenticity. 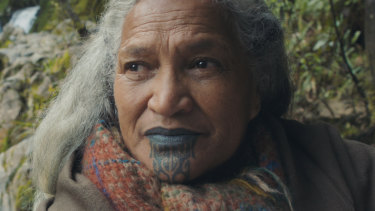 Arahanga, the acupuncturist now jabbing consciences as a filmmaker instead of patients, wanted to be involved when she heard about the themes.

And the stories flowed naturally during the workshop on Waiheke Island. "Her life just unfolded," Arahanga says. "There was no vying for a particular age. There was no person having to fight for their story. Everyone's story was as it was."

Nicole Whippy, who shot her film in her grandmother's old house in Fiji with her Melbourne-based writer sister Sharon, initially turned down the chance to work on Vai.

"I'd never directed anything before," she says. "I've worked pretty consistently as an actor in New Zealand but I never realised that I had stories that I wanted to tell. I don't think anyone had given me the opportunity they gave me to tell my stories so easily."

We've never been given these opportunities and a voice in our community.

She and Sharon shot 18 takes of a very personal film on their day. "It's the little girls we were before we left Fiji and came to New Zealand," she says. "I felt like I knew the story inside out so I was really well prepared going in and casting it really well, with really capable actors, really helped."

Whippy says women around the Pacific share this connection to water.

"Western culture really values the land whereas in the Pacific island, our water is our biggest commodity," she says. "That's everything to us. It's how our people survive, it's where we get our food, it's our highways, it's how we navigated the world."

For all its creativity, Vai is the actually second film of its type that Warkia and McNaughton have made and they plan a third next year.

Three years ago, they recruited new Maori women filmmakers for Waru, another anthology or portmanteau film that turned on the death of a neglected boy. The eight chapters focused on different Maori women with a connection to the boy, each starting at 10am on the day he died – and each shot in one take in a single day.

Waru was acclaimed as a powerful glimpse into the Maori community with a sense of urgent realism and its success inspired Vai as a follow-up.

"Our company is interested in Maori and Pacific voices but also minority voices and storytellers," Warkia says.

The third of their so-called sister films will recruit "Pan Asian Kiwi women" for another portmanteau film, Kainga, which is Maori for home, drawing on their own cultures. "It's about exploring the themes of home and migration," Warkia says.

As well as putting different women's stories on screen, the producers are using the three films to bring more women of Maori, Pacific island and Asian heritage into New Zealand film. And several are already planning feature films of their own.

"We should be telling these stories," Warkia says. "And we should be creating platforms for these women and supporting them. Doors have been closed for so long that it's not just about opening the door, it's about going out to find them because they walked away a long time ago."

And the international festival success for first Waru then Vai has helped these new women filmmakers feel part of a global community. "You can blow the conch a little bit louder together," Warkia says.

Vai screens in the First Nations program at Sydney Film Festival on June 14 to 16.

It’s Going Great for Richard Madden. That’s What Worries Him