Movies have always flirted with kids and violence. The Goonies, 3 Ninjas and Spy Kids sent kids on adventures, but any violence they committed was cartoonish. The Frog brothers slayed vampires in The Lost Boys but not humans. In Terminator 2, the robots handled all the violence. Becky lets a kid be as violent as grown-up action heroes, more so now that most action movies are PG-13 anyway. 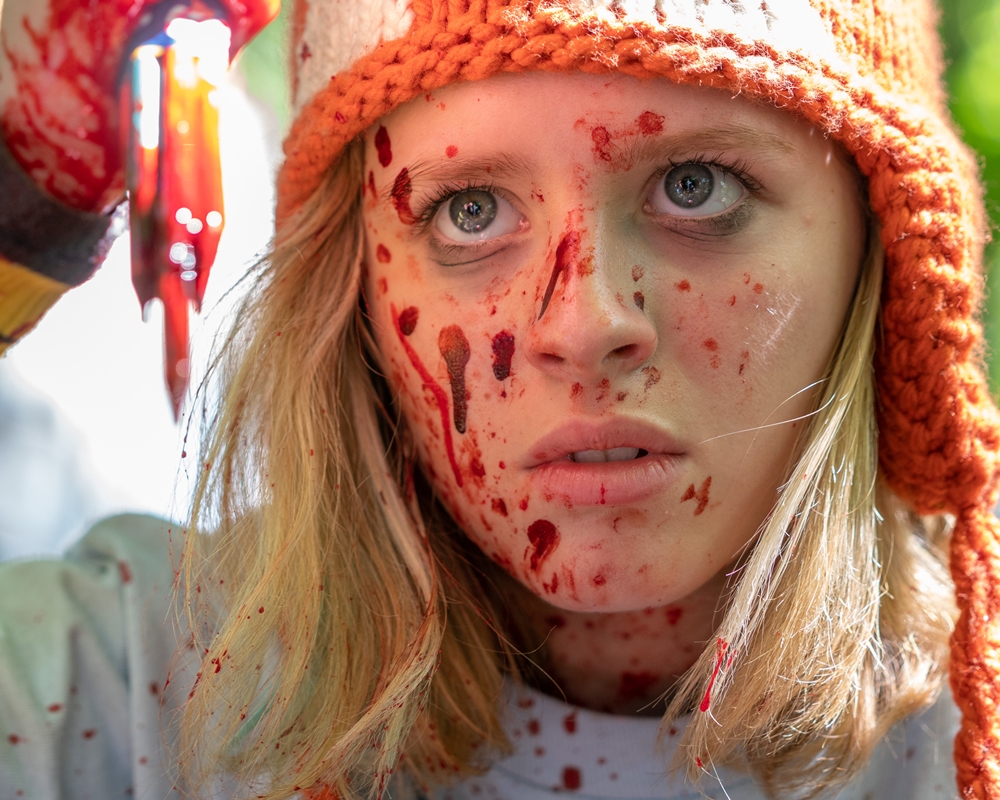 It’s probably irresponsible, but at least it’s not watered down. Becky is rated R and really earns it. It’s a movie kids will try to watch on VOD without their parents knowing, and adults will probably get the same naughty thrill from it.

13-year-old Becky (Lulu Wilson) is still mourning the death of her mother. It must be fairly recent because Wilson appears in videos and flashbacks with her mom at the hospital. They age her down but it can’t be more than a year or two in the past. Any earlier and they’d have to cast a younger kid. 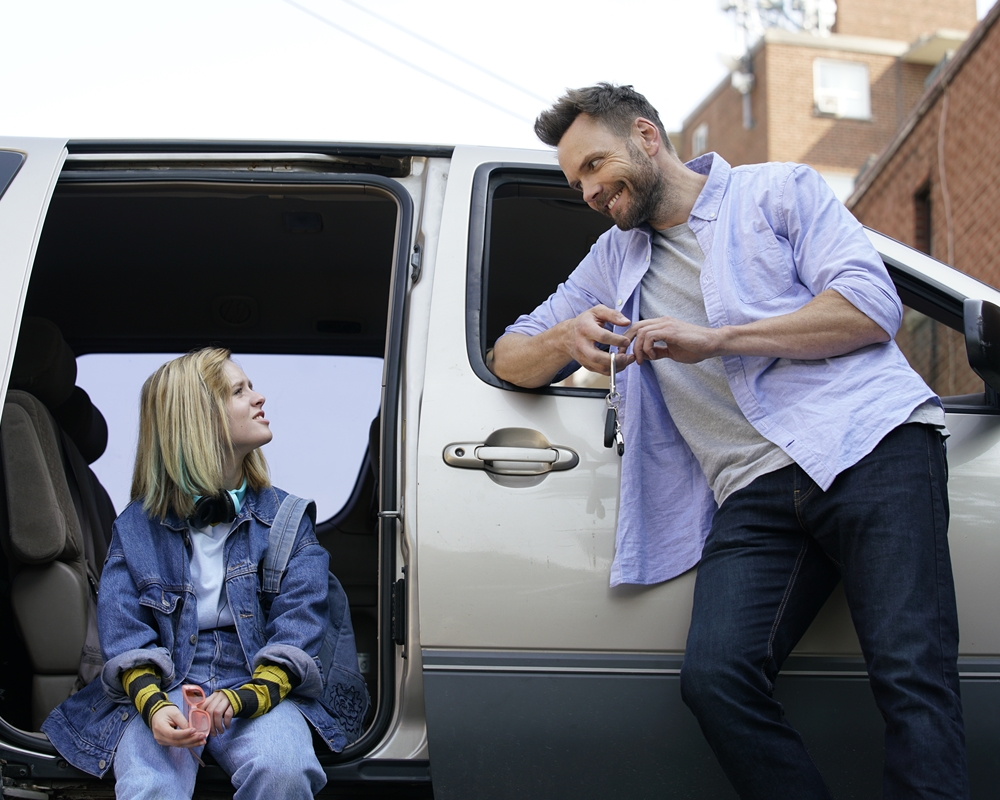 Her father Jeff (Joel McHale) lets her know that they’re keeping the house they lived in with her mother. He also breaks the news that he’s marrying his fiance Kayla (Amanda Brugel). When Becky runs out to the woods, Nazi escaped prisoner Dominick (Kevin James) and his gang come looking for a key. It’s sort of like John McClane being in the bathroom when Hans Gruber takes over Nakatomi Plaza, but Becky is way more violent than he was.

They drew first blood on ‘Becky’

It’s funny how the Rambo trilogy was considered gratuitous violence in the ’80s. Stallone made his fourth and fifth movie exponentially more graphic, and at least he was an adult. Becky doesn’t just outsmart Dominick and his men. She freaking murders them.

Becky doesn’t even use a gun at a distance. She gets her hands dirty up close with sharp objects. It takes multiple blows to dispatch most of the henchmen, and at some points she goes way farther than necessary. A bad guy could be subdued but she still finishes him off. 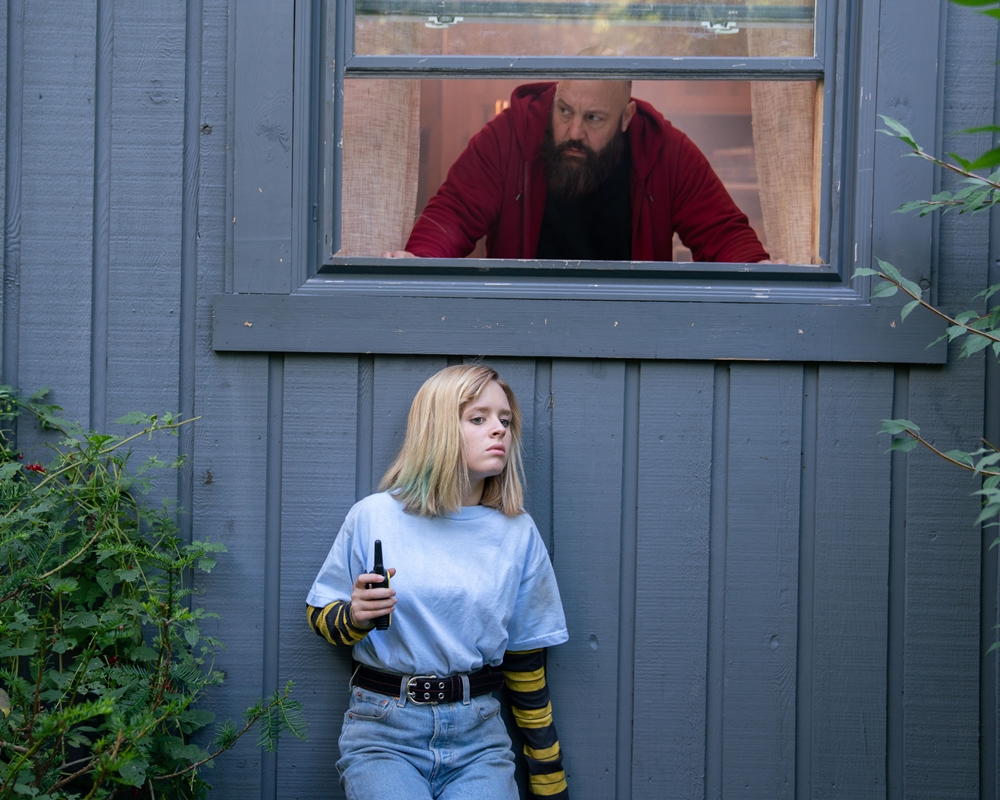 RELATED: Why ‘Rambo: Last Blood’ Had to Be the Most Violent ‘Rambo’ Of All

Obviously, you root for Becky. These are violent criminals and she’s trying to save herself and her family. Should we think about the trauma murdering criminals in self defense will cause Becky? Probably not. The filmmakers probably didn’t except to give it a little lip service way too late into the proceedings.

Do the ends justify the means?

This is not to say that no movie ever put kids in traumatic situations before. Those movies generally don’t give the kids violent cathartic retribution. Before Becky goes wild, she’s already witnessed enough trauma to scar her for life.

Even before he gets to the house, Dominick kills a father in front of his kids. These bad guys kill dogs too, a universal cinematic no no. James speaks in a low, deep, threatening voice with a swastika tattooed to his bald head. When he talks about pure bred dogs it’s chilling. You believe Dominick believes this. 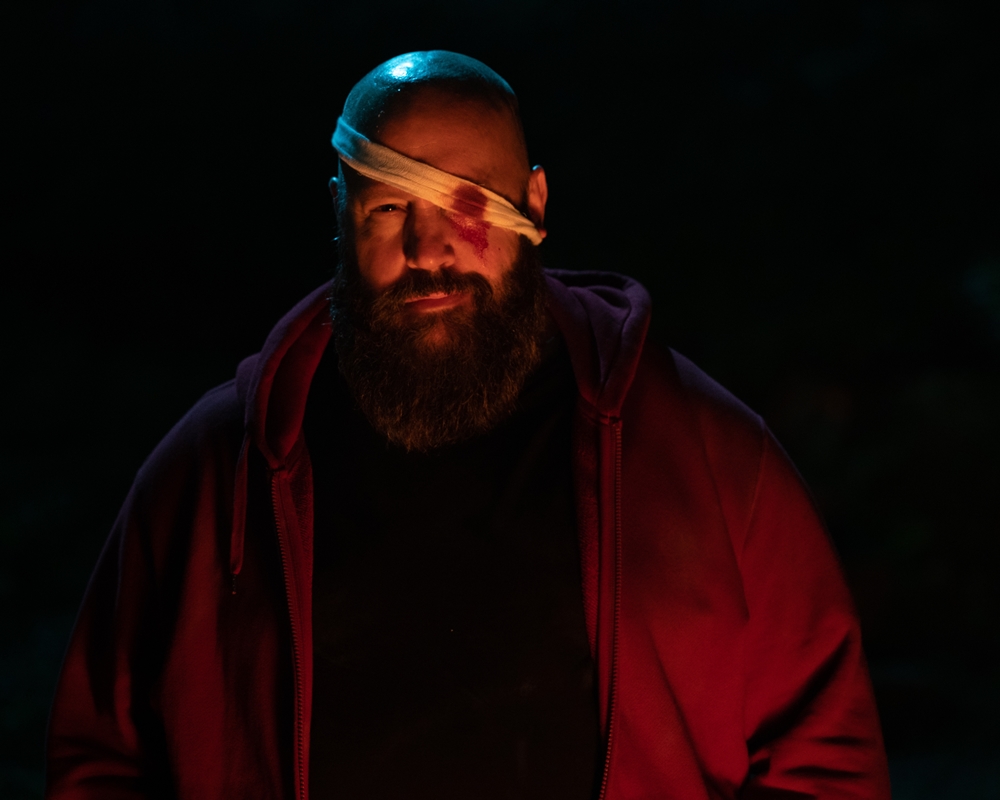 RELATED: Looney Tunes Cartoons Review: Bugs Bunny and Daffy Duck Are As Violent As HBO Max Lets Them Be

So these villains are so bad, they must be stopped. Does that justify a 13-year-old girl indulging in the most violent retaliation? Possibly, in a more thoughtful, nuanced movie. Becky fans will have to settle for uncompromising, if not entirely philosophical.

One of Dominick’s partners, Apex (Robert Maillett) has reservations about harming kids. That’s not really a counterpoint to all the violence in the movie, yet the filmmakers seem to think it’s covering both sides.

Not the best example of violent irreverence

Directors Jonathan Millot and Cary Murnion also made Cooties which had violence involving children. The difference is, killing zombie kids is irreverent. Lucid children killing people is something else. Becky also doesn’t have a Leigh Whannell script.

Perhaps indicative of the film’s tone is the abrasive score that sucks the air out of otherwise tense scenes. The whole film could use more restraint, but it didn’t. Since Becky embraced the complete opposite extreme, at least it went all the way. It’s not a four quadrant movie, but the one quadrant it’s for should be pleased.