Home » Movies » At the Movies, It’s the Best of Times and the Worst of Times (Again)

Louis Lumière supposedly said that the “cinema is an invention without a future.”

If you read recent headlines from Hollywood and beyond, you might agree, even though Lumière, one of the pioneers of the medium, made his prediction in 1895. The movies have teetered on the edge of one kind of oblivion or another ever since.

In 1957, Manny Farber wrote that “the mess we are facing in movies and other media promises to be the worst era in the history of art.” In 1995, 100 years after Lumière, Susan Sontag gloomily concluded that cinema, “once heralded as the art of the 20th century,” now seemed “a decadent art.”

And here we are again, or here we still are. For people who care about movies, there is always much to complain about and always good reason to take heart. On the eve of another fall season — filled with Scorsese, Netflix, drama and Disney — our chief film critics, Manohla Dargis and A.O. Scott, consider the state of the art and the industry, where we are now and what lies ahead. There’s good news, and there’s bad news. 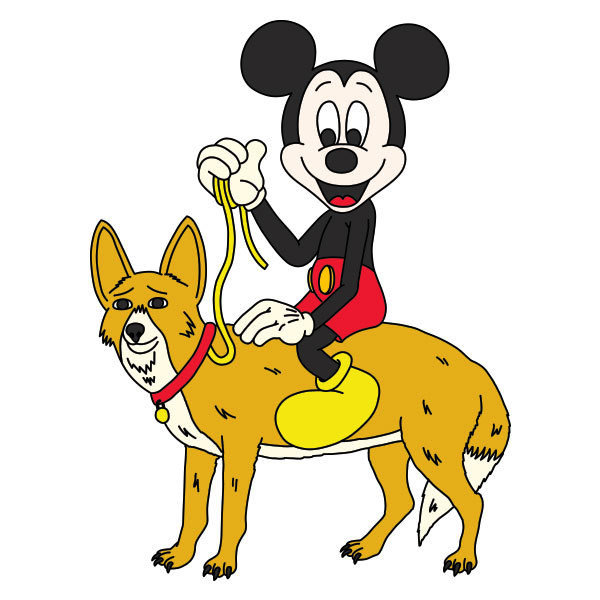 Bah! The big, bleak studio story continues to be Disney and the effect of its domination on the mainstream American movie industry. Disney’s profits are stunning if no longer surprising. By mid-August, it had five movies that had raked in a billion apiece this year alone; by late August it had 36.5 percent of the domestic box office. Its next studio competitor, Universal, had just 13.9 percent while Fox, which Disney bought in March, had a pitiful 3.7 percent. It has no real competition from the remaining studios.

Disney’s dominance and strategically restricted output — it conquered the 2018 box office with just 10 new releases — mean that its every movie becomes another pseudo-event, one amplified by the click-hungry media. When a new Marvel flick opens, that’s pretty much all you read about. Disney may be planning a similar strategy for Fox, which Disney has said will release five to six movies a year. In 2018, Fox released 12 new movies; in 2014, it had 17. Disney has already slashed Fox’s production by shutting down Fox 2000, a division that put out midrange, nonfranchise movies like “Hidden Figures.” Another division, Fox Searchlight, which brings in awards, seems safe.

These days, the invisible hand of the market feels like a hammer. MANOHLA DARGIS 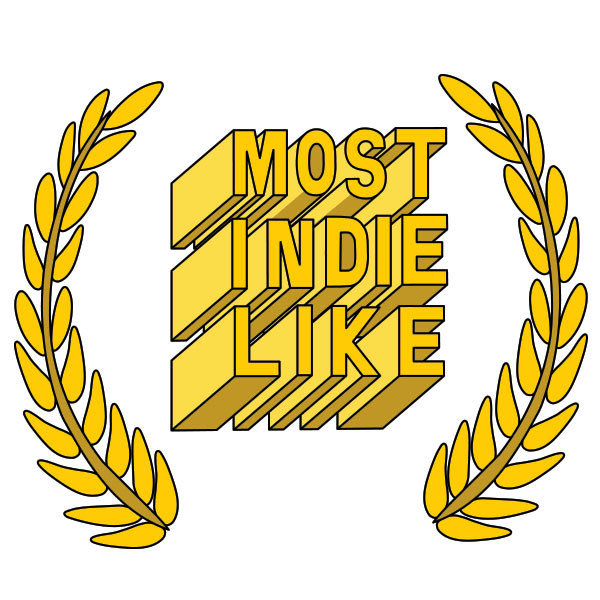 Disney has been so aggressive in transforming fandom into a form of mass obedience that thinking about any other studio’s movies can feel like an act of rebellion. But there are more movies worth talking about — movies that aren’t part of a presold, franchised universe. Of course, the surviving legatees of the Old Hollywood have tried to compete with Disney on that field. Remember Harry Potter? Remember Batman? Remember “Men in Black: International”?

O.K. maybe not that one. But even though the Mouse has swallowed the Fox, Paramount, Universal, Warner Bros. and Sony are still around. But sprinkled through the Top 20 are other titles that tell a slightly different, less branded story. Jordan Peele’s “Us.” Quentin Tarantino’s “Once Upon a Time … in Hollywood.” Dexter Fletcher’s “Rocketman.”

Add their receipts together and you still don’t get halfway to “Avengers: Endgame,” but there’s reason for a measure of optimism. As the fall progresses, we can keep our fingers crossed for movies like “A Beautiful Day in the Neighborhood,” “1917,” “Motherless Brooklyn” and — why not? — “Cats.” Maybe this means that the studios, which have mostly shuttered their art-house divisions, are becoming more like the indie distributors of the past, staying in the game for awards, critical acclaim and a less passive audience. That doesn’t seem so bad. A.O. SCOTT

Bad: Netflix is keeping us on the sofa

In 2017, the Netflix chief executive Reed Hastings identified the company’s biggest competitor as “sleep.” That much-quoted bit of executive bravado expresses an exemplary big-tech ambition. Amazon wants all your shopping. Google aspires to own your searches and calendars. Facebook seeks to dominate your news consumption and your social life. And Netflix, not to be outdone, is angling for a monopoly on your waking consciousness.

If the Disney monopoly model is founded on a fantasy of consensus — everyone in the world will go see the new presold installment as soon as it opens in theaters — the Netflix version rests on a dream of infinite diversification. Each of us sits home alone in front of a screen that asks us “who’s watching?” and supplies a stream tailored to our particular tastes and mood.

This is not entirely dystopian. Or rather, it’s dystopian precisely because it’s so attractive. Netflix and its nonsleep competitors are far more inclusive than most of the networks and movie studios, both in demography and sensibility. Filmmakers have found a home — and financing — for projects that might have languished elsewhere. A year after “Roma” lit up the festivals, beguiled the critics and snagged 10 Oscar nominations, Netflix has lined up a roster that includes Martin Scorsese’s “The Irishman” and Noah Baumbach’s “Marriage Story” — titles that will show up on theater marquees as well as in flat-screen queues.

I’m not immune to the seductive power of the platform, but I’m also wary of its eagerness to please. The something-for-everyone, win-win model of industry disruption has not always been a happy story. We should have learned by now that utopian tech promises of cheap, convenient, frictionless satisfaction carry a hidden cost. So if we’re going to stay up watching, let’s at least keep our eyes open. Getting out of the house every now and then is also good. SCOTT 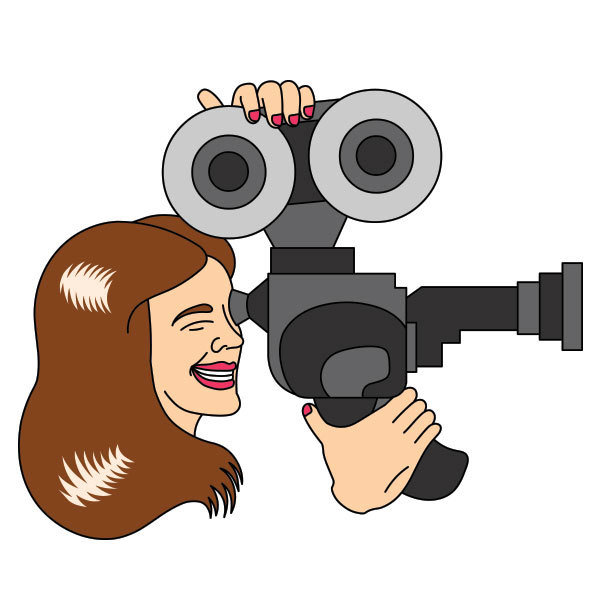 Good: We’re going out to the movies

The death of the theatrical experience has been absurdly exaggerated, and so too has the effect of streaming on moviegoing, which seem to be complementary activities: Apparently, the more movies you see, the more you stream. There’s good news at the art house. A 2018 study found that patrons were seeing more movies than they did six years earlier: 26 movies in theaters in 2013 compared with 35 last year. (Most moviegoers see three or four.) This uptick may be partly because companies like A24 and Neon release movies (“Eighth Grade” and “Three Identical Strangers” last year) that once might have been put out by big-studio divisions like Warner Independent Pictures and Paramount Vantage, which were shut down or disappeared.

People complain about the price of movie tickets (sometimes it seems that they’re complaining about other people, though maybe it’s also the multiplex offerings). The average movie ticket is $9.11, which doesn’t include expenses like transportation. Second-run theaters can be better deals. (I paid the just-right price of $3.50 to see “Bohemian Rhapsody” in a suburban multiplex.) A movie-theater subscription service can lower the freight. AMC has a subscription plan; Regal apparently will soon. And art-house memberships can make their tickets competitive: Film Forum members pay $9 a pop; a Brooklyn Academy of Music member can pay $8 to see “Once Upon a Time in … Hollywood.”

Even so, movie tickets may seem pricey given that you can subscribe to Netflix’s lowest tier for $8.99 a month and Amazon Prime for $119 a year. But you need high-speed internet to stream. And access to broadband isn’t cheap, and it isn’t always possible because the digital divide (the gap between those with access to computers and the internet and those without) is a problem. A recent Microsoft study found that 162.8 million Americans — almost half the population — do not use the internet at broadband speeds. And less than half of Americans have access to broadband that costs $60 or less a month, with minorities and rural people most adversely affected. DARGIS 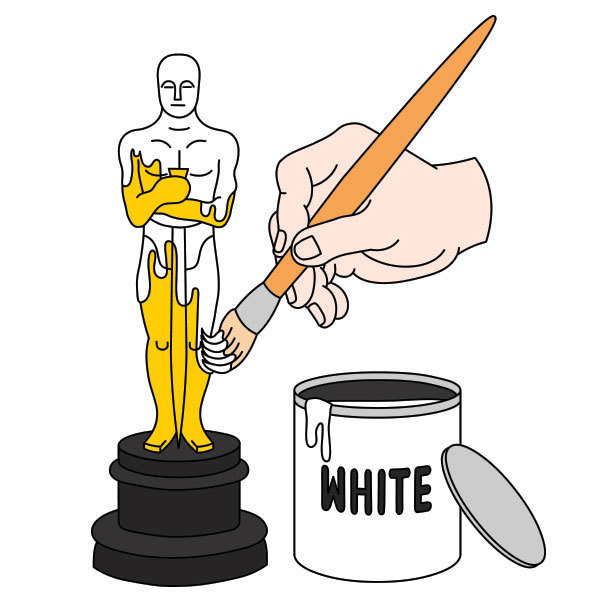 Bad: The industry is still mostly white and male

More than three years after #OscarsSoWhite and almost two years into #MeToo, the basic power structure of the entertainment industry remains in place. Fitful progress coexists with a simmering backlash and the stubborn inertia of institutions that have built their legacies on resisting change. Harvey Weinstein and Les Moonves are gone, but before the systemic reckoning with gender discrimination and sexual predation was even fully underway, there was widespread hand-wringing about how it had gone too far.

Filmmakers like Ryan Coogler, Ava DuVernay, Barry Jenkins and Greta Gerwig have pushed through doors and held them open. But the gatekeepers are still mostly white men, and the default setting for Hollywood remains what it has been for a long time. Statistics compiled for 2018 by Women and Hollywood show progress that might charitably be called glacial. Four of the Top 100 films that year had a credited female director. African-Americans directed 16 of those — double the number in the previous year. Four had Asian-American directors, all of them male.

The numbers may continue to improve — the success of Lulu Wang’s “The Farewell” will surely change that last statistic — but there is a tradition in Hollywood of treating inclusion as a momentary concern. In July, our colleague Reggie Ugwu wrote a haunting story about black directors in the 1990s whose careers began in a similar moment of apparent change, only to languish and sputter in ways that will be familiar to women as well. Racism and sexism are tenacious forces, in Hollywood and elsewhere. SCOTT

Good: There are encouraging signs of change

Yes, women and minority men remain wildly underrepresented in the industry, and most movies are directed by white men. But there has been a slight uptick in black male directors, and if you look beyond the 2018 Top 100 — and the big studios — you find critical and commercial successes hits like the documentary “RBG,” by Betsy West and Julie Cohen, and other female-centric movies that deserved more attention and viewers, like Karyn Kusama’s thriller “Destroyer.”

This may be cold comfort, but a lot of women are making good and great work that will outlast some of the dreck directed by their higher-paid, less-talented male colleagues. The other good news is that while real change is exasperatingly slow — it seems obvious that meaningful change will happen only through lawsuits or when a lot of bosses die or retire — people are now at least paying attention. The issue isn’t going away. We aren’t going away. DARGIS 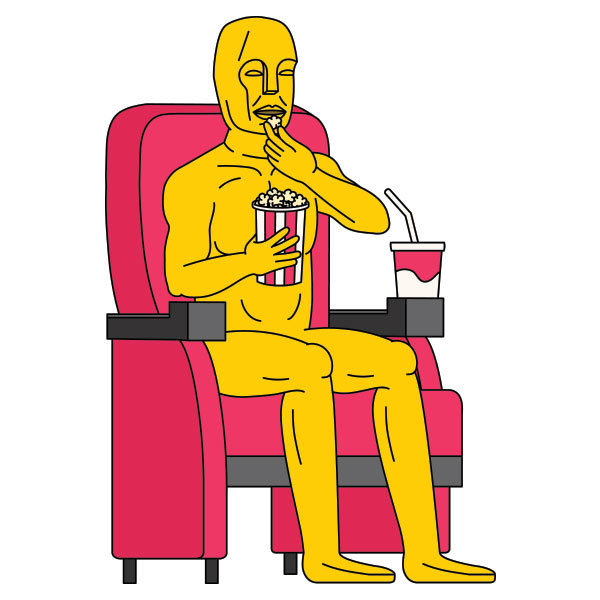 There’s a lot to look forward to the rest of the year. A lot of attention will be lavished on bigger studio releases like “Charlie’s Angels” and “Star Wars: The Rise of Skywalker.” But in addition to a new Scorsese, there are movies from Greta Gerwig (“Little Women”); James Gray (“Ad Astra”); Kasi Lemmons (“Harriet”); Rian Johnson (“Knives Out”); the Safdie brothers (“Uncut Gems”); Pedro Almodóvar (“Pain and Glory”); Terrence Malick (“A Hidden Life”); and Bong Joon-ho (“Parasite”).

Disney may have colonized our minds, to bend an old Wim Wenders line, and it will surely keep gobbling up our money. But to equate its franchises and reboots and remakes with the entirety of the movies is myopic, and to allow economic concerns to drown out considerations of art is to risk turning gloomy prognostications into self-fulfilling prophesies. The art is out there, as it has always been, and it needs to be discovered, defended and debated. DARGIS AND SCOTT 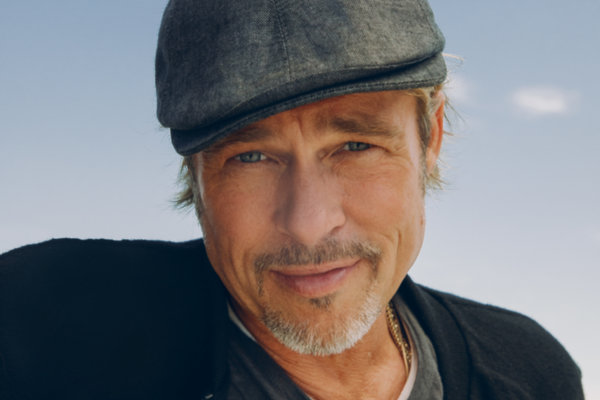 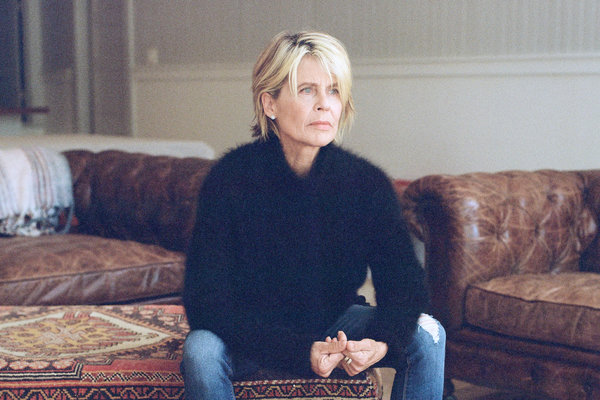 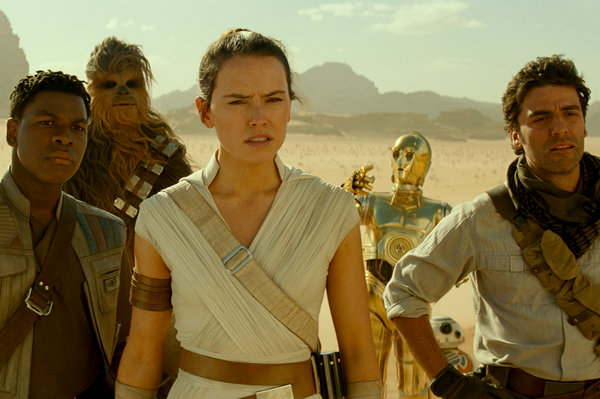 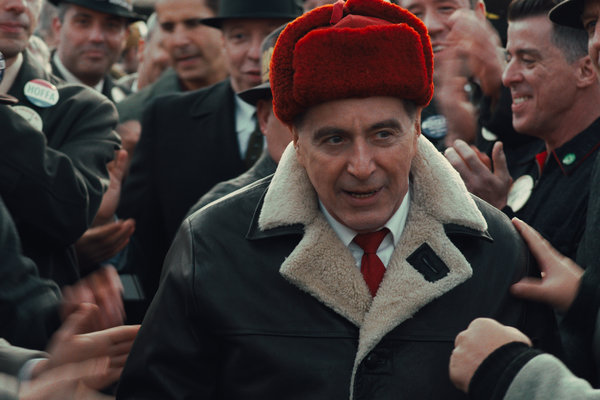 Manohla Dargis has been the co-chief film critic since 2004. She started writing about movies professionally in 1987 while earning her M.A. in cinema studies at New York University, and her work has been anthologized in several books. @ManohlaDargis • Facebook

A.O. Scott is the co-chief film critic. He joined The Times in 2000 and has written for the Book Review and The New York Times Magazine. He is also the author of “Better Living Through Criticism.” @aoscott

Jerry Bruckheimer's Longtime Paramount Deal Will Not Be Renewed