Zack Snyder’s zombies-in-Vegas extravaganza is an exhausting pivot from brilliant to boring, accomplished to shambolic. 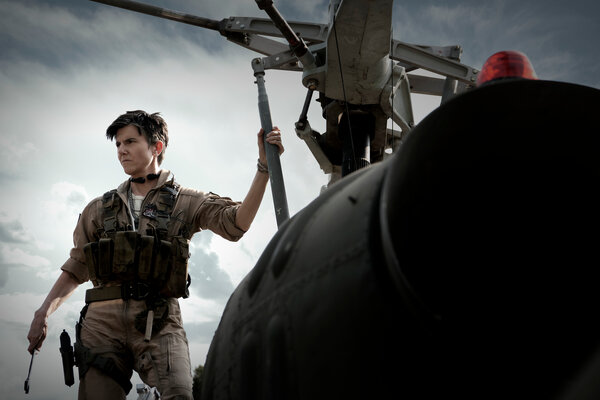 Leave it to Zack Snyder to wonder if “Ocean’s Eleven” could have been improved by the addition of zombies. Netflix, at least, entertained this possibility, and the result is “Army of the Dead,” a prolix heist-horror hybrid whose undeceased are a sight more fun than its living.

That’s just as well, as this supersized bloodletting feels as interminable as a Las Vegas summer. Yet the movie’s prologue — an inspired collision of comedy, camp, carnage and back story — is downright masterly, laying out the origin of the infection that has turned showgirls, Elvis impersonators and a tiger named Valentine into crazed flesh-munchers. In other words, Vegas is still bleeding visitors dry, only now the exsanguination is literal.

Outside the hastily walled-off city, a handful of displaced survivors (led by Dave Bautista with all the expressiveness of a flak jacket) is planning to brave the infected to rob a vault containing $200 million. Aside from Matthias Schweighöfer as a jumpy safecracker and Tig Notaro as a hard-boiled helicopter pilot, the would-be thieves — whose tiresome motivations only cripple the story’s momentum — are singularly unmemorable. All we need to know is that they have just hours to grab the loot before a nuclear bomb will obliterate the city. On July 4, naturally.

With its sticky pacing and divinely unsubtle soundtrack (though The Cranberries’ “Zombie” is always excusable), “Army of the Dead” is an ungainly, yet weirdly mesmeric lump of splatter-pop filmmaking. Its grim images of quarantined refugees and rotting hordes summon a bleakness at odds with its most fun creation: An elite zombie power couple with functioning brains. Snyder should probably have given them final cut.