Home » Movies » A Guide to Watching Scorsese Movies Like an Insider

This article contains spoilers for “The Irishman” and other Martin Scorsese films.

Even at three and a half hours, Martin Scorsese’s new mob drama “The Irishman” brims with details that reward repeat viewings. And as any Scorsese fan knows, the movie is undoubtedly filled with subtle footnotes. One of America’s most ardent moviegoers (and a steadfast advocate of film preservation), the director inscribes his work with his influences. Close inspection of his movies almost always reveals homages to his favorite films, quotations that frequently complement the story at hand. Here is a guide to some of his more memorable allusions from the last 30 years. 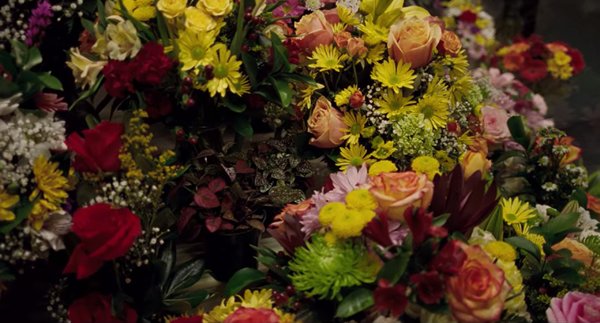 A digression early in “The Irishman” depicts the headline-grabbing slaying of the gangster Albert Anastasia in a New York hotel barbershop in 1957. The execution sequence unfolds in an apparent single take, but as the hit men enter the barbershop, the camera diverges from them and comes to rest on a bed of flowers in a store window. Why flowers? Probably because Alfred Hitchcock’s “Vertigo,” in which James Stewart trails Kim Novak to a San Francisco flower shop, is one of Scorsese’s recurring reference points. The technique of diverting the camera from a murder — as Hitchcock does in “Frenzy” — may also be a tribute.

That’s not even the first reference in the movie. As the journalist Patrick Z. McGavin (a friend of mine) noted last week in an interview with Scorsese’s longtime editor, Thelma Schoonmaker, the opening shot of “The Irishman” is lifted from Samuel Fuller’s “Shock Corridor,” the story of a reporter (Peter Breck) who goes undercover at a mental institution to investigate a murder and ultimately loses his grip. The parallel first shots — the frame opens on the corridor of a mental hospital in Fuller’s film, on a nursing-home hallway in Scorsese’s — suggest affinities: like “Shock Corridor,” the new movie approaches a sensational mystery (Jimmy Hoffa’s disappearance) through the eyes of an unreliable narrator (Robert De Niro’s Frank Sheeran).

To watch: “The Irishman” is streaming on Netflix. “Shock Corridor” is available to buy or rent on iTunes and Amazon, and to stream on IndieFlix and the Criterion Channel. “Vertigo” is available to rent or own on iTunes, Amazon, Google Play, FandangoNow and Vudu.

At the end of “Shutter Island,” we learn that the protagonist (Leonardo DiCaprio) has been replaying a self-destructive fantasy in his mind: He invented an alternate identity to repress his memory of killing his wife (Michelle Williams) after she drowned their children. And who else in the Scorsese cosmology lives for a compulsive dream, dancing until she drops? Vicky Page (Moira Shearer), the ballet dancer in Michael Powell and Emeric Pressburger’s 1948 classic, “The Red Shoes,” which Scorsese’s Film Foundation helped restore shortly before the release of “Shutter Island.” When DiCaprio’s character pulls his dead children from the lake, his daughter is wearing red shoes, which DiCaprio removes, just as the musician played by Marius Goring does from a dying Vicky.

Exiting a cemetery, Vera Farmiga, playing a psychiatrist who works with the police, walks by Matt Damon (as a mole who bears responsibility for the death at hand) without so much as glancing at him. The famous zither score by Anton Karas is the only thing missing from Scorsese’s homage to Carol Reed’s 1949 noir, “The Third Man,” which ends with the American author Holly Martins (Joseph Cotten) waiting to talk to Anna (Alida Valli). But she doesn’t even acknowledge him as she leaves the funeral of the man she loved, Harry Lime (Orson Welles). Scorsese has said that “The Departed” represents the “moral ground zero” of his films, and invoking “The Third Man” calls attention to that idea of pervasive hopelessness. Like the postwar Vienna of Reed’s classic, “The Departed” teems with compromised and untrustworthy characters.

“You’re not extending enough on your follow-through,” Katharine Hepburn (Cate Blanchett) says to Howard Hughes (DiCaprio) as they play nine holes in “The Aviator.” The allusion is obscure even by Scorsese’s standards, but devoted cinephiles have spotted the director’s hat tip to the golf romp “Follow Thru,” released in 1930, roughly when this scene takes place. “Follow Thru” was shot in two-color Technicolor, which recorded in combinations of red and green. The “Aviator” cinematographer, Robert Richardson, worked to mimic that look in this section of the film. Although the Hughes biopic was regarded by some as an impersonal project, only Scorsese would have such a long memory for this overlooked, delightful musical comedy, starring Nancy Carroll and Jack Haley, the future Tin Man in “The Wizard of Oz” (1939).

Historians have complained that during the draft riots of 1863, cannons never actually fired on the Five Points neighborhood where this crime drama is set. But sailors do fire cannons toward a city in Sergei Eisenstein’s “Battleship Potemkin,” so in Scorsese terms, the sequence is spot on. “Potemkin” gets another nod when the camera rushes in on a lion sculpture as rioters raid an estate. (Eisenstein used a montage of lion statues appearing to rouse from sleep to symbolize the awakening of revolution.) Indeed, “Gangs” — shot at the Cinecittà studio in Italy — is best appreciated as history seen through film history. Another Scorsese favorite, Luchino Visconti’s “The Leopard,” set in Sicily around 1860, provides the visual template for one of Daniel Day-Lewis’s entrances, a low-angle shot in which fireworks explode behind him.

Georges Delerue’s composition “Thème de Camille” — from his gorgeous score for Jean-Luc Godard’s “Contempt” — plays multiple times in “Casino,” most pointedly during a violent argument between Ace Rothstein (De Niro) and his wife, Ginger (Sharon Stone), after he has overheard her on the phone saying she wants him killed. The homage here is thematic: “Contempt,” which had a Scorsese-sponsored rerelease in 1997, shows the disintegration of a marriage. So, in their ways, do “Casino” and “Goodfellas.” In that crucial respect, they differ from their new, ice-cold cousin, “The Irishman,” which devotes a single line to Sheeran’s divorce.

Scorsese has acknowledged that the cutaway to Joe Pesci shooting into the camera in the final scene is inspired by “The Great Train Robbery,” Edwin S. Porter’s landmark western from 1903. Including the shot was Scorsese’s way of situating “Goodfellas” within a century of outlaw cinema. But “Goodfellas” may also nod to a more recent touchstone: The shot of boys discovering dead bodies in a Cadillac under an overpass bears a striking resemblance to a sequence in Sergio Leone’s “Once Upon a Time in America” (1984), another movie in which boys discover a life of violence.