Home » Movies » 8 bankers from firms like Morgan Stanley and Allen & Co. who dominated media dealmaking in 2020

It's been a stomach-churning year in media, with the pandemic providing a black swan event that has challenged even the smartest players.

Pivoting is the business plan du jour, and the telecom, media and tech sector bankers have been busy coming up with ways to seize the day for some and rescue plans for others.

In TMT, which refers to the telecom, media and tech sectors, merger and acquisition sector activity swelled to $387 billion in 2020, up 77% versus the prior year, according to Refinitiv.

Some players, like Jeffrey Katzenberg's Quibi, were dead on arrival after soliciting a huge amount of investment from banks. Others like cinema chain AMC Entertainment had to borrow money to stay alive. Univision and Verizon decided it was the right time to put assets on the block. Special purpose acquisition companies, or SPACs, will bring many smaller media players to the public markets with bankers playing Pied Piper.

Investment bankers are used to working around-the-clock hours at breakneck speed, but this past year has put best-in-class financial engineers to the test, and the pace of dealmaking won't be slowing down anytime soon.

Business Insider talked to senior executives across the spectrum to identify the go-to media bankers in the sector to watch. 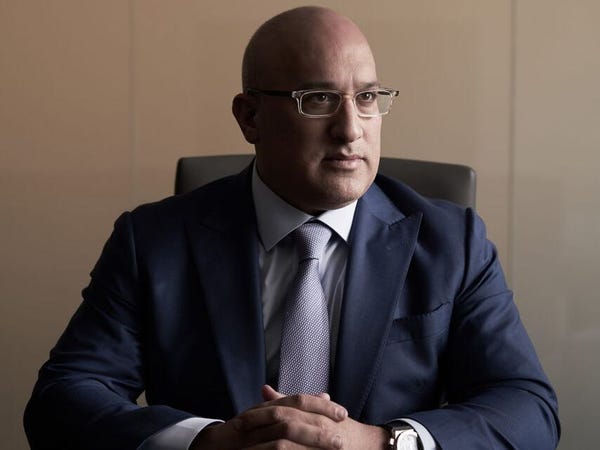 They say all roads lead to Rome, and the same could be said of Aryeh Bourkoff, who sits at the nexus of the most headline-grabbing media transactions (and a lot more that happens behind closed doors).

Bourkoff, who built his own investment bank LionTree after years at UBS, is fond of quoting big thinkers in his annual looking-ahead letter.

Bourkoff's company was behind deals such as ViacomCBS' sale of book publisher Simon & Schuster to Bertelsmann's Penguin Random House; and audio firm Wondery's sale to Amazon.

LionTree advised on other agreements in the audio space with E.W. Scripps' sale of Stitcher to SiriusXM.

And in Spanish-language media, Bourkoff helped crunch the numbers on the Univision sale of a majority stake to ForgeLight, Searchlight, and Televisa. He also helped Jeffrey Katzenberg sell the Quibi library, which was picked up by Roku.

In his most recent year-end letter, Bourkoff shared Marcus Aurelius' observation that "Most of what we say and do is not essential," adding that media players must make decisions that are essential. Bourkoff, who is both down-to-earth and cerebral, told readers that if there's a wave, it's time to grab the surfboard. 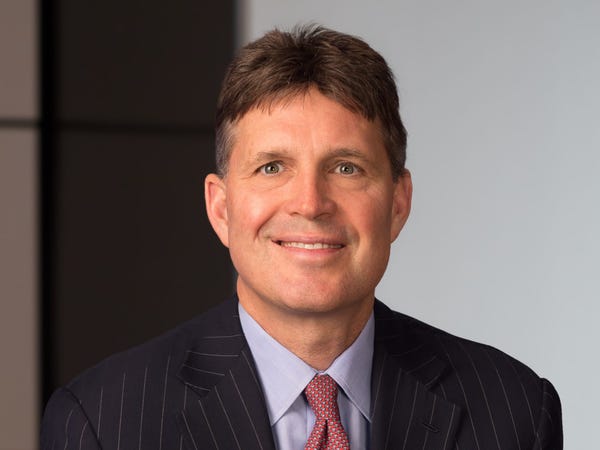 If there have been seismic, landscape altering deals then Goldman Sach's Kurt Simon was part of the conversations that created them.

Simon advised on AT&T's acquisition of Time Warner and its subsequent defense against activist investor Elliott Management at the beginning of 2020. He also advised Disney on its acquisition of Fox.

Goldman was also involved in some huge deals in 2020, including acting as lead advisor to S&P in its purchase of IHS Markit, information provider. The all-stock deal was valued at $44 billion.

Simon joined the firm as a partner in 2018 after 16 years at JP Morgan, most recently as global chairman of mergers and acquisitions. Before that, he was head of the TMT investment banking practice.

He earned a BA from Duke University in 1987 and an MBA from the Wharton School of Business of the University of Pennsylvania in 1991. 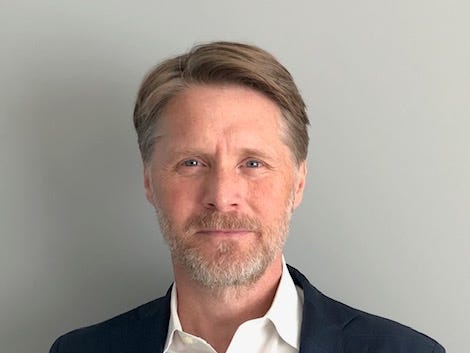 Sam Britton has been busy the past 12 months with a lot of tech and media deals such as the sale of eBay's StubHub to Viagogo for $4 billion and the $7.5 billion sale of videogame company ZeniMax to Microsoft.

The San Francisco-based Britton, who's been in the business for 25 years, described tech M&A as being "on fire" in 2020.

"This is a business where experience begets more activity, and there's a virtuous circle there," he said of Goldman's ability to attract significant business.

He noted that companies are looking at both an IPO track as well as strategic acquirers as they turn to 2021. 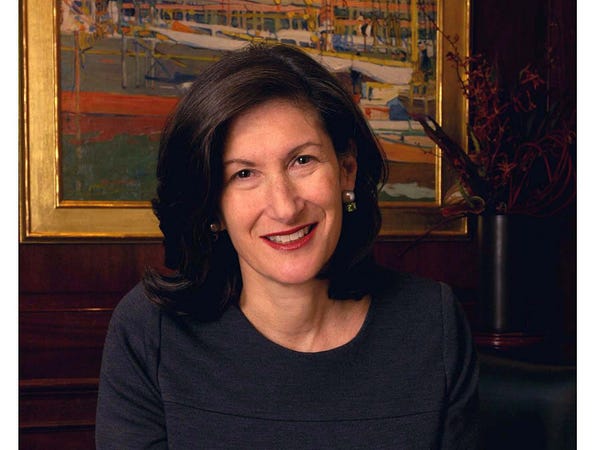 Nancy Peretsman has been a fixture of the media deals for decades, but she's still close to the grassroots when it comes to spotting what's around the corner.

Peretsman is one of the most prominent women in finance, with decades of experience at boutique firm Allen & Co., where she is a managing director. Over the years, she's worked on Google's IPO, was a banker for AOL, and advised News Corp. in its purchase of Dow Jones.

In the past 12 months, Peretsman has advised on Fox's acquisition of Tubi, a $500 million deal; Twitter on its agreement with activist investor Elliott Management; Magic Leap on its private placement; and News Corp.'s sale of News America Marketing to Charlesbank Capital Partners.

Outside of media, Peretsman advised Deliveroo on its private placement financed mostly by Amazon.

"2020 was a year of extraordinary activity raising capital for a whole group of exciting companies. It's a new form of online media business," she said of the new crop of direct-to-consumer companies.

Peretsman also advised Graham Holdings on the sale of an audio venture to Spotify and Vimeo spinout from IAC. "It makes more sense to spin it off into the capital markets than to sell it," she said, of what will likely be a common theme this year. 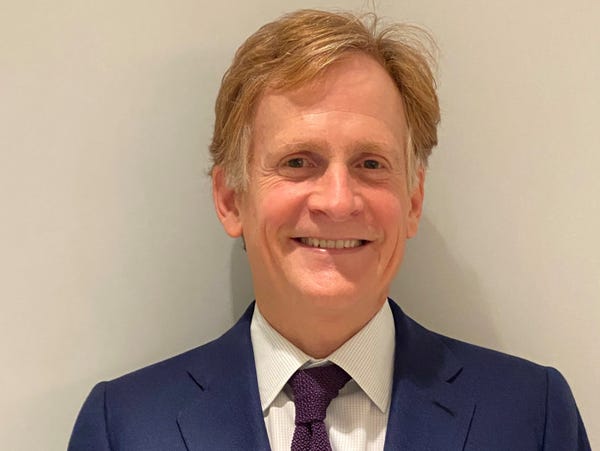 Max Herrnstein has been in the media business for over 30 years as an investment banker, venture capitalist and strategy consultant. He currently chairs the Global Media & Communications Group at Morgan Stanley, having worked on a range of deals in digital media, advertising agencies, sports, music and broadcast and satellite communications.

In 2020, he worked on Disney's $11 billion bond offering in May, followed by Warner Music Group's $2.2 billion initial public offering in July. Herrnstein closed out the year as an advisor to Spanish-language media giant Univision, which sold a majority stake to Searchlight Capital Partners and Forgelight. The deal closed in December. 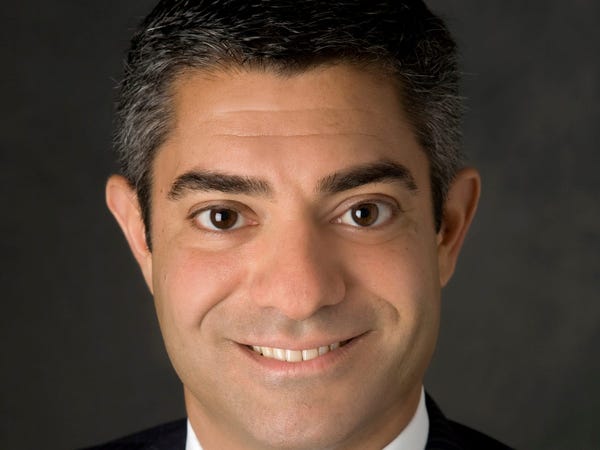 Navid Mahmoodzadegan is always in the midst of multi-billion dollar media M&A activity. As co-president and a founding partner of Moelis & Company, he's worked on a host of deals this past year, from Univision's stake sale to AMC Entertainment's exchange offer and capital raise to ION's sale to E.W. Scripps.

Among other deals, he was a financial adviser to Expedia on its $1.2 billion PIPE (private investment in public equity) and related financings, worth $4 billion.

Mahmoodzadegan's expertise crosses broadcasting, cable, publishing, entertainment, satellite and digital media sectors. He spent six years at UBS, most recently as the global head of media investment banking, and was a member of its Investment Banking Department Americas Executive Committee. He began his investment banking career at Donaldson, Lufkin & Jenrette. 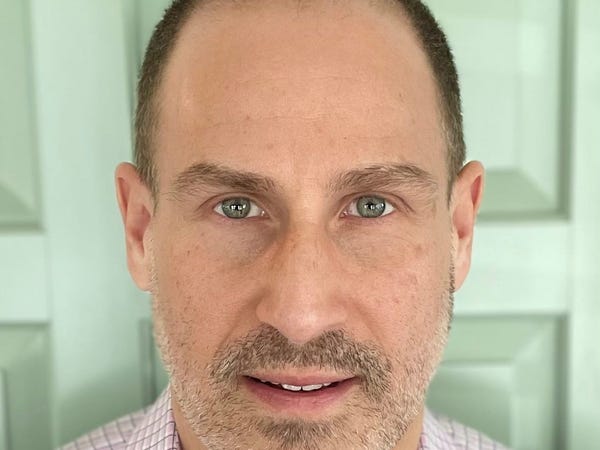 Evercore duo Jason Sobol and Nathan Graf had a busy year advising Red Ventures on its acquisition of CNET, which ViacomCBS sold for $500 million after buying it for $1.8 billion in 2008.

Among other deals, the two advised on the Scripps family's interest in E.W. Scripps' acquisition of ION Media for $2.65 billion in September. Warren Buffett's Berkshire Hathaway made a rare media deal, agreeing to pour $600 million into the mix to help the purchase along.

On a smaller scale, Evercore also advised Edmunds, which received an equity investment from Carmax in January 2020. Sobol also advised on McClatchy's sale out of bankruptcy court to Chatham Asset Management.

Steven Spielberg's 'West Side Story' Wraps, So the Sharks and the Jets Can Cool It Now

'The Outpost' Movie Review: A Tribute To the Real Soldiers

'Crazy Rich Asians' Director Denies Brenda Song's Claim She Was 'Not Asian Enough' to Audition: 'Would These Words Ever Come out of My Mouth?'