Deschanel, 40, and Scott, 41, were joined by the actress’ big sister, Emily Deschanel, and the homemaker’s twin brother, Drew Scott, during a new episode of AppleTV’s Carpool Karaoke: The Series that was filmed late last year. In the sneak peek, the group bond over music and perform a Christmas rendition of Britney Spears’ “…Baby One More Time,” which they blend with “Baby It’s Cold Outside.”

The one-minute clip also features a moment where the group compare their shared experiences of growing up with siblings, which led them to cover K-Ci & JoJo’s hit “All My Life.” The New Girl alum was in the driver’s seat, while Jonathan was seated beside her in the passenger’s seat.

Toward the preview’s end, the 500 Days of Summer star and 43-year-old Bones alum team up to put on a Property Brothers-inspired musical. The sister duo put their best foot forward, even getting in costume for their performance. “If I buy it you can fix it / If I fix it you can list it / We’re brothers in property,” the sisters sing.

In response to the quirky song, Jonathan asks, “What is happening here?” Drew, in turn, adds, “I don’t know, but it’s amazing!”

This past September, a source told Us Weekly exclusively what exactly allowed the couple to bond during their Carpool Karaoke interaction. “Jonathan and Zooey had instant chemistry when they met on set,” the insider said at the time. “They’ve bonded over their love of music, film, theatre — and Christmas carols.” 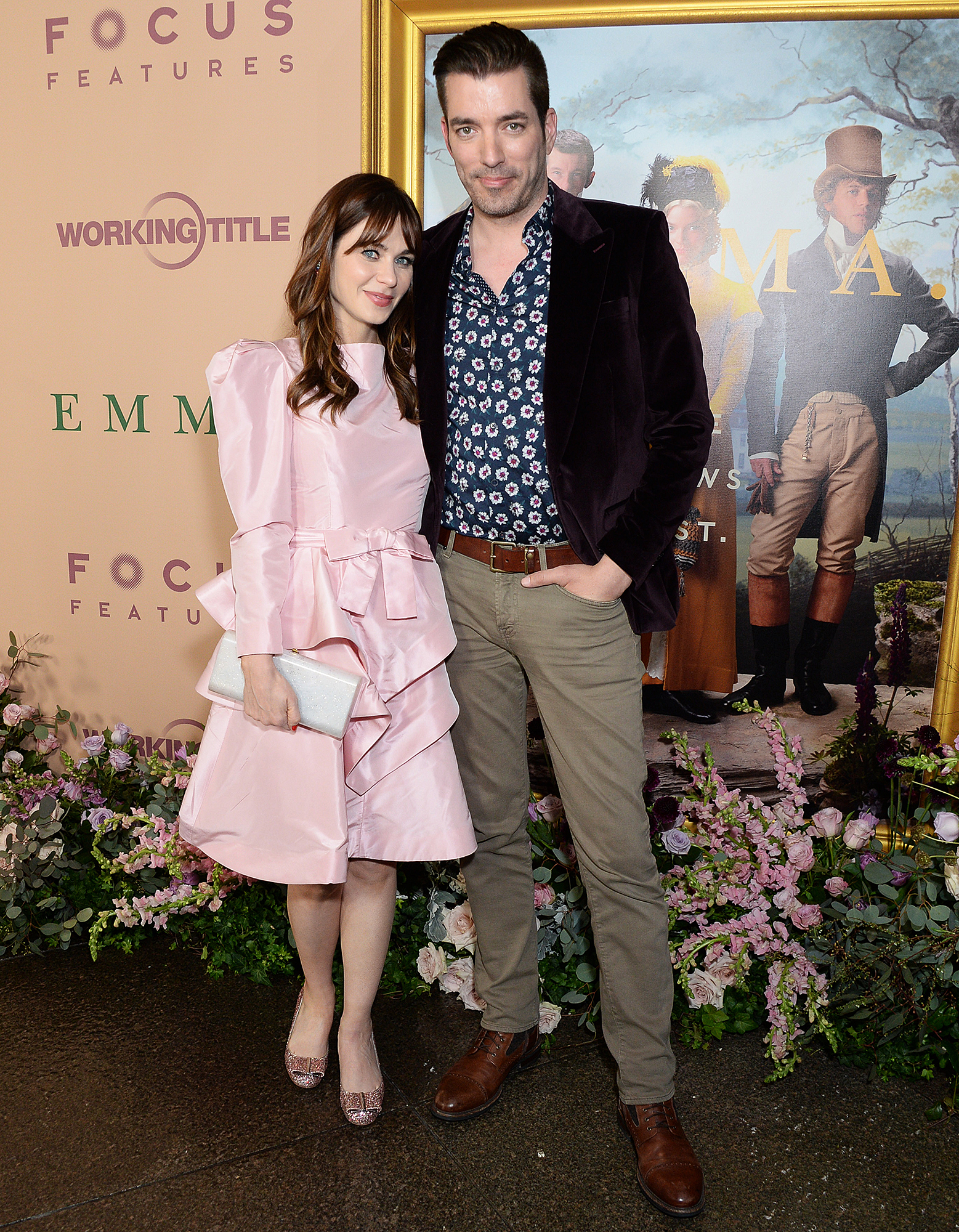 The source revealed that Zooey and Jonathan “have a similar sense of humor” and “became friends and started texting and talking on the phone and it blossomed from there.”

Zooey and Jonathan’s relationship even scored the stamp of approval from Drew, who told Us that month, “[They’re] both amazing people, and I think it’s great. It’s exciting. And it means I get to get Jon out here to spend more time with us in L.A.”

Earlier that September, multiple sources confirmed to Us that Zooey had begun dating the HGTV vet. The romance news came weeks after Us confirmed that the Failure to Launch actress was ending her four-year marriage to Jacob Pechenik.

“After much discussion and a long period of contemplation we have decided we are better off as friends, business partners and co-parents rather than life partners,” the estranged pair, who share daughter Elsie Otter, 4, and son Charlie Wolf, 2, told Us in a joint statement. “We remain committed to our business, our values and most of all our children.”