Home » Celebrities » Zac Efron Looks SO DIFFERENT! And Twitter Is Not OK!

OK, we’d tell you to sit down or hold onto something, but if you’re here you probably already saw (above).

Zac Efron has a new look… and it’s making a whole lot of social media users make this face: 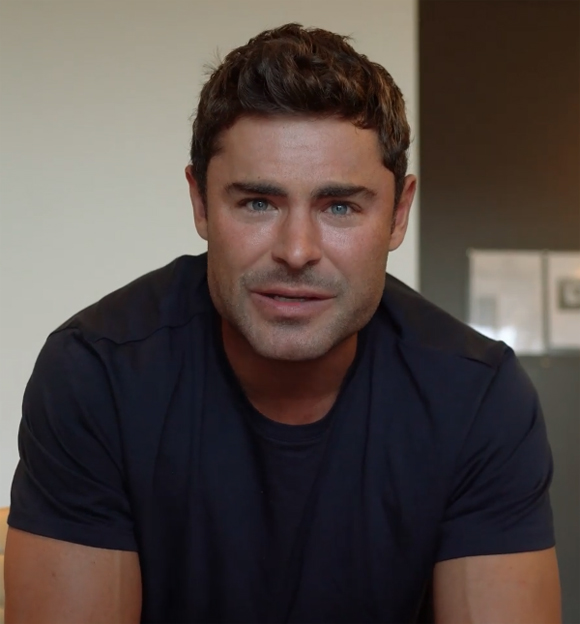 The special featured celeb guests like Justin Bieber, Desus & Mero, and TikTok stars Charli and Dixie D’Amelio. But it was Zefron’s appearance — in both senses of the word — that had everyone talking.

What’s going on with Zac?? We mean, if it weren’t for those perfect, piercing blue eyes would we even be able to recognize him??

A lot of folks are assuming plastic surgery, but WHY? Surely we would have heard about the arrest of any doctor who touched that beloved face, right?

Maybe he’s just been getting more and more buff? So much so that the muscles in his face have grown to bulging proportions as well?

We know he said about this time last year that he didn’t want to ever have a Baywatch body again, but maybe that was less about being ripped and more about being shredded? What we mean is, maybe it wasn’t the muscle mass he was trying to stay away from, just the lean 8-pack — and the strict diet it required? Was his previous look the result of not eating carbs for basically his entire adult life, and this is him growing into the face he was always meant to have?

Then again, it could just be aging. He does kind of look like he just went through another puberty and became even more of a man. LOLz!

He had been wearing a beard for a long time on his Netflix show Down To Earth. Maybe the change has been really gradual, and we couldn’t see it under the facial hair?

Whatever changed, it seems Zac will never look the same. And that is NOT sitting well with a great many fans who have become accustomed to his face. His beautiful, angelic face…

Yeah, Twitter really took this one on the chin. And we can’t say we blame them — though we need to say in the strongest, clearest possible wording: we aren’t saying Zac looks BAD now. Like that could ever happen! The man is certainly looking more manly than ever. Definitely less of an adonis. What’s freaking people out is how DIFFERENT he looks.

Others had varying opinions. See some of the.. *ahem* strongest reactions (below):

How do YOU feel about Zac’s new look? Let us know in the comments (below)!