Home » Celebrities » Will BTS’ 2021 Comeback Be At The BBMAs? This Fan Theory Is Pretty Dang Convincing 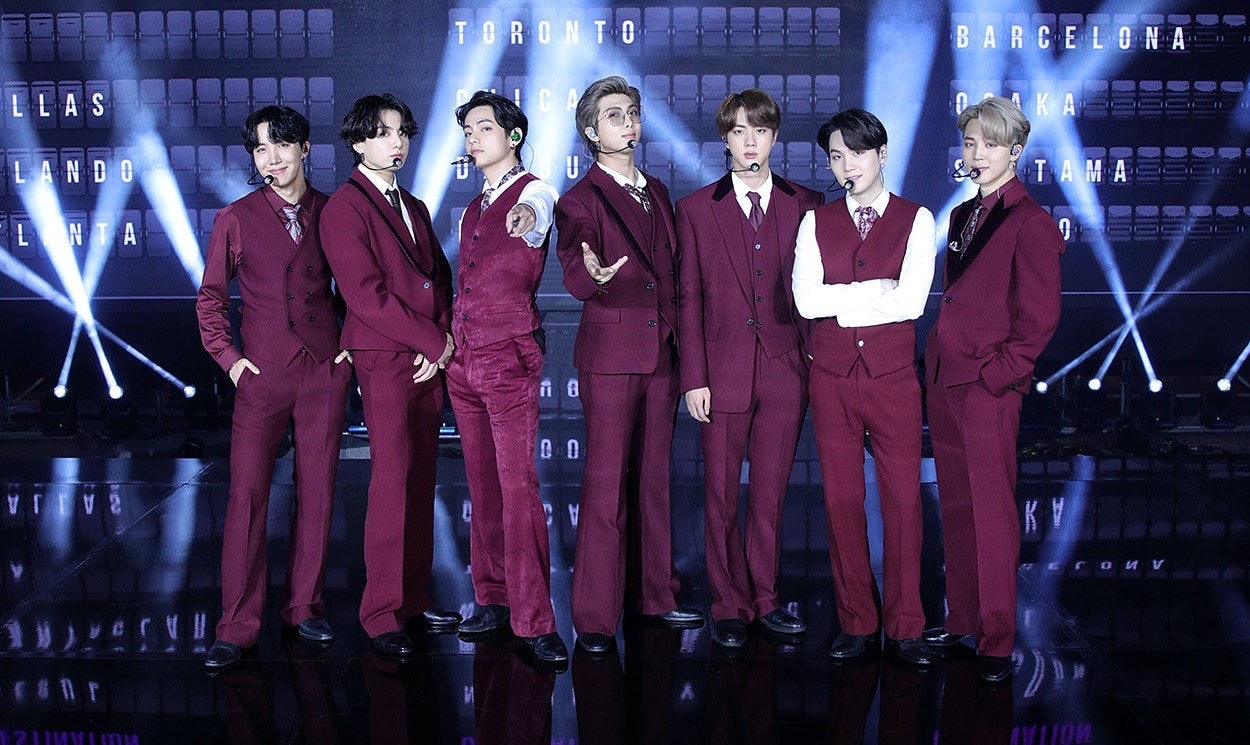 BTS’ history with the Billboard Music Awards goes way back. They made their U.S. television debut at the 2017 BBMAs by accepting the award for Top Social Artist that year. Then, in 2018, they performed on the show for the very first time as part of their Love Yourself: Tear comeback. Since then, the group has become a regular performer. With rumors swirling new music from them is coming soon, fans are asking, will BTS’ 2021 comeback be at the BBMAs? The timing definitely lines up with their rumored comeback date.

Fans first suspected the septet will appear on this year’s show when the Korean media outlet Sports Donga reported on April 4 BTS is releasing a new single next month. The BBMAs is on Sunday, May 23, so they had high hopes BTS would do a repeat of 2018 and make their comeback on the show. On April 13, their theories were all but confirmed when JoyNews 24 reported BTS will likely drop their new album on Friday, May 28. A lot of fans believe the group will drop their single on Friday, May 21, and then perform it at the BBMAs that weekend in promotion for their upcoming record, which they think will drop on the 28th like reports say.

Since BTS has appeared on the show every year since 2017, the theory is convincing, especially because they’ve performed a new song every time. "bts will never perform an old song so single debut performance in bbmas. I’m gonna go ahead and say we will get a mic drop 2.0 single with heavy promotions like dynamite and more," one fan tweeted.

BTS always makes their BBMAs appearances so memorable. For their debut performance in 2018, they performed "Fake Love" off their LY: Tear record for the first time. Since K-Pop comebacks usually happen on Korean music television shows, their comeback was praised for being different and unexpected. In 2019, they took the stage with Halsey for their "Boy With Luv" collaboration, and in 2020, they performed their No. 1 single "Dynamite" virtually from Korea.

Fans are convinced their rumored 2021 BBMAs performance will be the best one yet.