It was a big week for the Kardashian-Jenner clan as Kim Kardashian West turned 40. The reality star first showcased her surprise party on a special episode of Keeping Up With the Kardashians and then flew her closest friends and family to a private island for a tropical getaway.

As the siblings — even Rob Kardashian — all posed for a group photo, the youngest member of the family, Kylie Jenner, was noticeably absent.

A source tells ET that Kylie was the only member of her family that was unable to attend the trip due to work commitments.

A source previously told ET that the Kardashian-Jenner clan left for the vacation last Wednesday, which was Kim’s actual birthday.

Kylie has been busy! She released a new Leopard collection with her makeup brand, Kylie Cosmetics, earlier this week and appeared in a Halloween makeup tutorial with James Charles on his YouTube channel.

bad kitty😛😛 my new leopard collection launches on the 26th only on KylieCosmetics.com 🤎

But it hasn’t been all work and no play for Kylie. She also enjoyed a weekend getaway with Travis Scott and their 2-year-old daughter, Stormi. The 23-year-old reality star was spotted exiting a plane in Los Angeles with Travis and their daughter nearby.

On Sunday, Kylie shared some cute videos of her and Stormi swimming in the pool with their clothes on at Kylie’s L.A. mansion.

In addition to Kylie’s absence, fans were also curious about the whereabouts of Kanye West, who did not appear in Kim’s many family photos. But on Tuesday, Kourtney Kardashian shared a pic of Kanye riding a bike in a navy shirt and black pants as she walked alongside him in the tropical locale. 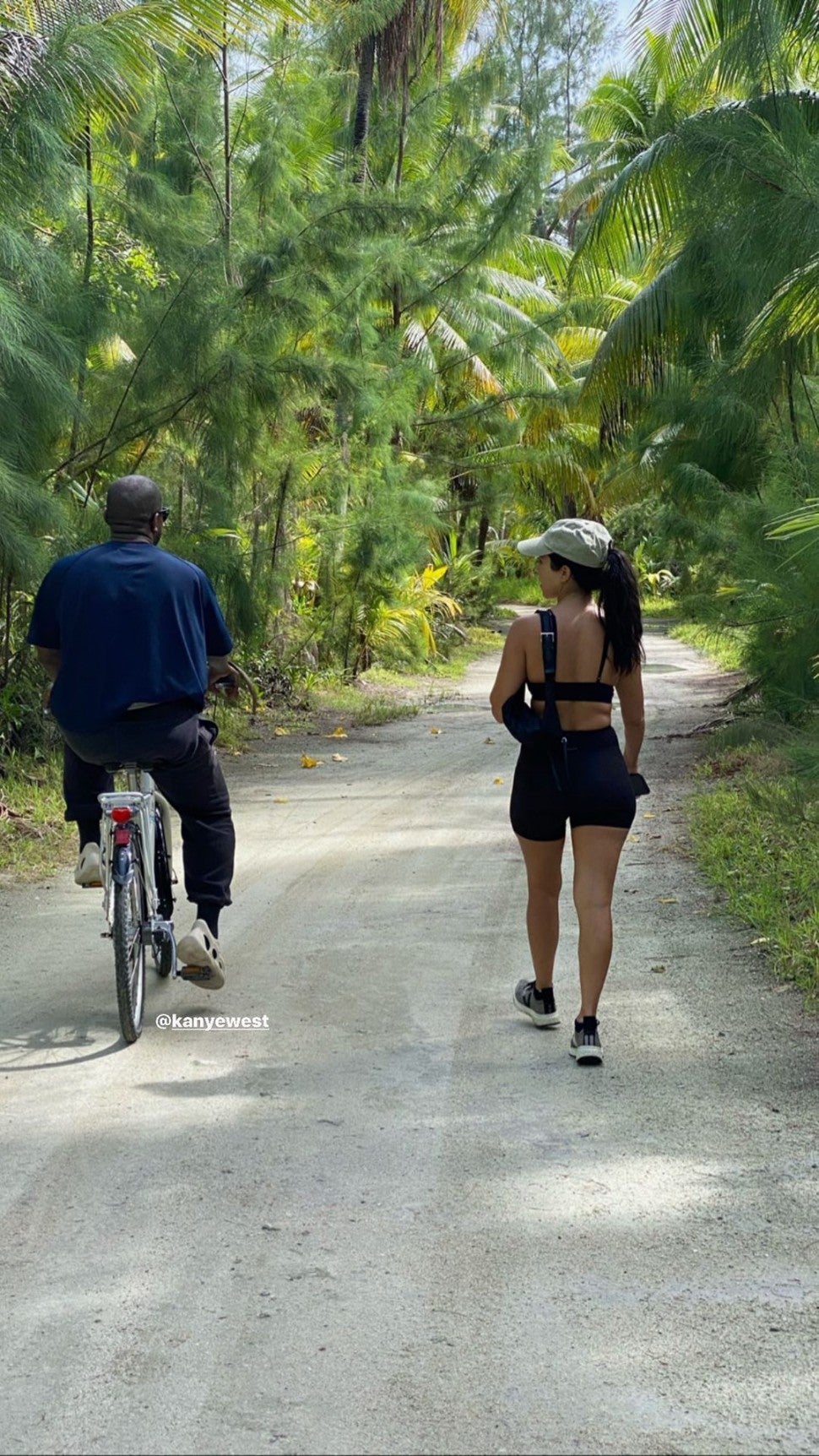 For more from Kim’s birthday fun, watch the clip below:

Paul Stanley: KISS Treated Like Crap By Rock And Roll Hall Of Fame