Hanging up her gold medals. Aly Raisman has no plans to return to gymnastics anytime soon, despite her overwhelming success in the sport.

Olympic Athletes: Where Are They Now?

“I’m not doing any gymnastics,” the Olympian, 26, exclusively told Us Weekly on Wednesday, May 12, while discussing her World Wellness Break virtual event with Club Pilates and Sanvello. “It’s not really one of those sports where you can just go back and practice. It’s a little bit harder. It would have to be at a very basic level just because the skills that we were doing are so difficult that it would, if I were to go back right now, I would probably get very hurt unless I just did very basic stuff. But right now, I’m not interested in doing that but maybe in a few years I’ll want to play around. But I kind of lived my whole life in the gym that it’s fun to try other stuff.” 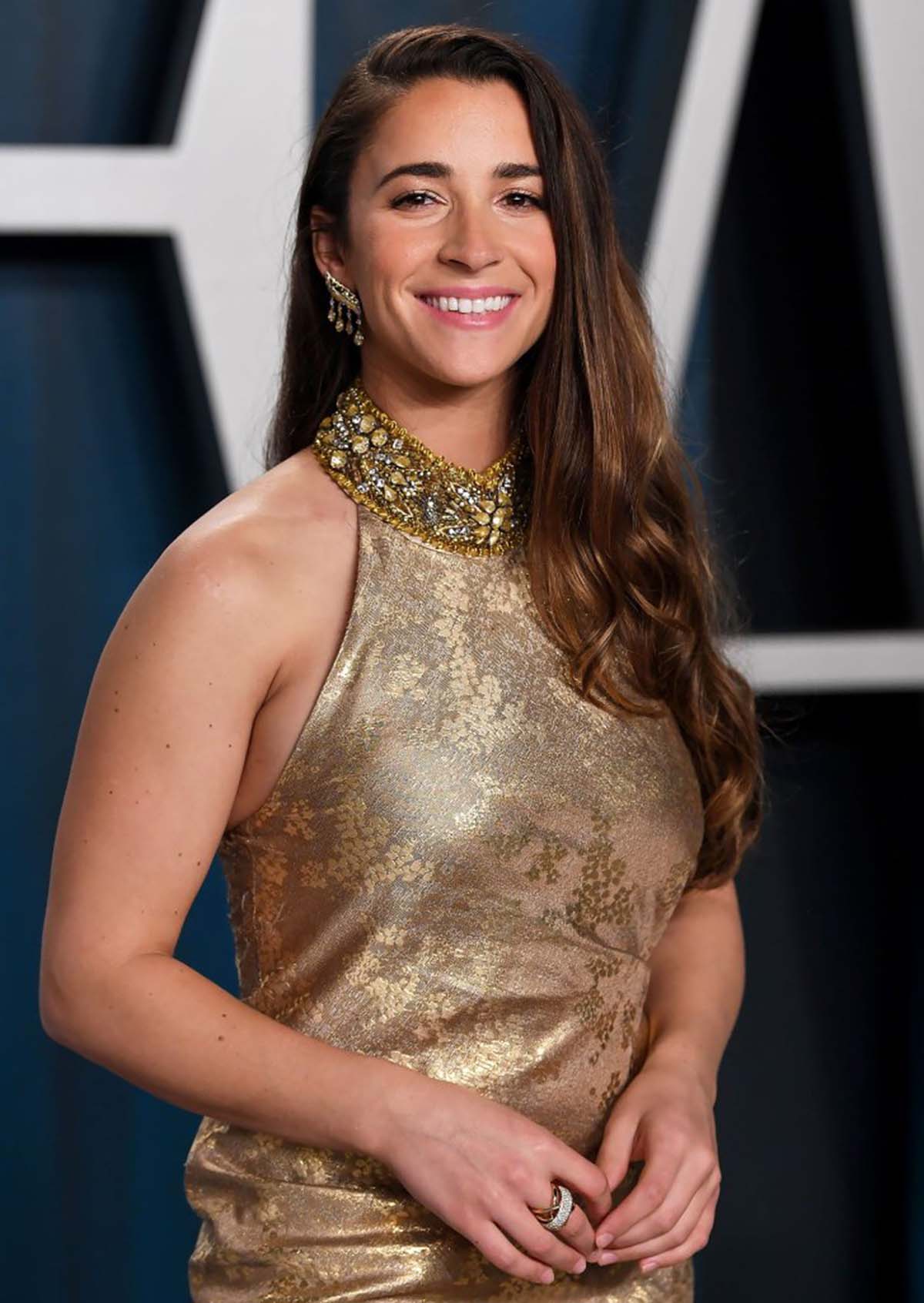 Raisman was the captain of the 2012 and 2016 U.S. women’s Olympic gymnastics teams. She won three gold medals, two silver medals and one bronze medal during her tenure. She confirmed her retirement in January 2020.

Olympics 2021: Team USA Athletes to Watch Out For

Since then, the athlete has focused on pursuing new activities, including those that center around her mental health.

“I found gardening has been really relaxing for me and really healing for me, doing different guided meditations and stuff like that,” she explained. “Sometimes if I’m working out at home and doing Pilates, I’ll actually put on a guided meditation at the same time, just because I find it really helps me be present within the workout. So I’ve found just experimenting with different stuff [works]. Then I try to just check in with myself throughout the day, and if there’s an evening where I still [feel] really relaxed and more calm than usual, I will reflect on what I’ve done the last few days, especially that day, and try to see what it was that helped me feel more relaxed and figure out how I can incorporate that into my routine.” 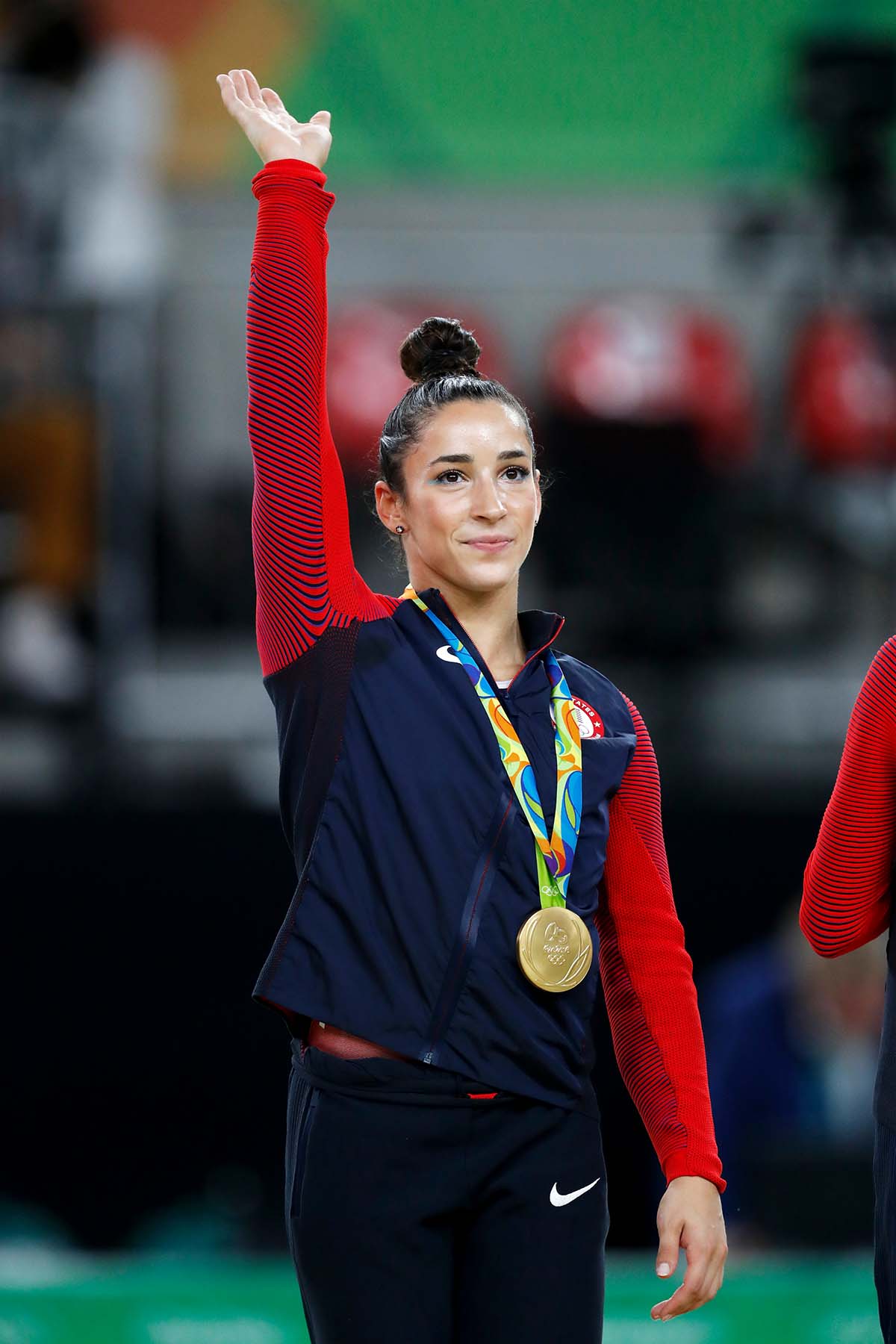 Raisman’s past still informs the way she approaches every day, though. “I think as an athlete, I was always on all the time, so I’m just working on, even when I’m on the phone right now, just relaxing my body and making sure I’m not holding too much tension,” she noted, adding that the Sanvello app has “helped [her] become more aware” of her mental health.

Stars Who’ve Spoken Out About Mental Health Amid Pandemic

While the former gymnast has no desire to compete herself, she has moved on to another stage in her career: coaching.

“I’m working with Woodward gymnastics camp, and I’ll be at the camp for a couple of sessions during the summer. I’m the gymnastics program designer,” she detailed. “We’ve been working really hard behind the scenes on sort of elevating the gymnastics program, and I’m excited to be able to be in person and meet the kids, hang out, coach gymnastics that just incorporate different fun, conditioning stuff. We’ll even incorporate some fun Pilates exercises into the gymnastics because they’re going to be able to try different stuff like horseback riding, even gardening, maybe some fun cooking classes, just different stuff. Because we want them to obviously come and enjoy the gymnastics aspect of it but also to know that they’re more than just a gymnast and to give them the opportunity to try other things.”

Prior to her new gig, Raisman partnered with Club Pilates and Sanvello to host the World Wellness Break virtual event on May 1, combining two of her passions.

“In some of my training, there is some sort of Pilates-type exercises that we’re doing because in gymnastics, that’s really important to try to make sure as many muscles as possible are really strong. It’s a really delicate balance of being flexible but also having enough strength to withstand all of the pounding and everything that we do,” she told Us. “I started going to Club Pilates classes with my mom a couple of years ago. My mom’s worked [out] with her friends too, and we just really enjoyed [it]. It’s kind of our way of also spending time together. I personally feel much better when I do Pilates versus rather than doing a cardio workout. I found that my body just responds really well to it.”

Adele Goes Glam in a Silky Dress at Her Christmas Party