Home » Celebrities » Who Is Michelle On Matt’s ‘Bachelor’ Season? Here’s What To Know About Her

Heading into The Bachelor, viewers know many of the contestants aren’t just there for love. While sure, finding your perfect partner on-screen is great, getting fame basically overnight isn’t a bad deal either. Occasionally, however, a cast member comes along who might truly be ~there for the right reasons,~ and it looks like the Jan. 25 additions to Season 25 might have one of those fabled contestants. Michelle, who is a newcomer on Matt’s Bachelor season, is clearly a breath of fresh air for the show.

While it’s unorthodox for new women to be added to the show after multiple rose ceremonies have happened and connections have been made, this is The Bachelor. You have to expect the unexpected. And in a promo released on Jan. 4, the unexpected majorly happened when a limo pulled up to Nemacolin Resort with five new contestants in tow, including Michelle.

Some of the newbies clearly wanted to stir the pot (looking at you, Brittany), but Michelle seemed genuine. It’s not just her calm demeanor that makes her look like the real deal, but something she’s clearly lacking that other contestants aren’t: A strong social media presence. Most cast members head into the show with tens of thousands of followers and modeling contracts, but Michelle’s Insta is different. 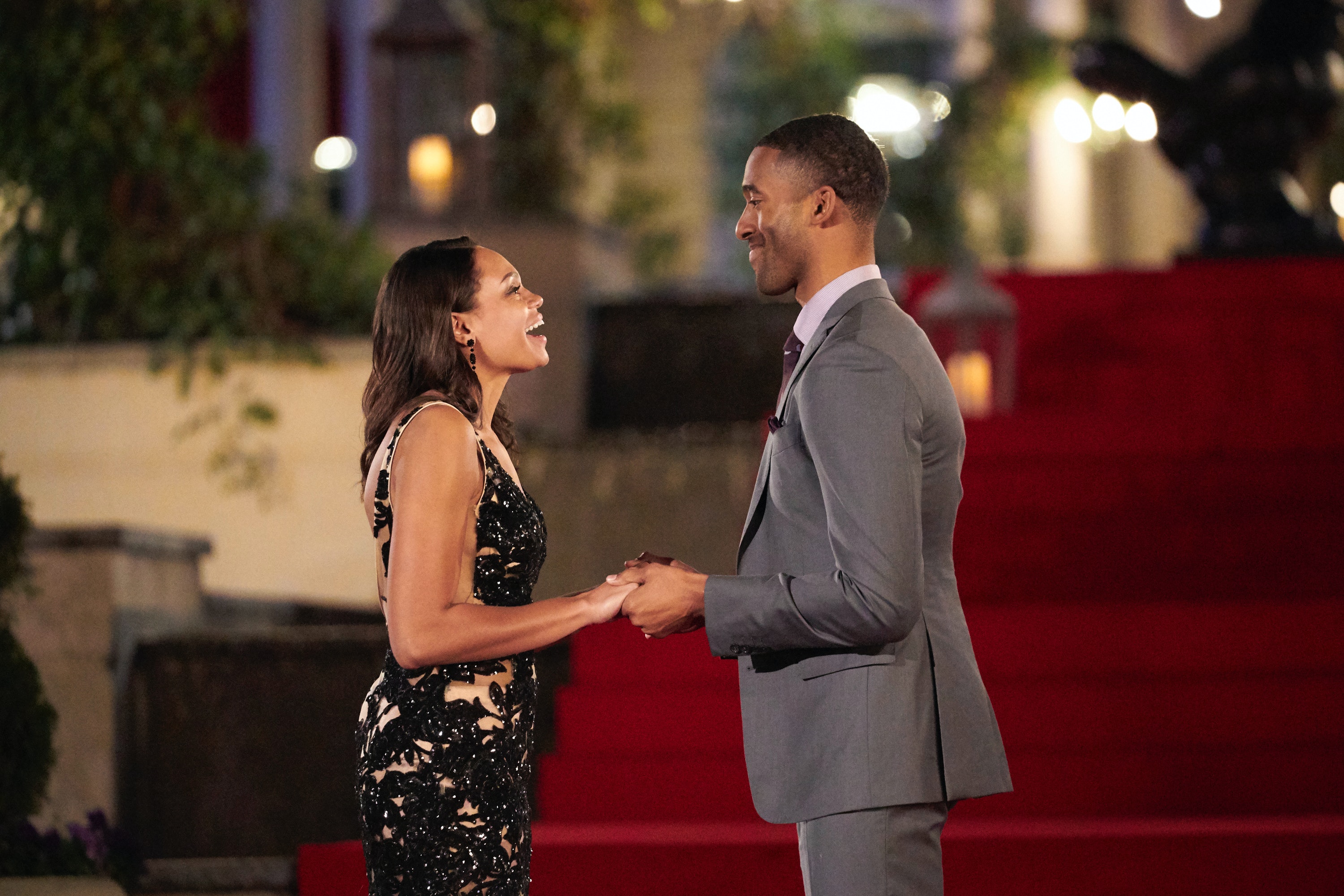 Not only was her IG created back in April 2020, but she only has five posts and 5,200 followers as of Jan. 25. Michelle’s grid includes a birthday shoutout to a friend, a throwback to her college basketball days (she used to play Division I), and her Bachelor cast photo. While having tons of followers and professional photos doesn’t mean you aren’t looking for love, it’s nice to see someone who doesn’t appear to be in it for the clout.

If that’s not proof enough, after checking out her ABC bio, Michelle’s clearly ready for a commitment. The 27-year-old from Minnesota is an elementary school teacher who "focuses on preparing her students to be the next generation of community leaders." While she’s a self-proclaimed "over-worker," she said she’s ready to settle down, find love, and start a family. She wants a partner who’s "loyal, compassionate and supportive, and shows love through acts of service." Additionally, she’d like him to be "confident but not cocky" and "look at her as his equal in all things."

When she’s not shaping minds or throwing it back to her hoop days, she’s probably tasting different ice cream flavors, hitting up local food trucks, or dreaming about a man she can team up with to "make the world a better place." It sounds like Matt could be her perfect match, but fans will have to wait to see if they’re destined for a lifetime of changing lives and sharing ice cream cones as his journey to find love continues.

Hugh Jackman jaunts down the beach and more star snaps