Home » Celebrities » Who Has Luke Bracey Dated? His Relationship History Is Mysterious

The Hemsworth brothers aren’t the only hotties from Australia, and if Luke Bracey isn’t on your radar yet, then you’ve been missing out. After seeing the actor in Netflix’s latest rom-com, Holidate, fans are curious about Luke Bracey’s relationship history, but he tends to keep his love life on the DL. While it’s clear he’s not dating his Holidate co-star (as Emma Roberts is currently expecting her first child with Garrett Hedlund), it’s not clear whether Bracey is romancing anyone else at the moment. However, it seems to me the actor is currently single and (possibly) ready to mingle. (Elite Daily reached out to Bracey’s rep for confirmation on his current relationship status but didn’t hear back in time for publication.)

Ever since Bracey got his start on the Australian soap Home and Away back in 2009, he’s kept his personal life fairly private (though that hasn’t kept fans from wondering about it). The actor isn’t romantically linked to anyone at the moment, but he has reportedly wooed a few ladies in the past, including a Swedish rapper, a fellow Aussie actor, and Timothée Chalamet’s rumored ex. Though you probably won’t hear Bracey open up about those maybe-relationships during interviews, here’s a look at the Holidate hunk’s mysterious dating history. 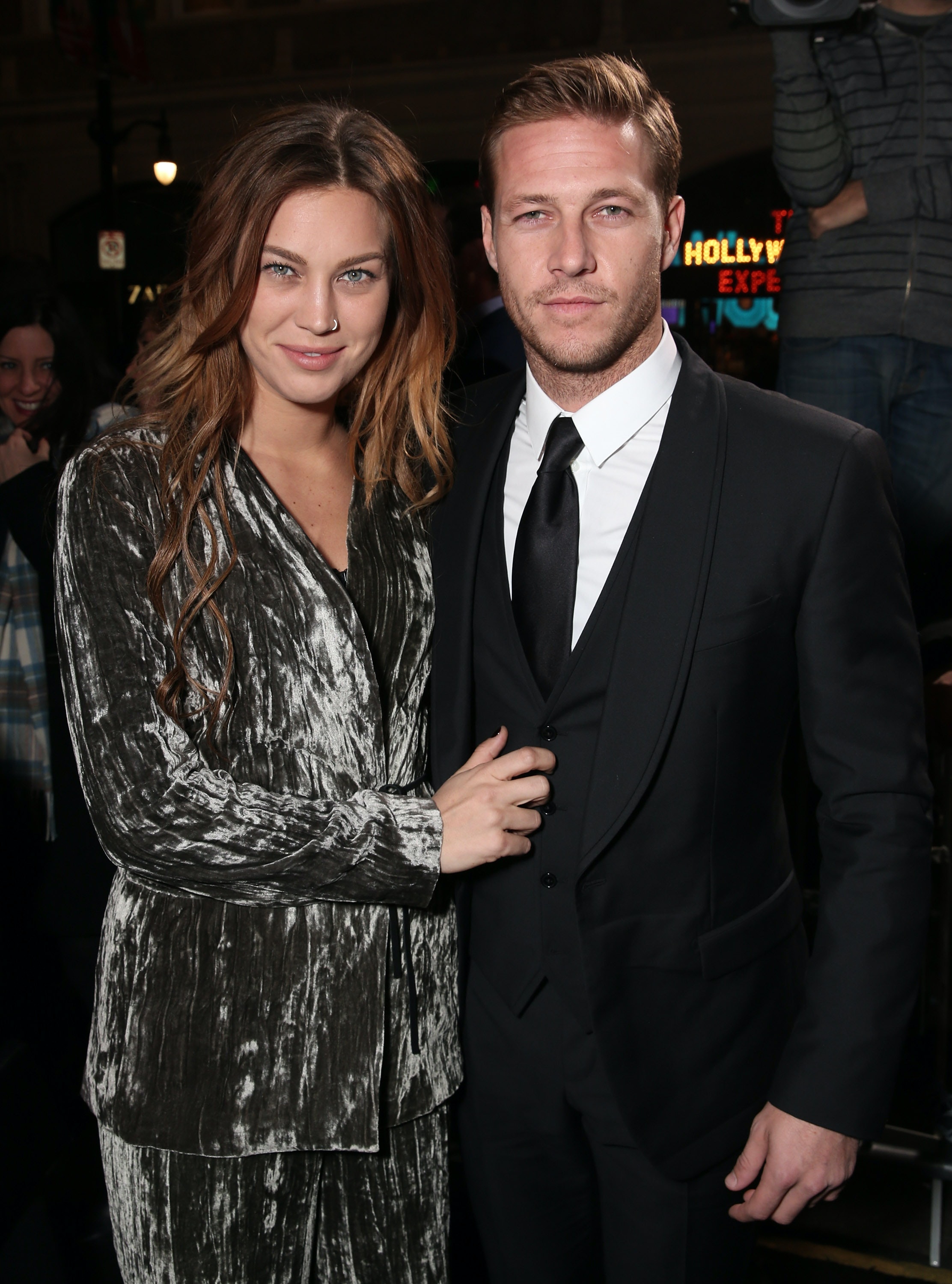 In December 2015, Bracey took Swedish musician Ellinor Olovsdotter (a.k.a. Elliphant) as his date to the premiere of his movie Point Break, sparking dating rumors. A few months before that, Olovsdotter took to IG to share a cute pic from when she seemingly visited Bracey on the set of his 2016 war drama Hacksaw Ridge (based on the army fatigues he’s wearing), though she has since deleted the pic.

Later, in February 2017, Olovsdotter shared an intimate black-and-white pic of herself and Bracey on IG captioned, "Me n My person," which she’s also since deleted from her grid. Little else is known about the maybe-couple. (Reps for Bracey and Olovsdotter did not respond to requests for comment on their reported relationship at the time of publication.) After parting ways with Olovsdotter, Bracey started seeing Australian soap actor Olympia Valance. Though it’s not clear when the two started dating, Valance made it clear something was going on in December 2018, when she shared a pic of Bracey in a towel on her Instagram Story with the caption, "What’s not to love?" Not long after, she posted a Story of Bracey sitting across from her at a table with the caption, "Perfect night with the perfect man," and soon after that, Valance’s mom posted a Instagram of Valance and Bracey at a winery in Victoria, Australia.

In January 2019, the two were spotted looking couple-y at the Australian Open, and Valance finally confirmed their romance a month later. "He’s very supportive. I’m very happy," she told WHO magazine. It’s unclear when the couple split, but by the summer of 2019, Valance was boo’d up with AFL star Thomas Bellchambers, to whom she’s now engaged. 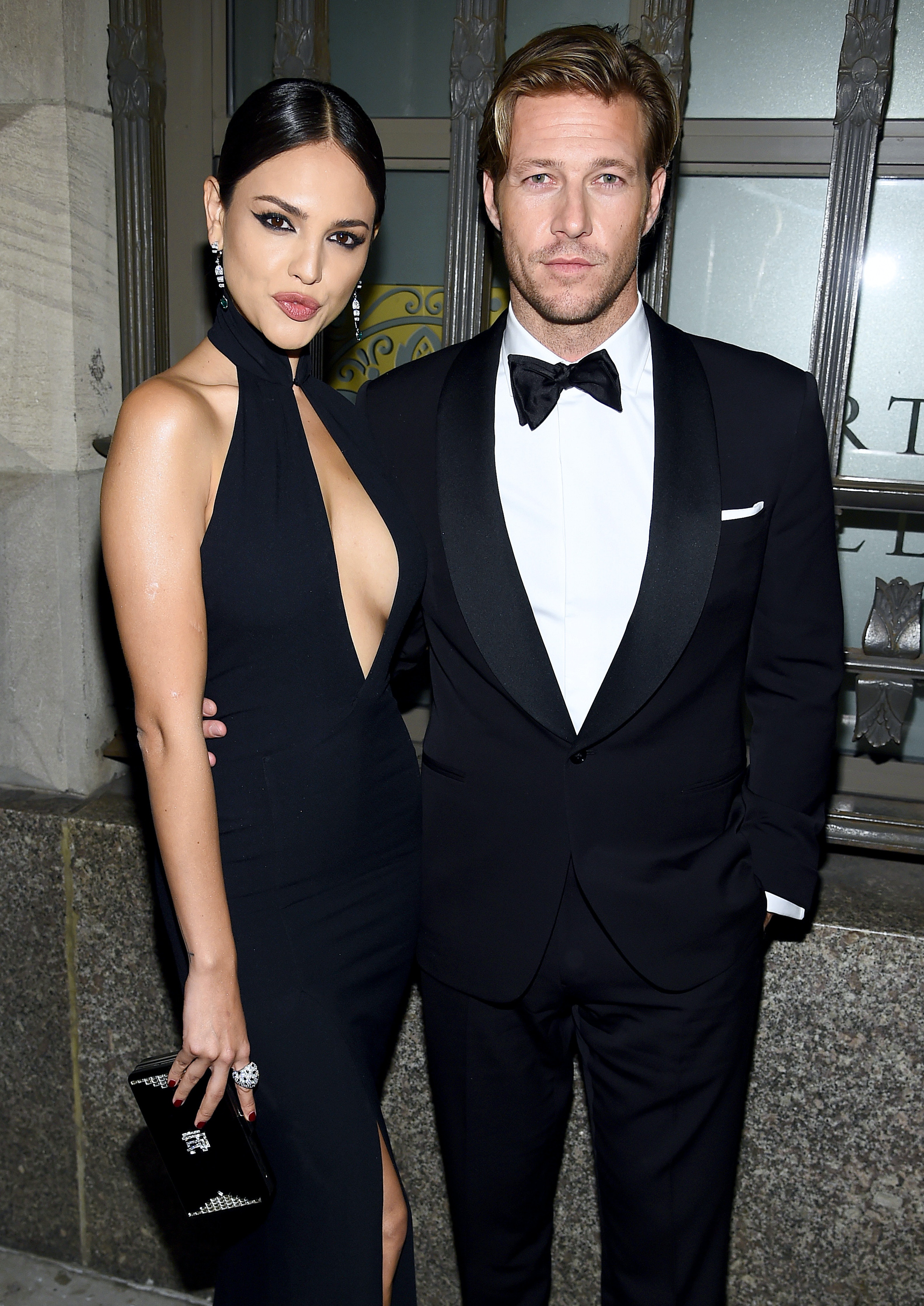 In September 2019, Bracey raised eyebrows when he posed for pics with Mexican actor Eiza González during New York Fashion Week and — just a day later — accompanied her to the 2019 US Open tennis final. Two months later, dating rumors hit a fever pitch after they were reportedly caught kissing in Los Angeles.

In December 2019, Bracey and González reportedly took a trip to Tulum, Mexico, where they packed on the PDA, but little else was heard about the rumored couple after the rumored getaway. By summer 2020, González was reportedly in a relationship with Timothée Chalamet, though the two reportedly broke up not long after. (Reps for Bracey and González did not respond to requests for comment on their reported relationship at the time of publication.)

If Bracey is indeed single at the moment, I have a feeling it won’t be for long.

Love Is in the Air: All of the Celebrity Engagements of 2019