Home » Celebrities » When Does Clare Leave ‘The Bachelorette’? Fans Are Waiting For Tayshia

Although it hasn’t been acknowledged on the show itself or by ABC reps (who declined Elite Daily’s request for comment about the reports of the Clare exits and Tayshia entrance), several outlets have reported that Tayshia will replace Clare as Bachelorette after Clare leaves with Dale Moss about halfway through her season. The Bachelorette has heavily hinted at the fact Clare will "blow up The Bachelorette," to steal a phrase from Chris Harrison himself. In the promo trailer for Claire’s season, Clare butts heads with her contestants, but stands up for her right to make her own decisions.

"I’m a grown woman. I do what I want to do when I want to do it," she says in the video. She then apologizes "if I wasted your time," leaving one of the men to shout, "How about the 15 of us walk out?" And there lies the biggest clue yet: It seems like Clare’s "blow-up" will happen when 15 men are left on The Bachelorette. 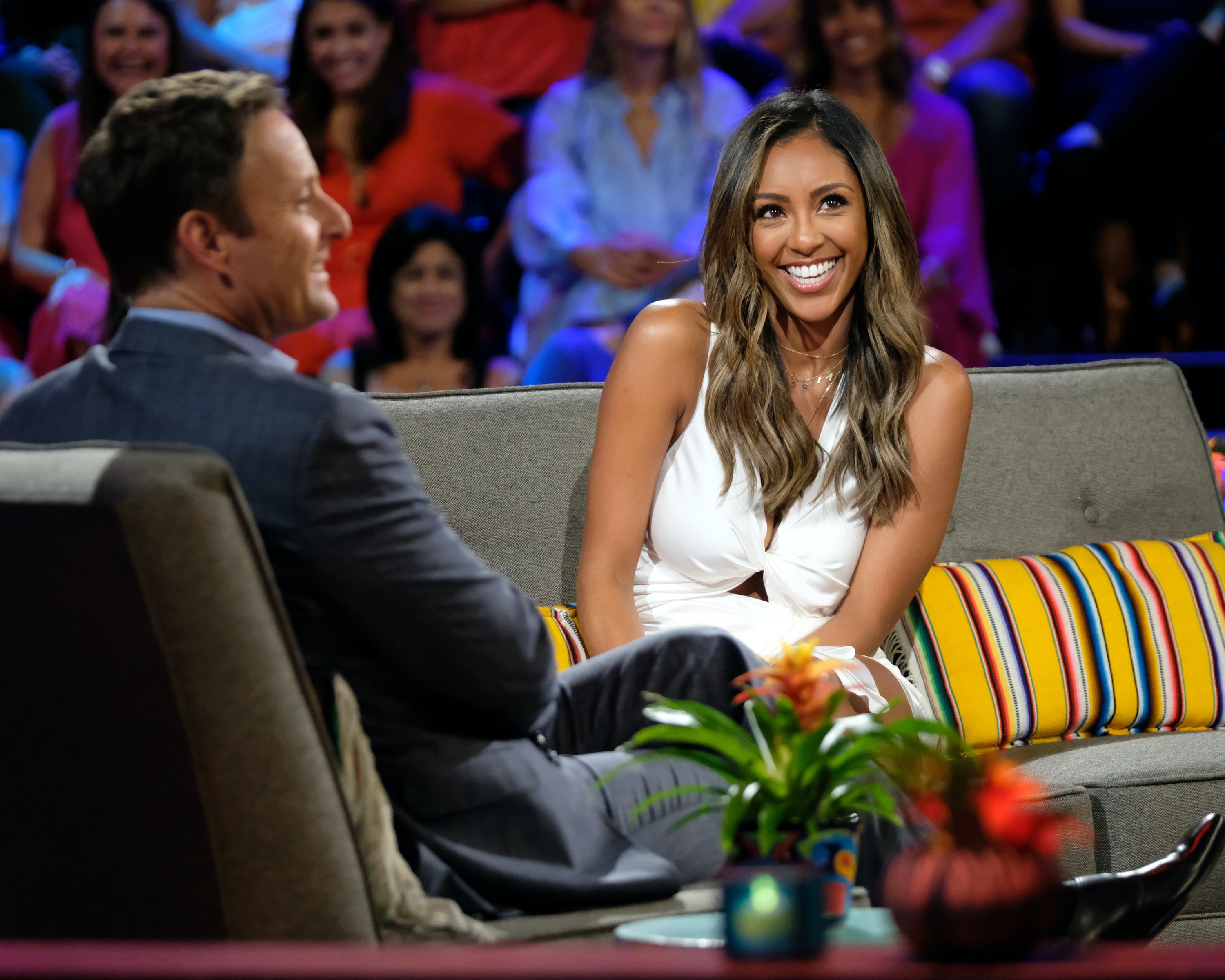 Clare’s season began with 31 men, seven of whom were eliminated the first night. That means about half the men will be gone by the time Clare makes her exit, and if this season follows the same pace as previous seasons, that’ll happen about five episodes into the season. Of course, this could all change if Clare hands out either more or fewer roses than your average Bachelorette, but based on this info, it looks like Clare will leave about halfway through the season, which means Tayshia could have about five episodes of her own to find love (no pressure, or anything).

In the season’s trailer, one of the guys says, "I didn’t expect the process to be cut short," and another asks, "Do we get a new Bachelorette in here?" It seems like the answer to that question is yes. The last shot of the promo shows a limo pulling up to the resort, presumably with Tayshia inside.

Season 16 of The Bachelorette continues on Tuesdays at 8 p.m. ET on ABC.