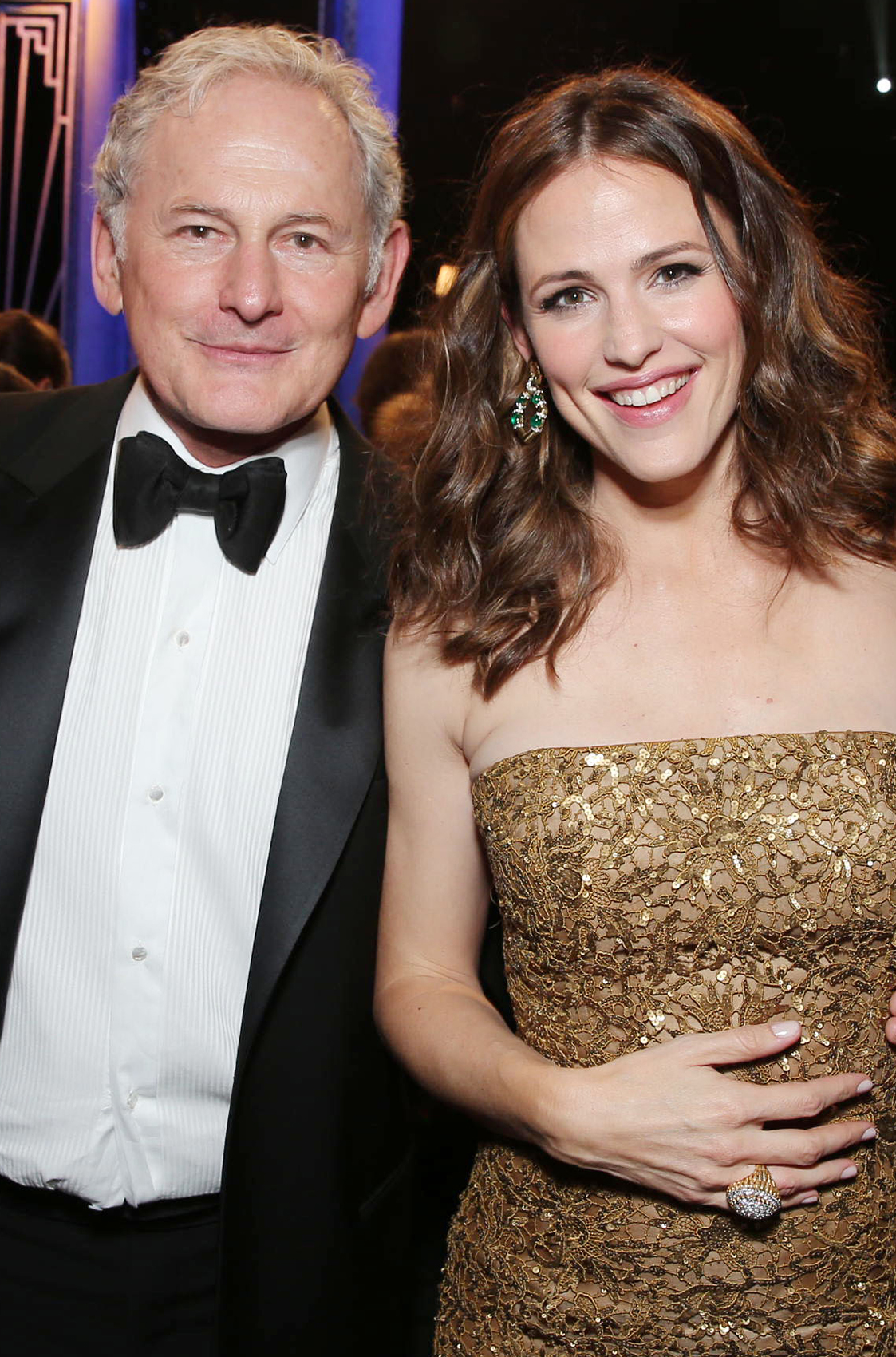 Chosen family. Victor Garber revealed to Us Weekly exclusively that he feels “so grateful” to still have such a close friendship with his former Alias costar Jennifer Garner. Garber, 70, shared a heartfelt tribute to the actress while speaking to Us at the New York City premiere of his movie, Dark Waters, at Lincoln Center on Tuesday, November 12.

“She’s very maternal towards me and I’m very paternal towards her,” the Tony nominated actor said. “We have kind of an unbreakable bond and I just feel so grateful for that ‘cause I love her very much.”

Garber and Garner, 47, starred on the ABC series together for five seasons from 2001 to 2006. The pair have remained steadfast friends ever since — Garber even officiated the 13 Going on 30 star’s wedding to Ben Affleck in 2005. After Garner’s divorce from Affleck, 47, was finalized in 2018, her former costar only had kind words to share about the Gone Girl actor.

“I don’t see him all that much, but we are friends,” Garber told Us exclusively at a New York City screening of Patsy and Loretta in October. He went on to share that he feels “like a grandfather” to Garner and Affleck’s three children, Violet, 13, Seraphina, 10, and Samuel, 7. “They’re just beyond brilliant those kids,” he added lovingly.

The Legally Blonde actor has been a supportive fatherly figure in his friend’s life following her tumultuous split from Affleck. Garber revealed to Us in May that he has met the Juno star’s boyfriend, John Miller, and thinks the couple are a perfect match.

“I think he’s adorable,” Garber said at the time. “They’re great! What’s wonderful is they’re taking their time and they are just enjoying each other’s company.”

Garner was rumored to be quietly dating Miller for six months before Us finally confirmed the relationship in October 2018. An insider revealed at the time that “Jen brings out the best in John, and he is the happiest he has probably ever been. It’s a loving, healthy relationship.”

Things have gotten much more serious between Garner and the businessman, 40, in the last year. As the Camping alum’s ex battled a relapse in his struggle with alcoholism over Halloween, Miller has “been a rock” for Garner, who “knows she can rely” on her new man.

'Morning Joe' Questions if Fox News 'Should Exist in America'