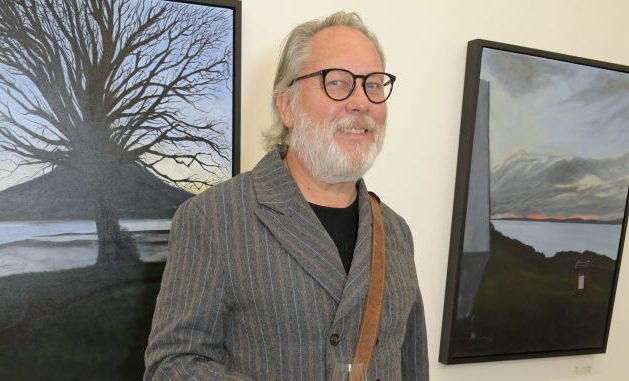 The 62-year-old has revealed his hearing ‘will never come back’ in his left ear after being diagnosed with vestibular schwannoma.

Speaking on The Adam Buxton Podcast, Vic, real name Jim Moir, said: ‘I’ve got what’s called a vestibular schwannoma. It’s a tumour in my head. I’ve gone completely deaf, one hundred percent deaf, in my left ear. It will never come back.

‘I’d rather hear than not, but it’s happened so you just get on with it don’t you. I’ve got used to it.’

Vestibular schwannomas, also called acoustic neuromas, are benign tumours that start in the nerve that connects the brain to the ear.

They grow slowly over a number of years and do not spread to other parts of the body, and are very rare, with 6% of brain tumours categorised as vestibular schwannomas.

They can cause heating loss, tinnitus, dizziness, vertigo, difficulty in figuring out where sounds are coming from, and, in advanced cases, facial numbness.

Vic said that he finds it difficult to source where noises are coming from, telling Adam: ‘I like to go out bird watching and I never know where the birds are. I can hear them but I don’t know what direction they are. If an aeroplane flies over, or a car approaches, I don’t know where it is.

‘I had to throw away all my stereo LPs. It’s absolutely dead. Gone.’

He explained: ‘Between your ear drum and your brain is a nerve. And that takes all the information from your ear to your brain. And the tumour is right in between.

‘So it’s gone ping and snapped. And you can’t re-attach nerves. Not at this stage in medical science anyway. But in the future? Probably the week after I perish there will be great news.

‘My dad died of prostate cancer. And about a year later he would have lived.’

The comic added: ‘I’m living with deafness. Can you imagine a life without stereo records?

‘No more will I hear Jimi Hendrix doing If Six Was Nine. It goes all over the place. I thought it was great when stereo first happened.

‘Like we had a new toy and put it all over every record. All I’ve got left now is Frank Ifield on mono.’

Vic is best known for his double act, Vic and Bob, with Bob Mortimer, who are considered one of Britain’s greatest ever comedy acts.

As well as his comedy, Vic is an accomplished artist, and a TV presenter, most recently hosting Netflix’s The Big Flower Fight alongside Natasia Demetriou.

The star has been married to Nancy Sorrell since 2003 and they share 15-year-old twin daughters Beth and Nell.

Vic is also dad to Louis and Alice from his first marriage to Sarah Vincent.

How Tall Is Shaq and What Is His Shoe Size?