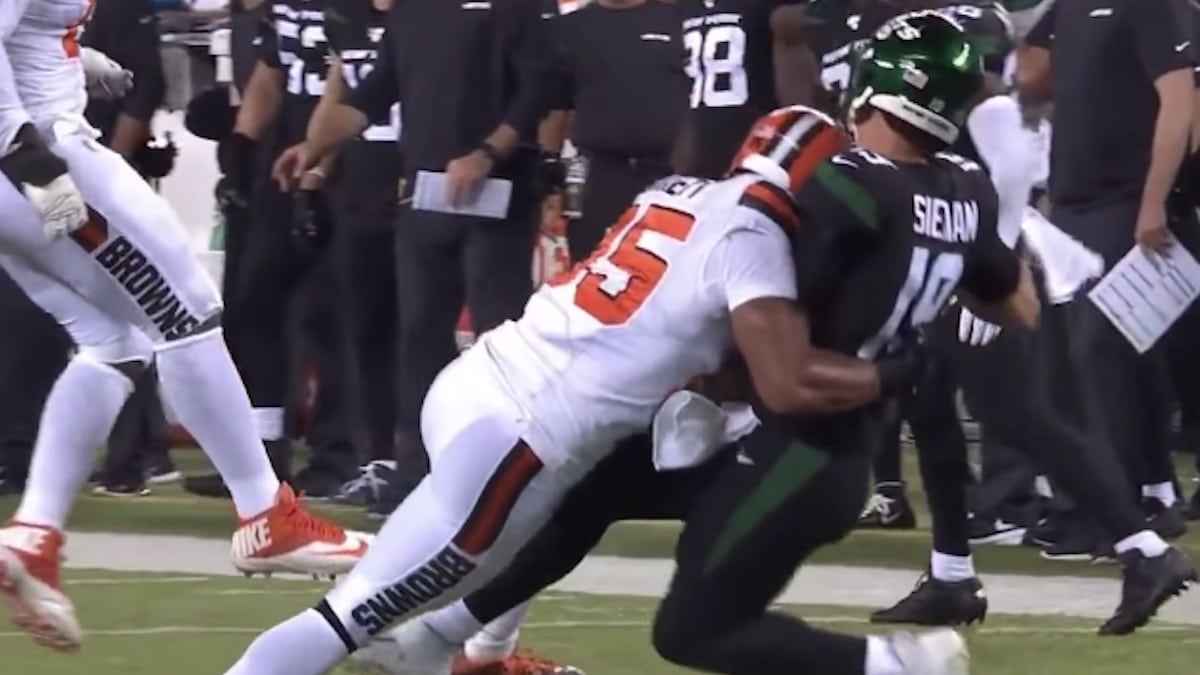 The New York Jets are quickly running out of quarterbacks. During Monday Night Football, a gruesome Trevor Siemian ankle injury occurred which brought yet another Jets’ backup QB into the mix.

Siemian ended up leaving the field after the nasty injury, and New York ended up with another loss.

During the second quarter of the Jets’ MNF game against the Cleveland Browns, defensive star Myles Garrett took out Siemian.

Garrett took down Siemian just after he’d released the ball. It wasn’t a malicious hit, but the force of the tackle and the way Siemian went down is what makes it hard to watch. As he went down to the field, he landed with his ankle awkwardly underneath him in the injury video footage below.

In addition to Siemian, the Jets also lost wide receiver Demaryius Thomas to a hamstring injury. The Jets will further evaluate Thomas on Tuesday.

After the ankle injury, Siemian joins the list of quarterbacks injured this past weekend. The Saints’ Drew Brees suffered a thumb injury on his throwing hand, while the Steelers’ Ben Roethlisberger suffered an injury on his non-throwing arm.

Big Ben is out for the rest of the season due to surgery, while Brees is on the shelf for six weeks.

Siemian could be the next QB to go out for the season, depending on Tuesday’s evaluation. Per Adam Schefter, the Jets scheduled an MRI for Tuesday.

With Siemian leaving the game, that brought in backup Luke Falk for the remainder of the contest. He finished 20-for-25 with 198 yards passing and no interceptions. He also had no touchdowns and was sacked twice for a loss of 15 yards.

Falk had just joined the team from their practice squad on the same day. On the plus side, he led the Jets on their longest drive of the game, 60 yards down the field.