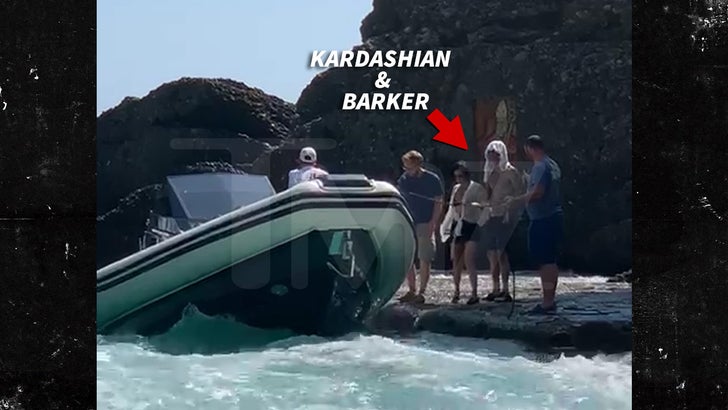 Travis Barker and Kourtney Kardashian are becoming quite the jet-setting couple … now halfway around the world for a romantic getaway in Italy.

Trav and Kourt are spent their Friday lounging on a beach in San Fruttuoso. The small town in Genoa is off the beaten path … and that’s where Travis and Kourtney took a small boat to shore … likely a tender which is attached to a yacht.

They took a dip before getting in some cuddling time on a lounge chair. The two have made a point to bring their kids along on several trips, but this one appears to just be for the lovebirds. 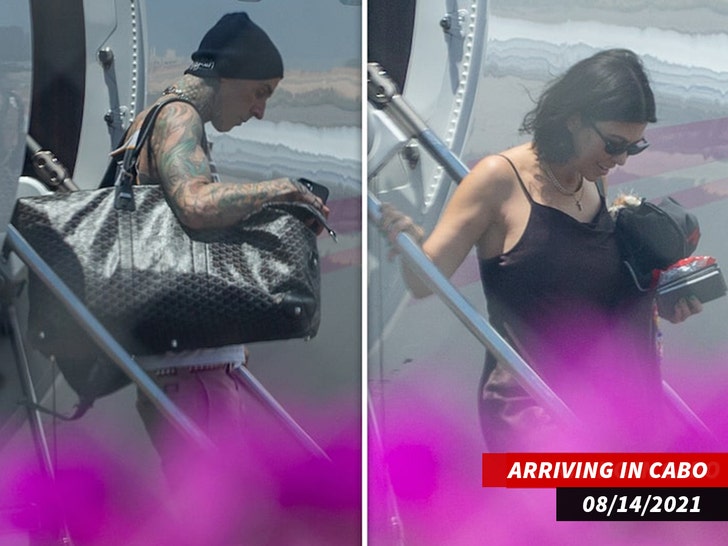 The Italian getaway is the second international trip for Travis and Kourtney in as many weeks … as we first told you, they jetted down to Los Cabos from Los Angeles earlier this month, marking it the first time Travis boarded a jet in 13 years since the fatal jet crash.

Travis and Kourtney have known each other for years and they were super close, and judging from these and other recent pics, their relationship has taken a serious turn.

Princess Eugenie Acts Like Hollywood Star Due To Meghan Markle