Home » Celebrities » Tim Tebow to Sign 1-Year Contract with Jaguars, Back in the NFL!

The Jacksonville Jaguars are planning to sign Tim Tebow to a 1-year contract, according to NFL Network’s Ian Rapoport.

But, Tebow won’t be joining the squad as a QB — he’s a tight end now!

Rap says the deal is expected to be completed in “the next week or so” … giving the 33-year-old a chance to compete for a roster spot.

Tebow was drafted as a QB by the Denver Broncos in the 1st-round of the 2010 NFL Draft … and ultimately led the team to a playoff win during the 2011 season!

But, he never really panned out at QB — bouncing around a few teams including the NY Jets, New England Patriots and finally had a short stint with the Philadelphia Eagles in 2015 … the last time he was in the league.

After that, Tebow went all-in on a baseball career and spent years with the NY Mets organization playing for their minor league teams.

He retired from baseball back in February after it became clear he wasn’t gonna make the big leagues and decided to focus on learning the tight end position.

Tebow had a workout with the Jaguars sometime over the past month … and it seems he did enough to impress the Jags coaches, who will see if he can be an asset.

Don’t scoff … NFL tight end Marcedes Lewis told us he thinks Tebow has a real shot at success at the position because he’s smart, athletic and knows the game as well as anyone. 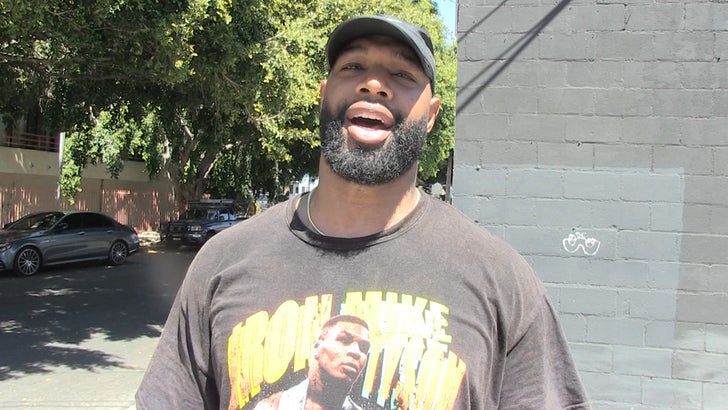 Blake Shelton, Gwen Stefani Share Cuddly ‘Nobody But You’ Video