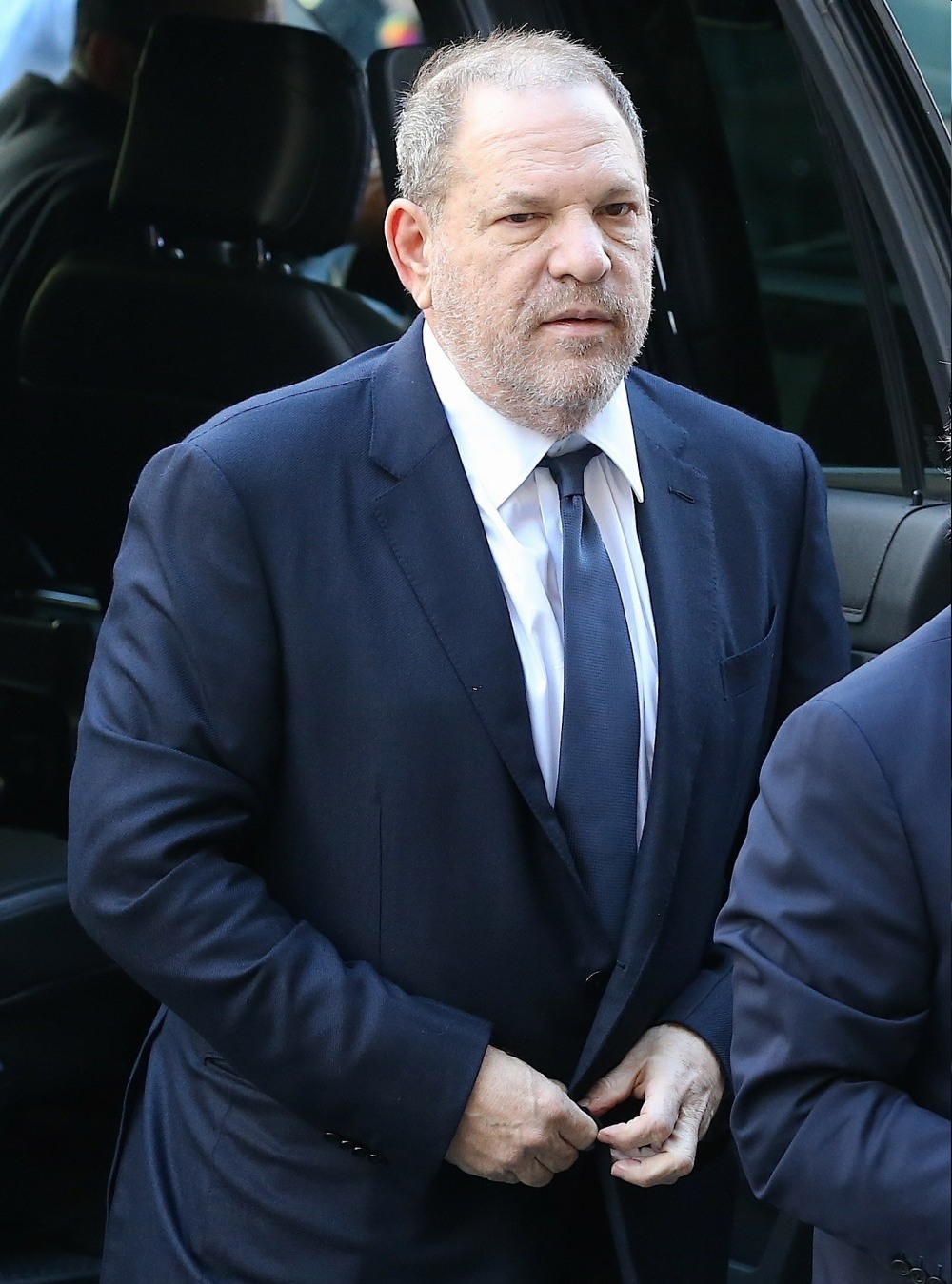 Wednesday night, Harvey Weinstein slithered out from under his rock and attended an event for Actor’s Hour at Downtime bar. He was there by invitation from Alexandra Laliberte, who runs Actor’s Hour. It was supposed to be a showcase for young actors and comedians. But then Kelly Bachman got on stage and made a few pointed comments about Weinstein and Bachman booed and told to “shut up.” Then one woman got up and close to Weinstein and started yelling at him and she was the one thrown out of the bar. Then actress Amber Rollo got up and took that woman’s place. One of Weinstein’s security goons called her a “c-nt” and she got kicked out too. Rollo then did a Twitter thread about it (follow this tweet for the story:

Hey everyone. You might have seen my tweet about cursing out Harvey Weinstein last night. As a rape survivor I'm so furious and sad and frustrated.

Here is a thread about what happened.

After Rollo’s Twitter thread went viral, The Hollywood Reporter contacted Downtime bar AND Harvey Weinstein. Here’s what the bar’s spokesperson had to say:

“We want to address some concerns about a recent incident at Downtime. A company called Actors Hour rented our bar for a private event, with a guest list all their own. Shortly into the evening, one guest began heckling another, causing a disturbance to everyone in attendance. After several requests to stop were ignored, we kindly asked the heckler to leave.”

“Please know that our goal at Downtime is to create an environment where everyone feels welcome. We respect the privacy of our patrons and event partners, and want to ensure that all guests are treated equally, with the same service and respect. In keeping with this goal, we made a decision that would allow the evening to continue as planned. Thank you, Downtime.”

“Harvey Weinstein was out with friends enjoying the music and trying to find some solace in his life that has been turned upside down. This scene was uncalled for, downright rude and an example of how due process today is being squashed by the public, trying to take it away in the courtroom too. As an aside — Harvey in fact suggested the woman should be allowed to talk and ask him any questions. The venue’s personnel asked the woman to leave, not Harvey’s. I would just point out that he is being treated as if he has been convicted. Accusations are, in fact, not convictions. Due process is still the foundation of each and every one of our civil rights in this country. Please don’t lose sight of that definitive conviction when you write. Anyone should be allowed to be there if they are acting in accordance with the norms of the space. As for the name calling, it was 100 percent not anyone in HW’s employ and not someone speaking on HW’s behalf.”

“This scene was uncalled for, downright rude and an example of how due process today is being squashed by the public, trying to take it away in the courtroom too…” WTF does “due process” have to do with women standing in front of Weinstein and calling him a rapist to his fat rapist face? You know what is actually “rude”? Inviting a f–king serial predator of ACTRESSES to an event for actors.

Here’s Kelly Bachman’s stand-up, which… got her escorted out of the bar. NSFW for language. When she says “f–k you,” it’s pretty cathartic. But the dude who told her to “shut up” needs to go straight to hell.