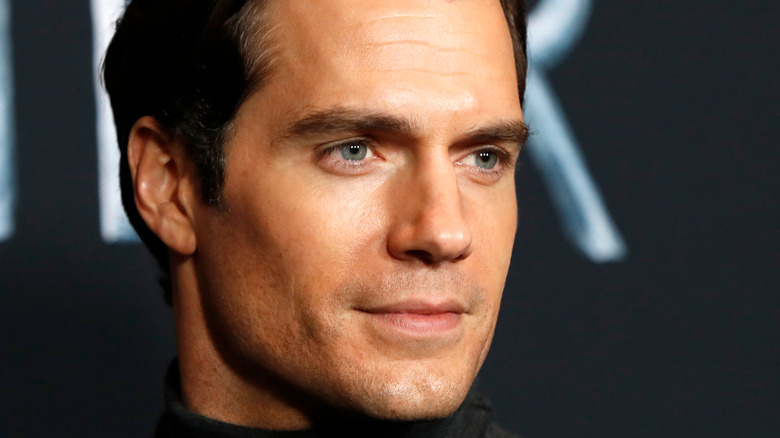 If you ask someone who their celebrity crush is, chances are that they’ll fanatically yell Henry Cavill’s name. Over the past decade, Cavill has received international attention for his ongoing role in the DC extended universe and TV roles that make everyone swoon. From “The Tudors” to “Man of Steel,” Cavill has been killing it in the acting world. And in 2013, he was voted Glamour’s “World’s Sexiest Man,” so he’s also killing it in the looks department as well (via The Famous People). As of 2021, it’s rumored that he’ll be a part of two more high-profile acting roles, per his IMDb.

So it seems that Cavill will be sticking around for awhile. Despite being in the limelight, Cavill likes to keep his life quite private most of the time. However, he’s definitely been fairly open about his past star-studded relationships with actresses like Kaley Cuoco and Gina Carano. But like many stars, there’s so much more in their dating life.

He's gotten backlash for past partners 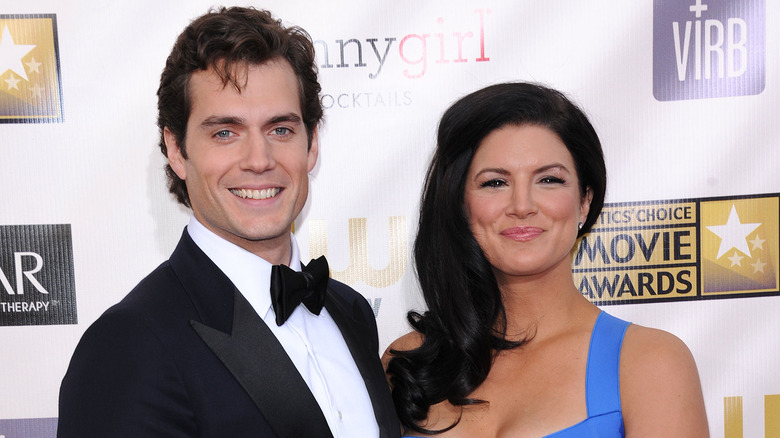 Henry Cavill’s first public relationship was with British horse jumping rider, Ellen Whitaker. In 2009, the couple got together and moved pretty quickly because within a year they were engaged (via Glamour). However, they mutually decided to split up in 2012 (via US Magazine).

His next relationship was with fellow actress, Gina Carano, and for a few years they had an on-again, off-again situation. The couple got together in 2012, and they were head over heels for one another. Cavill especially fell hard, during an interview, he called her “amazing” (via Los Angeles Times). Unfortunately, the couple called it quits once and for all in 2014, according to the Daily Mail. However, seven years later, Cavill is receiving backlash for dating the actress. In 2021, Carano had a rough few months by being dropped from the show, “The Mandalorian,” and her talent agency over controversial tweets. Now the Twitterverse is calling out Cavill for dating her seven years ago? What an odd segue (via Screen Geek).

His shortest fling was 10 days with Kaley Cuoco

The record for shortest fling ever definitely goes to Cavill and Kaley Cuoco, who reportedly only dated for 10 days in 2013 (via Just Jared Jr). In 2014, he was also linked with a woman named Marisa Gonzalo, who was alleged to be an “animal killer.” According to Celebrity Dirty Laundry, she would frequently pose with dead animals and tweet about it. The couple split soon after that came to light.

A couple of years later, Cavill got back into the dating game with a someone named Tara King, a student at Bristol University (via Yahoo). The couple started off hot, and at one point, she even referred to him as the “love of her life” (via Just Jared Jr). Fans thought the relationship was off due to the 13 year age gap, but Cavill defended them every single time. “She protects me and is protective of me when I am having a hard time,” he said in an interview, according to the Daily Mail. In another interview with Elle UK, he flat out said the age gap wasn’t a problem. “People say, ‘Age is just a number.’ A lot of times it’s not just a number. It’s actually a real and true sign of someone’s maturity … But in this case, she’s fantastic.”

Sadly, the couple split after less than a year together, but reportedly remained friends (via Just Jared Jr).

He often professes his love on social media 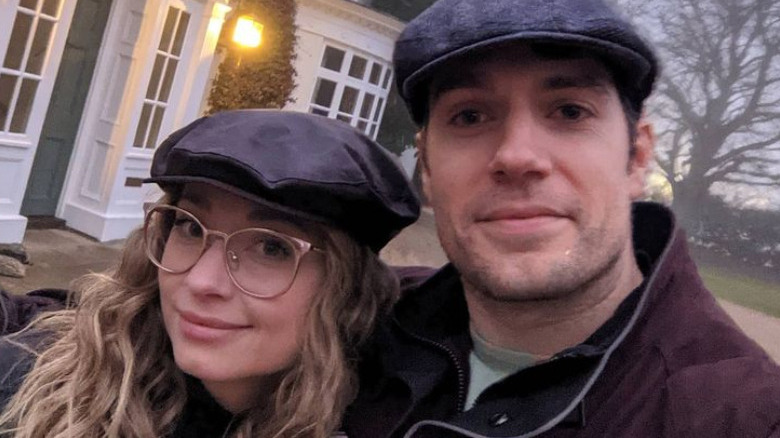 In 2017, Cavill fell hard once again to stuntwoman, Lucy Cork, whom he met on the set of “Mission: Impossible 6.” Fans lost it when he posted a now deleted video on his Instagram, that was paragraphs about growth, and ended on his love for Lucy. “This is my Lucy. She is one of the best stunt women in the world. She has defined herself. She continues to define herself. She grows, everyday. She is Lucy Cork because she says so.” And for a while, people wanted them to get married ASAP (via E! Online). However, the couple split the following year, according to WhosDatedWho.

As of 2021, Cavill is currently linked with former reality star and Hollywood executive, Natalie Viscuso. The pair have been spotted together on multiple occasions, and just recently have come out about her identity. Fans recognize her from an episode of “My Super Sweet Sixteen,” but she’s left those days behind her (via Just Jared Jr). She is now the vice president of television and digital studios at Legendary Entertainment, the company who was behind “Man of Steel” (via Daily Mail). While the relationship is fairly new, fans are already waiting to hear wedding bells.