Rashida Jones does it all (actor, director, writer, producer) and has been in it all. Or so it feels. Over the years she’s starred in such shows as The Office, Parks and Recreation, and BlackAF. Movies she’s been in include I Love You, Man, The Social Network, Our Idiot Brother, Celeste and Jesse Forever (which she co-wrote), and Tag. 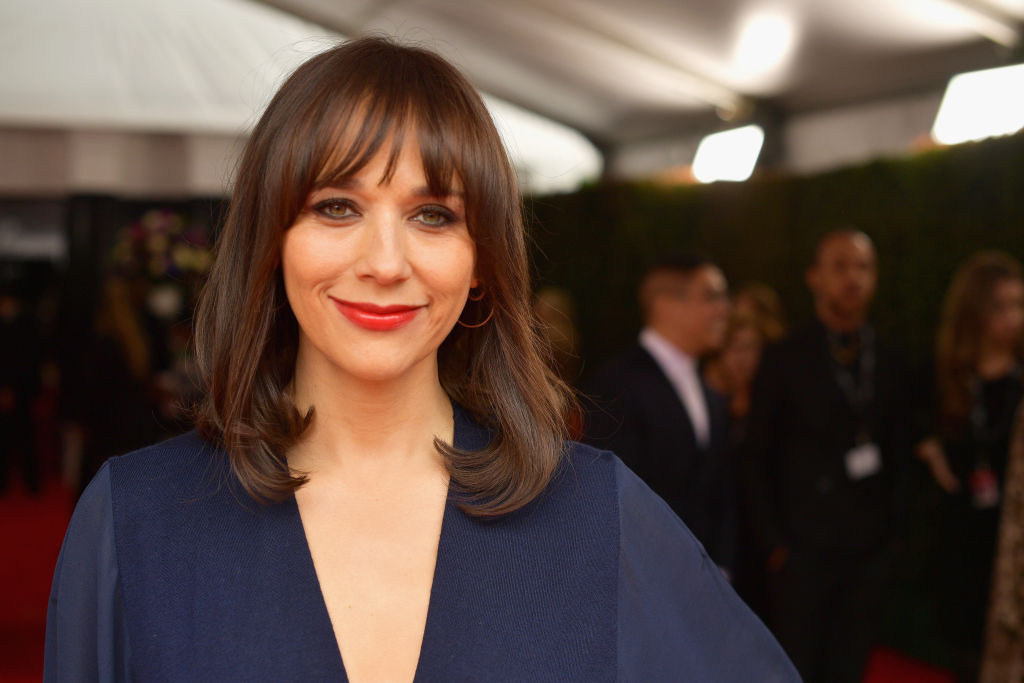 Jones’ life has been rooted in the entertainment industry since she was a young girl, particularly because she’s the daughter of two famous parents, actor Peggy Lipton and musician/record producer Quincy Jones. In an interview she did with Interview Magazine back in 2012, Jones spoke about the effect her parents had on her life.

“I have friends who have no choice; they came from whatever town, they didn’t have anybody in entertainment and they just knew they wanted to act and they did it,” she mused.

I'm on @latelateshow tonight with @nickjonas and @vampireweekend. If you are interested in me sloppily rapping the theme to the Fresh Prince of Bel Air with @anthonyanderson, tonight's your lucky night! Tune in!

RELATED: ‘The Office’: Rashida Jones Talks Being in Awe of Steve Carell and Being Too Nervous to Improvise

Jones was surrounded by creative people from the beginning, but she also feels she’d be who she is no matter who her parents were.

“I’m kind of okay at a lot of different things; I guess having that early influence of being creative was really helpful, but my mom wasn’t a working actress until I was in high school, she quit to raise us. It wasn’t like I grew up around a lot of actors—I grew up around music people mainly, and my dad had friends [in the film industry] because he was scoring and producing films,” she said.

Jones continued: “I have a nature-nurture thing I’m constantly going back to. I believe a lot in nature. I think people kind of come in who they are, and it sort of doesn’t even matter who their parents are—it can affect you a little bit, and you can be guided and shaped.”

Why Rashida Jones has questioned her career

But that doesn’t mean Jones has ever second-guessed her path in life. She attended Harvard University and has sometimes wondered if she should be using her education for something different.

She says her degree from Harvard causes people in the industry to treat her as someone other than a “run-of-the-mill actress.”

“I think there is this thing where people are impressed—it gives you a leg up in the sense that people won’t treat you like a run-of-the-mill actress. They’ll assign ‘smart’ to your word bank, your adjective bank,” she said.

Additionally, Jones says her degree makes her want to “aspire for more.”

“You think, ‘Oh my God, my parents spent all this money, I spent all this time writing a thesis and taking these classes, and I’m putting on makeup and learning lines to go try to get jobs,’” she shared.

Jones has even considered changing her path completely.

“There’ve been times when I have existential conversations with myself, and I’ve thought about leaving and trying to apply my education better,” she said.

But at the end of the day, Jones feels “it doesn’t really matter.” Her education has helped her in many ways in the career she currently has.

Read more: Why Rashida Jones Felt Way More Comfortable on ‘Parks and Recreation’ Than She Did on ‘The Office’

President Trump Signs Executive Order To Ban TikTok In the U.S. In 44 Days

The Mind Flayer Is Back and He's Coming for Billy Hargrove

Dwayne Johnson Bares His Massive Biceps Heading to the Gym in NYC!