One of the greatest Christmas songs of all time gets a high-octane update, courtesy of The Aquadolls and a pair of their own Santa’s Helpers – Angelo Moore of Fishbone and NOFX’s El Hefe!

First released in 1981 on ZE Records’ holiday compilation, The Waitresses’ “Christmas Wrapping” has become a staple of the holiday season – and one of the few songs that punk rockers and new wavers would pogo and slamdance to while underneath the mistletoe. Forty years after the world was blessed with singer Patty Donahue’s holiday woes, The Aquadolls gave the song a ska-punk update for this Christmas season. With a surging drumbeat and frost-kissed harmonies, the band – Melissa Brooks, Keilah Nina, and Jackie Proctor – deliver a cover (“Xmas Wrapping”) that is a perfect snowflake: a celebration of the original while being unique on its own.

“Every year when the weather starts getting colder, and in California terms meaning we go from blistering hot weather to a breezy 70 degrees, it means it’s time for the holiday season,” Melissa shares with HollywoodLife. “This leads to our not-so-friendly winter companion, seasonal depression. Christmas time can be really difficult to navigate through, especially during a pandemic. The holidays can suck, but with the help of a good pal or two and some rock n roll, hopefully, it can suck a little less!”

To help make this song the smash of the season, the California trio didn’t have to head north to pick up a few helpful elves. They just needed to call a few modern punk rock legends. “We created a ska/punk-inspired cover of The Waitresses’ “Xmas Wrapping” with the production help of Fat Mike from NOFX and Jon Graber, with horns from El Hefe of NOFX and Angelo Moore of Fishbone,” says Melissa. “It’s so exciting for us to collaborate with so many music icons on this and put a new twist on such an underrated and timeless classic. We hope you start a mosh pit to this, and this makes your holiday season rock harder than before!” 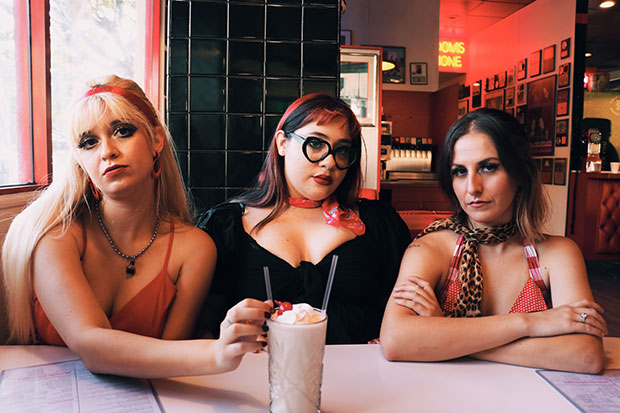 'Christmas In Rockefeller Center' 2020 — Photos Of The Special 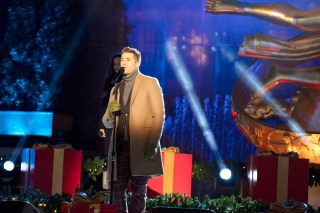 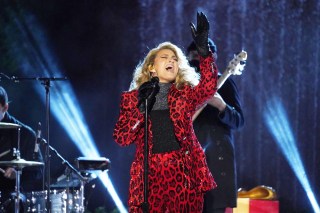 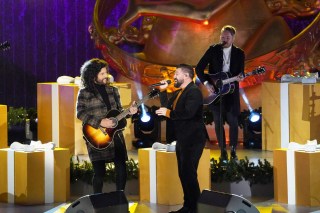 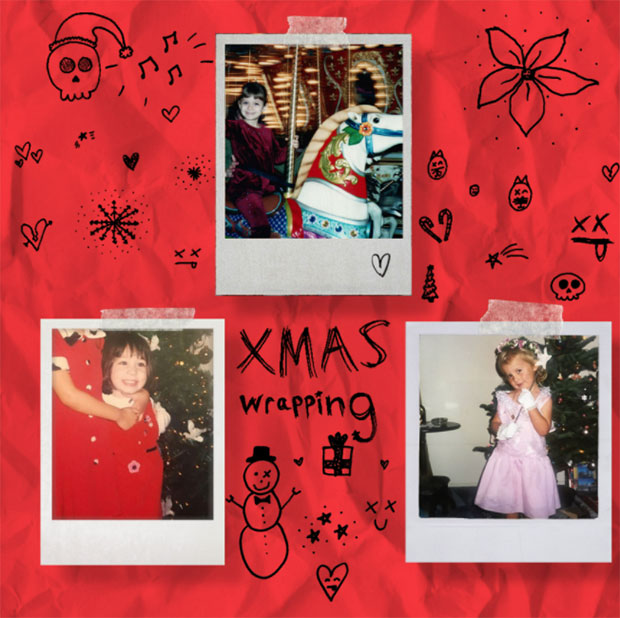 This song came about after ZE Records asked everyone on the label to contribute to A Christmas Record. “I go back, and I try to think of what the original inspiration was. I think it was just very much that for years I hated Christmas,” Chris Butler, founder of the band and writer of the song, told The Star Online in 2005. “Everybody I knew in New York was running around like a bunch of fiends. [Christmas] wasn’t about joy. It was something to cope with.” However, much like the fictional woman singing the song finds happiness at the end, Chris also has come to peace with the track. “Who’d have thunk it? Yeah. Holy cow,” he told The Star when talking of the songs’ “Miracles do happen. It’s MY Christmas miracle. And it slaps me around and says, `Lighten up. It’s Christmas’.”

This song isn’t the first time The Aquadolls have gotten holly and jolly. In 2018, the band released “Mrs Claus” on Soundcloud. Since then, they’ve been perfecting their sound with a handful of releases, including The Dream and the Deception and 2020’s remix album. 2021 saw them release “Disappearing Girl,” an elevation of their ethereal and haunting melodies. In September, they released the song’s official music video. Santa may have The Aquadolls on his list – but they should also be on yours when it comes to Ones To Watch next year.

Teresa Giudice Ends Friendship with Danielle and Marriage with Joe

Matthew McConaughey's dad predicted he would die while having sex