Jerry Seinfeld is obsessed with cars. The 66-year-old comedian has spent a lifetime perfecting his collection of automobiles, which he keeps stashed in a massive, $1.4 million dollar underground garage in Manhattan. He currently has about 150 vehicles worth anywhere from $50 to $150 million. 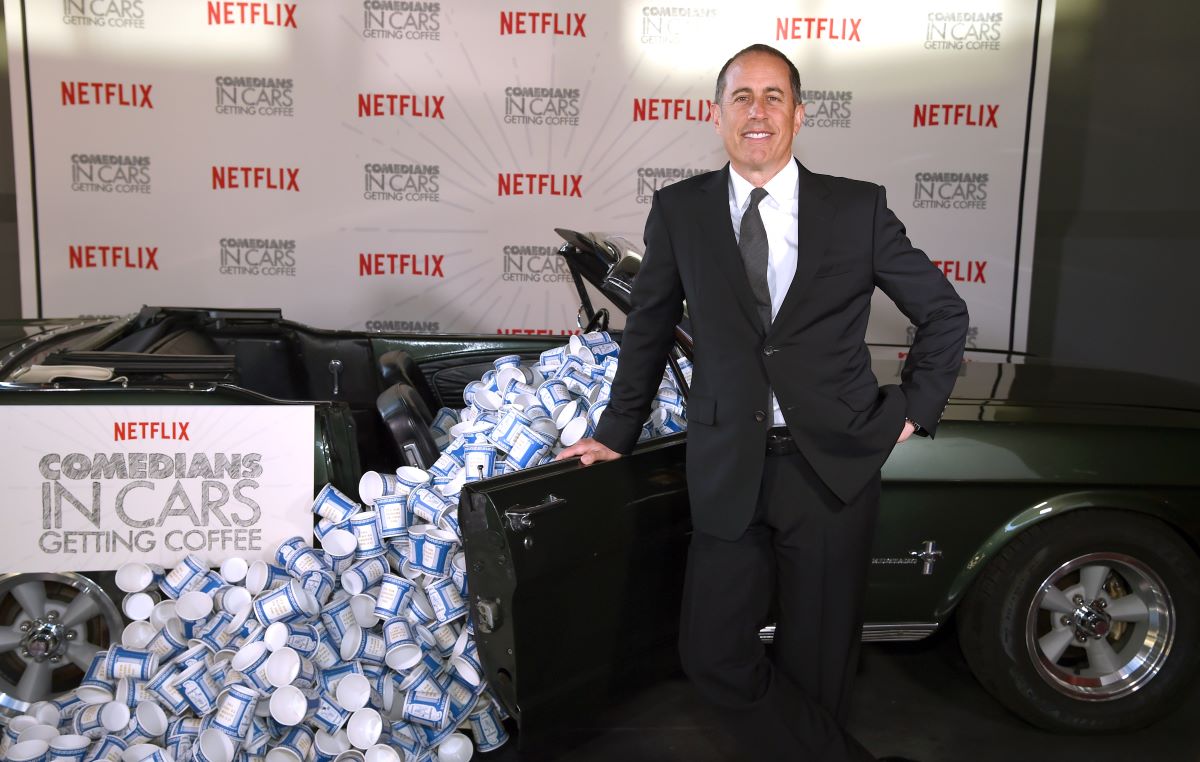 Over his decades long career, Seinfeld has amassed an extraordinary collection of expensive, luxury cars. The comedian is worth around $950 million and spends a significant amount of his cash on his main hobby — motor vehicle collecting, maintenance, and showing off.

His underground car garage includes an office and a club room to encourage plenty of time spent there. Seinfeld also staffs several full-time employees to help maintain his most prized possessions.

Seinfeld collects multiple brands, from Porsche to Ferrari to Fiat and many others. But there’s one specific maker the actor and sitcom creator won’t touch.

New episodes of Comedians in Cars Getting Coffee only on @NetflixIsAJoke July 19.

Owning a Lexus represents achieving luxury status for so many Americans. However, that’s one vehicle brand you won’t find on Seinfeld’s showroom floor. Autowise reported that Seinfeld said Lexus, “perfected the idea of a coffin on wheels.”

He also admitted that new lineups from the Japanese automaker made him “very upset and angry.” The comedian further expressed his hatred during an episode of Comedians in Cars Getting Coffee, which he was filming with fellow car lover Jay Leno.

Seinfeld uses his car collection for ‘Comedians in Cars Getting Coffee’

There are certain celebrities — like Cardi B — who own cars they never drive. But in Seinfeld’s case, his collection led to the creation of a Netflix series which helps promote his brand and show off his most treasured rides. Comedians in Cars Getting Coffee is just what it sounds like, and Seinfeld is always the car-loving chauffeur.

The stand-up comic combines his love of humor with his passion for collecting motor vehicles. And in doing so, he gets to spend time discussing and showing off his collection with some of Hollywood’s biggest names.

With so many cars in his collection, Seinfeld doesn’t have to use the same vehicle twice on the show. However, there is one very rare car that he can never use for the Netflix series. That’s the 1983 Porsche 959, which isn’t road legal in the United States.

Only 200 of these cars exist in the world and all were purchased before they left the line. Billionaire philanthropist Bill Gates attempted to smuggle one into the country but got caught and had his precious car impounded.

Now, collectors are permitted to keep 959s in the USA provided they don’t take them out on the road. The cars are considered “show and display” vehicles only.

Does Seinfeld secretly drive his Porsche 959 around in his underground garage? It’s possible. Just don’t try to sneak a Lexus in there, or you’ll risk the wrath of one very serious car lover.