Home » Celebrities » Taraji P. Henson said she considered suicide during the pandemic: ‘I had a dark moment’ 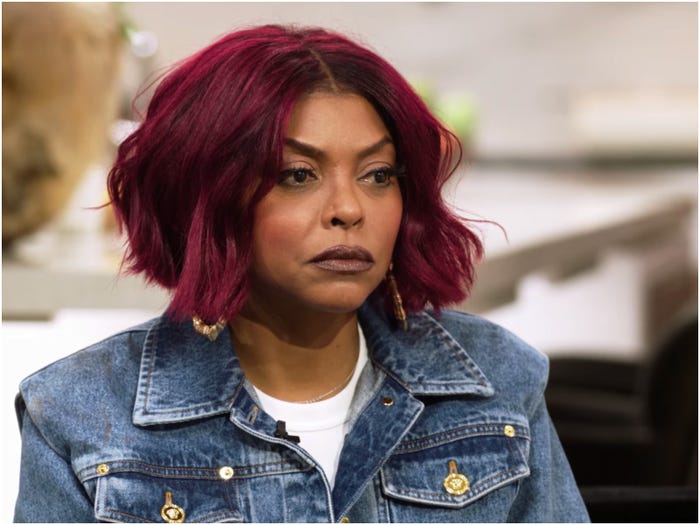 Taraji P. Henson said she considered suicide for a couple of days during the pandemic after she sunk into a "dark place."

The actress spoke about her mental health struggles throughout the pandemic this year during the December 23 episode of her Facebook Watch series, "Peace of Mind with Taraji."

"During this pandemic, it's been hard on all of us, and I had a moment. I had a dark moment. I was in a dark place. For a couple of days, I couldn't get out of the bed, I didn't care. That's not me. Then, I started having thoughts about ending it. It happened two nights in a row," Henson said.

Henson then explained that she had recently bought a gun, which was kept in a safe in her house, and that she started having thoughts about taking up the gun and ending it all. The "Empire" and "Hidden Figures" actress said thoughts about her 26-year-old son, Marcell Johnson, did cross her mind, but she thought that "he'll get over it" as he was an adult.

"I just didn't care. I felt myself withdrawing. People were calling me. I wasn't responding. I didn't care. Finally, I'm talking to one of my girlfriends and I knew I was smart enough to say 'I have to say it,' Henson said.

"So one day I just blurted it out to my girlfriend. She called me in the morning and I was like, 'you know I thought about killing myself last night. Oh my god, I feel so much better. I'm not gonna do it now.'"

Henson was speaking to psychologist Dr. LaShonda Green, and told Dr. Green that what scared her most about those thoughts was that they occurred two nights in a row.

"At first, it was like, I don't want to be here. And then I started thinking about going and getting the gun," Henson said. "And that's why when I woke up the next morning, and I blurted it out. Because I felt like after a while it was going to take over me and it was going to become a plan because that's how strong my brain is. Our thoughts … They're that powerful."

Dr. Green assured Henson that these thoughts, particular during a torrid time like a pandemic, are "absolutely normal." The doctor said that saying these thoughts out loud to someone, as Henson did, acts as a "cathartic moment" for the person as it takes away the shame.

Henson has long been a mental health advocate, and in 2018 founded the Boris Lawrence Henson Foundation, and tries to use this foundation to destigmatize mental illnesses. Henson has a particular focus on mental health in regards to the black community, and once said that finding a black therapist for her son was like "looking for a unicorn."

If you or someone you know is struggling with depression or has had thoughts of harming themselves or taking their own life, get help. The National Suicide Prevention Lifeline (1-800-273-8255) provides 24/7, free, confidential support for people in distress, as well as best practices for professionals and resources to aid in prevention and crisis situations.

Watch the full episode below:

Simon Rex Says He Was Offered $70,000 to Lie About Dating Meghan Markle