Accidents happen! Tom Brady experienced a major blunder during a live television appearance on Sunday, May 24.

The 42-year-old Tampa Bay Buccaneers player participated in The Match: Champions for Charity, during which he helped to raise $20 million for coronavirus relief. While all appeared normal amid the tournament as he and golfer Phil Mickelson squared up against Tiger Woods and Peyton Manning, things took an awkward turn when Brady went to retrieve his ball on the seventh hole.

Upon bending down to pick up the object, the famous quarterback’s pants ripped apart. Brady acknowledged the wardrobe malfunction in a tweet referencing the coronavirus pandemic, writing, “Pants wanted in on social distancing I guess…”

The NFL star is no stranger to being the butt of the joke. Last month, Brady made headlines for two separate incidents of trespassing. The first of them occurred on April 7 when he mistakenly entered a Florida resident’s home. He believed that the place belonged to the Tampa Bay Buccaneers’ offensive coordinator, Byron Leftwich.

“I normally don’t leave my front door open, but I happened to leave it open that day,” David Kramer, the homeowner, told TMZ at the time. “I just happened to be sitting doing work on a normal Tuesday at my island right here in my kitchen … and I watch this tall guy just walk in my house. He had a baseball hat on. I remember him being a good-looking guy.”

According to Kramer, he had a brief exchange with Brady following his entry and the California native had “the most confused face” before asking, “Am I in the wrong house?’” 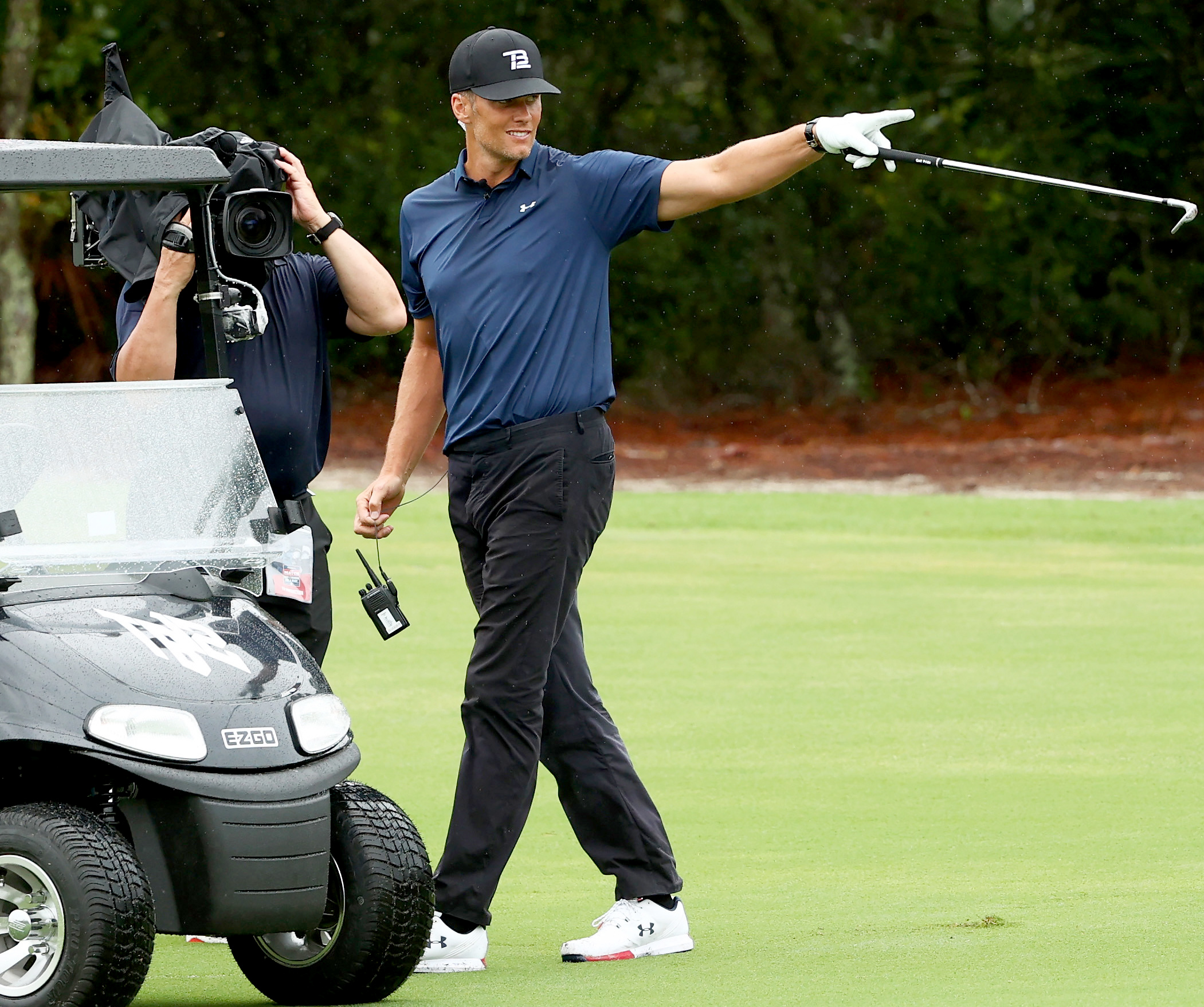 In the weeks that followed, the former New England Patriots quarterback got caught for trespassing in a park that was closed due to the global health crisis. At the time, a source told Us Weekly exclusively that Brady “was stretching after a run at one of the downtown parks.” He “wasn’t thrown out” of the area, but a park staffer “stopped to tell him the park was closed.”

After his headline-making trespassing incidents, Brady spoke out about his actions via Twitter. “Trespassing in parks, breaking and entering,” he tweeted on April 23. “Just making myself at home in Tompa Bay! 😂.”