Fox News Flash top headlines for May 25 are here. Check out what’s clicking on Foxnews.com

Keya Morgan, 43, was taken into custody in Arizona after Los Angeles prosecutors charged him with five counts of elder abuse, that include theft, forgery or fraud against an elder adult, false imprisonment of an elder adult and embezzlement. Authorities say Morgan tried to manipulate Lee and act on his behalf without his authority.

Prosecutors said Morgan pocketed more than $262,000 from autograph signings Lee did in May 2018. Morgan took Lee from his Hollywood Hills home to a Beverly Hills condominium where he exerted control over him, authorities said. Lee died in November at the age of 95. 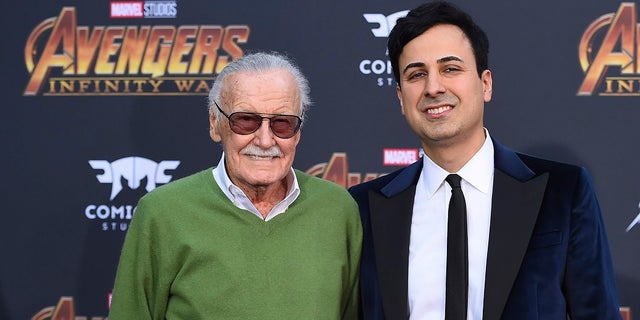 Lee's daughter accused Morgan of preventing her father from seeing his family and friends and attempting to take control of his money and assets.

Morgan's attorney, Alex Kessel, asserts his client's innocence. He said he was in contact with prosecutors to arrange for Morgan's surrender on Tuesday.

"It is unfortunate that the DA and police did not honor our commitment to surrender next week and arrested him," Kessel told The Associated Press in an email.

Morgan will go before a judge in Arizona before he is expected to be extradited to Los Angeles, He is being held on $300,000 bond.

Another ‘Riverdale’ Star is Heading To New York On ‘Katy Keene’ Tonight!