Stacey Solomon, 30, became tearful while speaking about her struggle to breastfeed on Loose Women yesterday. The mum-of-three, who gave birth to her first baby, Rex, with boyfriend Joe Swash, 38, last year, admitted she put pressure on herself at the time.

Stacey explained to viewers that Rex had a healthy birth but ended up losing weight and became really small.

She recalled: “When I couldn’t, I got myself in an emotional, hormonal rut of not being able to let it go. I didn’t want to let it go.

“He was also really quite small. He ended up losing nearly a whole pound, he did get really small.”

The former X Factor star went on to say she felt “cruel” for trying so hard to breastfeed. 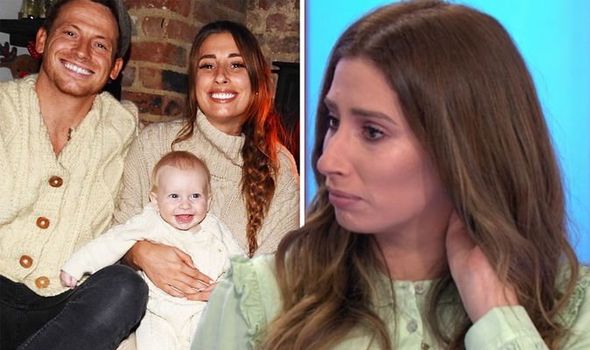 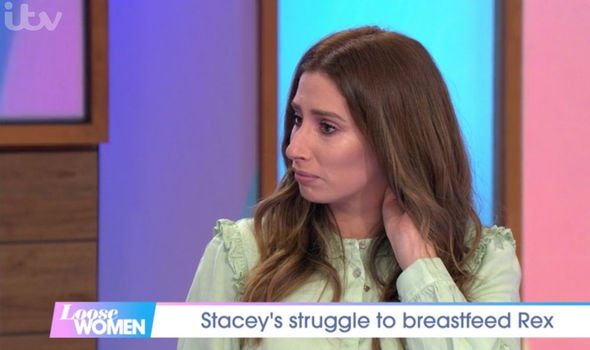 Stacey added: “Looking back now, I almost feel cruel that I carried on trying.

“You do feel like, ‘I could have just given him a bottle’.”

The TV personality, who also has two sons from previous relationships, was comforted by her Loose Women co-stars as she broke down in tears on the programme following the revelation.

Nadia Sawalha advised: “Stacey don’t say those words to yourself. You were trying to do what’s best.” 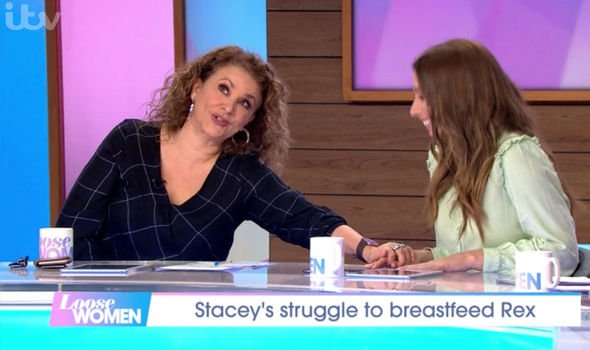 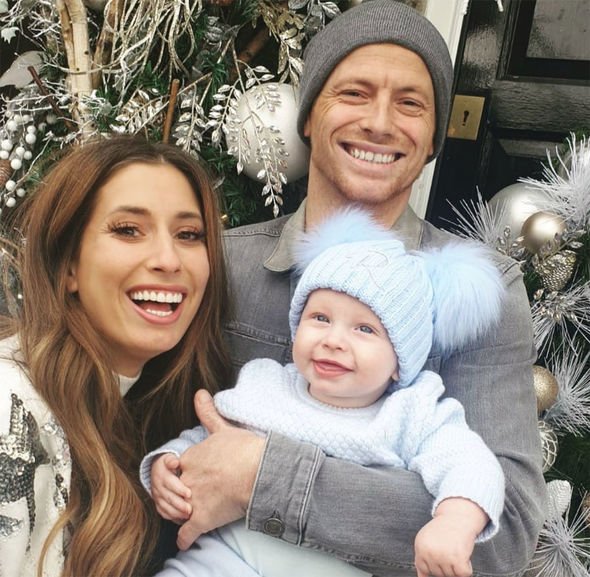 Christine Lampard added: “Loads of women at home are going through what you described.”

Stacey told her fellow panelists she imagined breastfeeding to be a “wonderful experience”, but she “just couldn’t do it”.

She continued: “I imagined that all throughout my pregnancy having this wonderful experience.

“I just couldn’t do it. I really wanted to do it and I just felt like I didn’t know if I was being lazy or I couldn’t take the pain.

“You just start thinking, ‘This is what my body is made to do, why am I not I just pushing through and doing it?’ I thought I was bad at the job.”

It comes after Stacey admitted she frequently “lies” to her beau Joe to keep their relationship “alive”.

The small-screen star shared the candid comment during an appearance on ITV game show CelebAbility.

While battling it out with comedian Dane Baptiste for the title of expert liar, Stacey divulged all to host, and voice of Love Island, Ian Sterling.

Insisting that she had the expertise to take on Dane by herself, she said: “We did discuss this but I thought I’d take this challenge on myself.

“There are necessary lies in life, just the small ones that are absolutely fundamental if you want to keep a relationship alive.”

“So, for example, you know when you go shopping and you buy something, everytime Joe [Swash] says to me, ‘How much was that?’ she explained after the studio audience gasped.

“I always say five pounds. It could genuinely be a three-piece sofa.”

Remember When Tom Green Convinced Everyone Drew Barrymore Had Left Him at the Altar?

‘Lassie’ star Jon Provost says Timmy was never trapped in a well: ‘We just don’t know where that came from’