Okay, remember back in February when outlets like Just Jared, E! News, and Us Weekly confirmed Sophie Turner and Joe Jonas are expecting their first child together? Well, then you also probably know that Sophie and Joe have been super private about the whole thing and haven’t even commented on her reported pregnancy this entire time. Up until now, most fans have been assuming the news is true, but they’ve also been waiting for word from the couple. While Joe and Sophie still haven’t released a statement about the reports, fans got a glimpse at her alleged baby bump after they ventured outside for some fresh air.

Yesterday, the couple went on a walk around their neighborhood and were being super safe and wearing face masks to prevent the spread of coronavirus. (Love to see it!) While Joe opted for jeans, Sophie wore leggings and a sweatshirt, which showed off her growing bump. Of course, only Sophie and Joe know for sure, but as Seventeen put it, this outing “seemingly confirms she’s pregnant.” 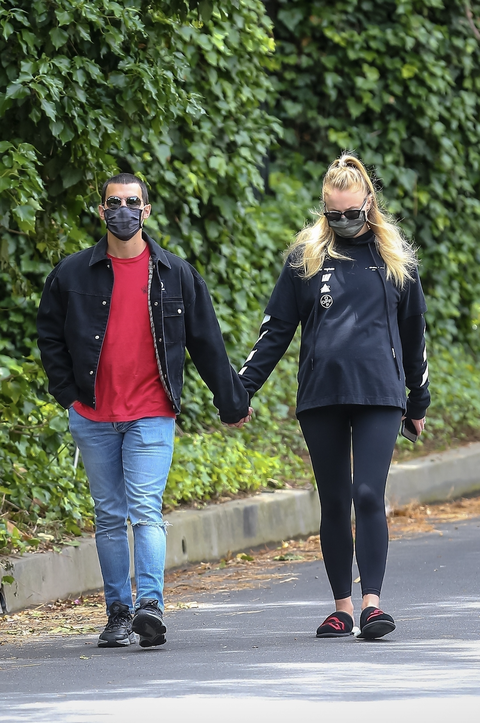 According to an Us source, Sophie is due sometime this summer, but the sex of their baby is unknown. And judging by their track record, we probably won’t know anything else until she actually gives birth because, as a Just Jared source said, “The couple is keeping things very hush-hush but their friends and family are super excited for them.”

Hey, whatever floats their boat! The only thing that matters is that they’re happy and healthy.