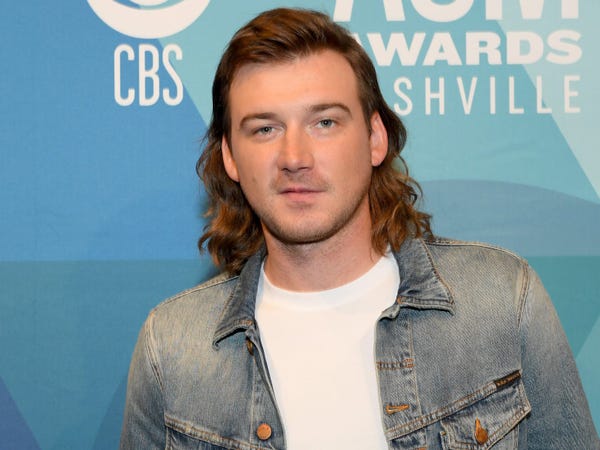 Country music singer and "Voice" alumni Morgan Wallen will no longer be the musical guest for "Saturday Night Live" this week.

Wallen announced on Instagram Wednesday the show's decision to pull the plug on his guest spot, revealing "SNL" had contacted him with the news.

"I was getting ready for 'SNL' this Saturday and I got a call from the show letting me know that I will no longer be able to play," Wallen said. "And that's because of COVID protocols, which I understand."

"I'm not positive for COVID, but my actions this past weekend were pretty shortsighted and they've obviously affected my long-term goals and my dreams. I respect the show's decision because I know that I put them in jeopardy. And I take ownership for this."

Wallen shared a photo of himself last Saturday attending a football game at the University of Alabama in Tuscaloosa in which he's not wearing a mask. Several fans, who were also not sporting masks, shared photos with the singer too. Not to mention videos of Wallen attending crowded parties in Alabama began circulating online earlier this week. In the videos, Wallen and the other guests were not wearing masks nor were they practicing social distancing.

The cast and crew of "SNL" have been following strict COVID-19 guidelines, including rapid-testing for staff, crew and audience members along with required mask-wearing.

After being pulled from the NBC sketch comedy series, the country singer said he's going to "take a step back from the spotlight for a little while and go work on myself."

Wallen continued, "On a more personal note, I think I have some growing up to do. You know, I think I've lost myself a little bit. I've tried to find joy in the wrong places and I don't know, it's left me with less joy."

The singer also said that "SNL" creator and executive producer Lorne Michaels gave him "lots of encouragement" and said they would try to find another time to make a performance work.

So far, "SNL," which will be hosted this week by comedian Bill Burr, has not announced a replacement musical guest. Insider reached out to reps for the series, but didn't immediately hear back.