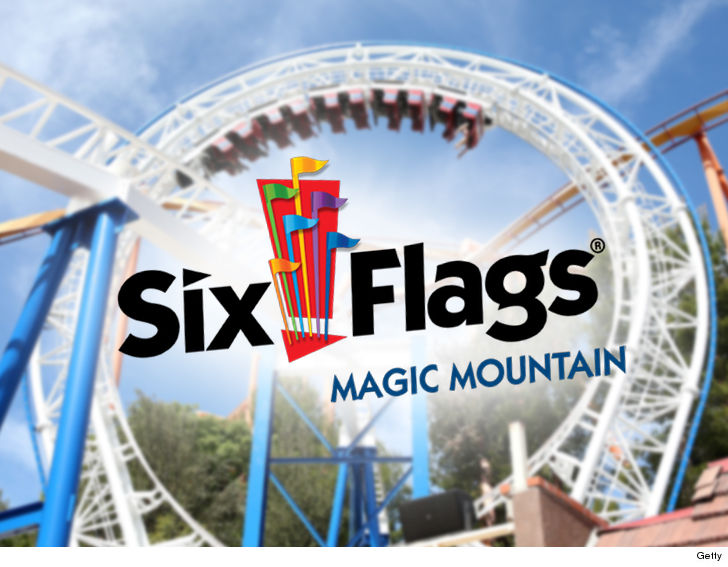 Guests who went to Six Flags in Southern California on Sunday were met with flames and smoke as a wildfire erupted right next door … and they were temporarily trapped.

The fire, which officials have dubbed the Sky Fire, broke out near Six Flags Magic Mountain and the adjacent water park, Hurricane Harbor, at around noon down in Santa Clarita … literally a stone’s throw away from the theme park and all the guests inside.

As the flames grew, a lot of patrons captured the panicked scene from the ground … and even from still-operating roller coasters up in the air. It’s pretty insane to see.

One guest filmed the smoke billowing while ascending the park’s biggest roller coaster, Goliath, and the moment appeared ominous to say the least.

According to authorities, the fire has burned up to 50 acres and is 20 percent contained as of about 3 PM PT. At first, guests were being evacuated … but were eventually told to bunker down in the park as all the exit roads nearby were closed for the time being.

Shortly afterward, the exits were reopened and people started to flee en masse. Six Flags says that the two parks are going to be closed for the remainder of Sunday, but surprisingly … they’re saying their doors will be open again Monday.

Considering what the place looks like right about now, we imagine they might change their minds. As of this writing, there are no reported fatalities or injuries as a result of the fire.

Sian Clifford: Fleabag star told to ‘get a grip’ as she breaks down during BAFTAs win