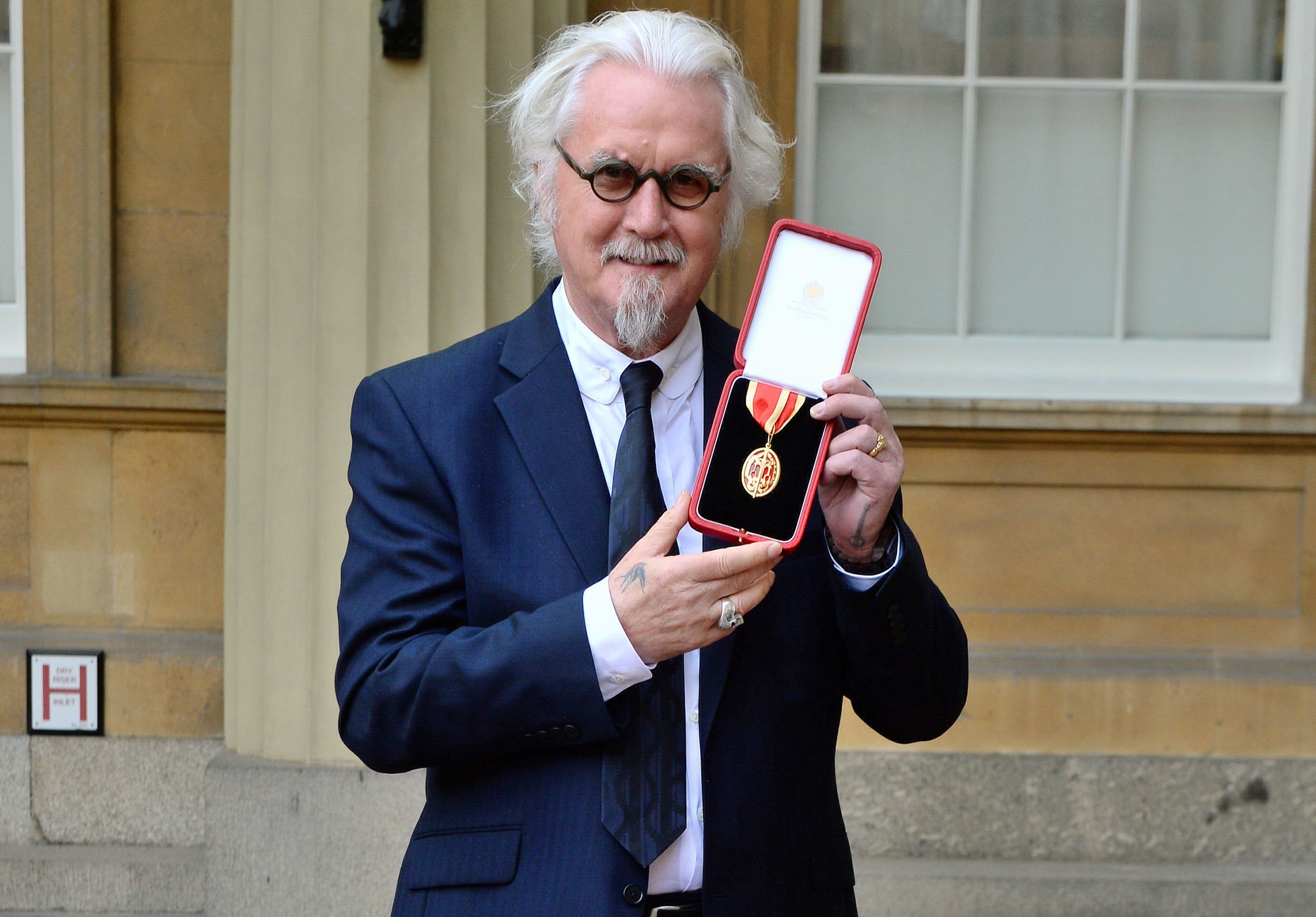 Sir Billy Connolly is dropping his first ever autobiography, at the age of 78.

The comedian’s life story, titled Windswept and Interesting, has been picked up by John Murray Press – and will be on bookshelves in October.

And we cannot wait to speed through it.

An official notice from the publishers states the Brave star’s book will explore ‘the truth behind his windswept and interesting life’.

It promises to be ‘joyfully funny and stuffed full of hard-earned wisdom’, with accounts of ‘fishing, farting and the joys of dancing naked’.

Spilling the beans on what we can expect from the biography, he said: ‘It’s the first time I’ve done this. Other people have written about me – or for me – but this time it’s just my own life in my own words.

‘I didn’t know I was Windswept and Interesting until somebody told me. I had long hair and a beard and was swishing around in electric blue flairs.

‘He said “Look at you – all windswept and interesting!” I just said: “Exactly!” After that, I simply had to maintain my reputation.’

While Nick Davies, the Managing Director of John Murray Press, added: ‘National Treasure… “Welder Statesman”… Living Legend… there are few people who inspire such warmth and affection among audiences worldwide.

‘I can’t think of a better way to follow the phenomenal success of TALL TALES & WEE STORIES than with Billy’s long-awaited autobiography. It is a wise, heartfelt, opinionated and hugely funny book.

‘And it has been one of the great pleasures of my career to work on it.’

Sir Billy’s news comes after he received the second dose of the coronavirus vaccine – in the most Sir Billy way possible.

His wife, Pamela Stephenson, blessed fans with a photo as the comic – who has Parkinson’s – calmly holding his sleeve up as he got the jab.

As chilled out as possible, she captioned the shot: ‘Wee jab – nae bother’.

She continued: ‘Billy just had his second Covid 19 vaccination! We waited our turn and received them at our local Publix supermarket.

‘So relieved he has some protection now! He said “Wee jab – nae bother!”’

Sir Billy Connolly’s Windswept and Interesting will be released on October 14, 2021.

This is why Blac Chyna attended the 2020 Oscars