Simon Rimmer, 56, and Tim Lovejoy, 51, were joined on Sunday Brunch by comedian Jason Manford, 38, to chat about his new game show today. As the British star was being introduced, Tim appeared to get tongue-tied which caused the studio to go up in laughter.

Speaking to viewers, the Channel 4 presenter welcomed Jason onto the show before making the slip up.

He explained the comedian is gearing up to front a brand new primetime game show for BBC One.

But the Sunday Brunch host couldn’t seem to get his words out and teased they he may be getting “fired” because of his errors. 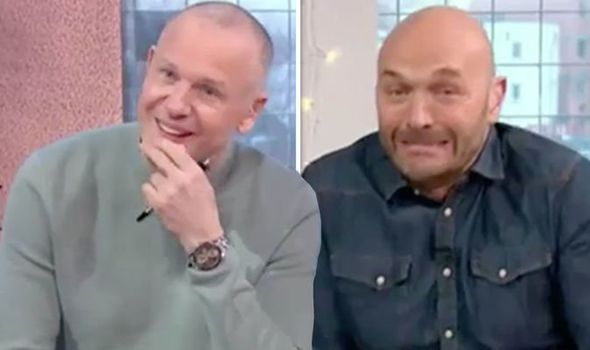 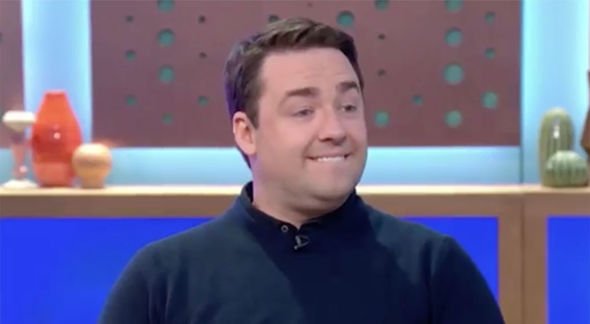 Jason interjected: “You’re on fire today,” before chuckling at the Sunday Brunch presenter.

Tim replied: “I know. If I can get through this show without being fired.”

The comedian added: “I feel like that every week.” 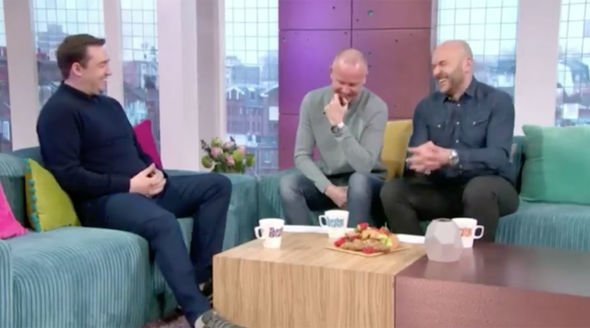 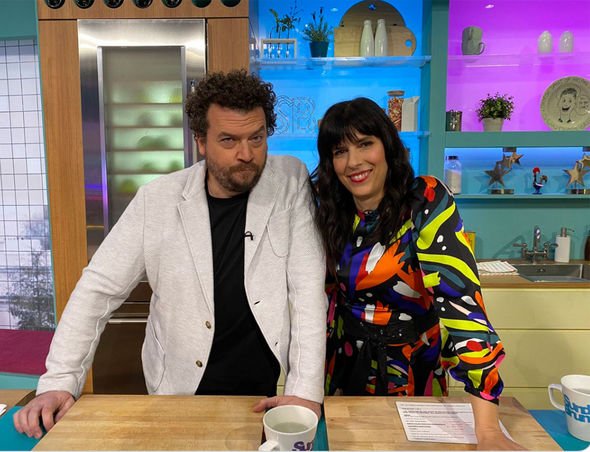 His co-star Simon seemingly appeared to not have much sympathy for his colleague as he laughed off his mishap.

Meanwhile, the presenting duo were taken aback after their guest Danny McBride made a candid admission about the rapper Kanye West.

The actor revealed he chatted with the hip hop heavyweight about playing him in an autobiographical movie.

The US star explained: “He wanted to do a movie about the story of his life and he wanted me to play him.”

After Kanye visited Danny at his home in Charleston, the comedian also divulged his son’s reaction to the rapper being in their home.

He continued: “My son asked, ‘Do you think Kanye wants to watch me play Fortnite?’”

“So we just sat there and finished watching my son play Fortnite,” Danny finished.

The bizarre tale left the studio guests in giggles as the Sunday Brunch hosts were left shocked by the funny anecdote.

Elsewhere, the Channel 4 favourites have asked their loyal viewers to support them in their latest endeavour.

Simon and Tim have been nominated for a National Television Awards and called for their fans to vote for them.

Taking to the official Sunday Brunch Twitter account, the wrote: “What a fun Sunday! Thank you for watching and thank you to all of our amazing guests. Don’t forget to vote for us in the NTAs!”

Sunday Brunch continues on Channel 4 on Sunday at 9.30am.