Home » Celebrities » Sian Clifford: Fleabag star told to ‘get a grip’ as she breaks down during BAFTAs win

Sian Clifford, 38, won the Female Performance In A Comedy Programme at the BAFTA Virgin Media British Academy Television Awards. The Fleabag actress beat her co-star Phoebe Waller-Bridge and relayed her shock at being chosen to win.

As Sian fought back tears, the actress began her lengthy acceptance speech while holding the palm of her hand against her face.

The small-screen star began to wipe tears away from her face before she began her acceptance speech.

“I don’t think you can see, but oh my God,” Sian chuckled. 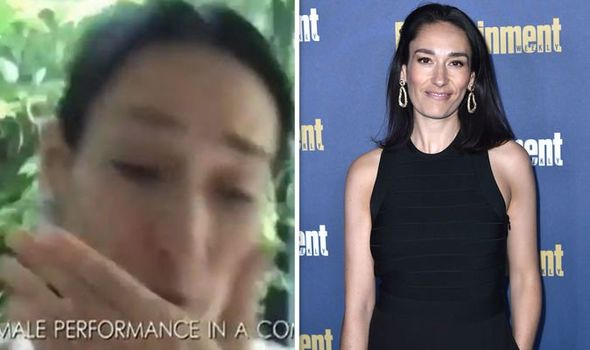 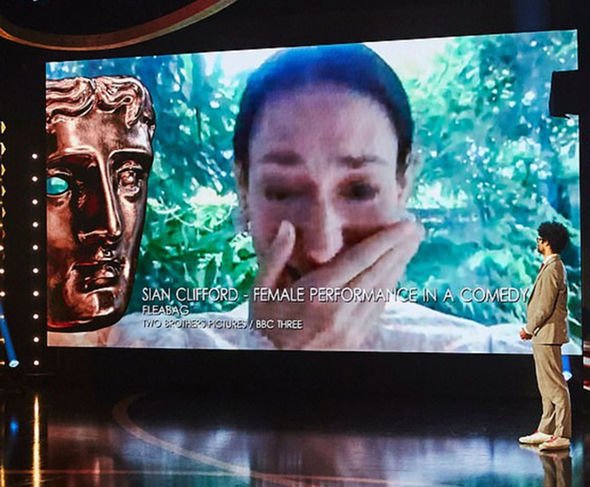 “Sorry but this is so unexpected. Oh my God, I don’t even believe in competition and all of the women I’m recognised with, I wouldn’t even be here.”

The Fleabag star appeared shocked by her win as she continued with her speech.

“Oh my God. This is unbelievable. Thank you to everyone on my jury. I was on a jury for the first time this year.

“In fact, it was my first Zoom of lockdown. It was memorable and the connection was terrible. 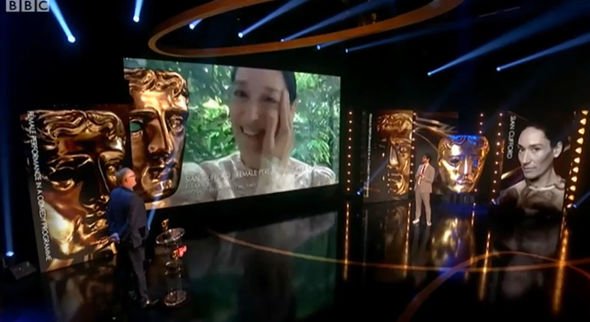 “So thank you to everyone that endured that process.”

She continued: “Thank you to everyone involved in our project. You’ve been incredible. I wouldn’t be here. There is no Claire without Fleabag.

“I honestly don’t know what to say.”

She laughed: “It’s so stupid, so weird and so surreal. It’s all a bit of nonsense, it’s a bit of a beautiful mess.”

Cutting her off, host Richard Ayoade interjected: “Thank you. I think the word you were looking for is that you beat Phoebe.”

“And that is why we need camera people. Get a grip.”

Sian reunited with Phoebe briefly over video link with fellow nominees Sarah Kendall and Gbemisola Ikumelo, and the quartet showed their funny side as they tweezed their faces while waiting for presenter Greg Davies to announce the winner.

Tonight saw the first-ever virtual British Academy of Film and Television Awards broadcast on the BBC as the ceremony adapted to COVID-19 precautions.

Presenters such as Daisy Edgar-Jones, Paul Mescal, and Stacey Dooley lined up – at a two-metre distance.

The broadcast was filmed in a closed studio at Television Centre in West London.

Other big winners of the night included Strictly Come Dancing, Idris Elba and Gavin and Stacey.

The BAFTA TV Awards is available to stream on BBC iPlayer now.