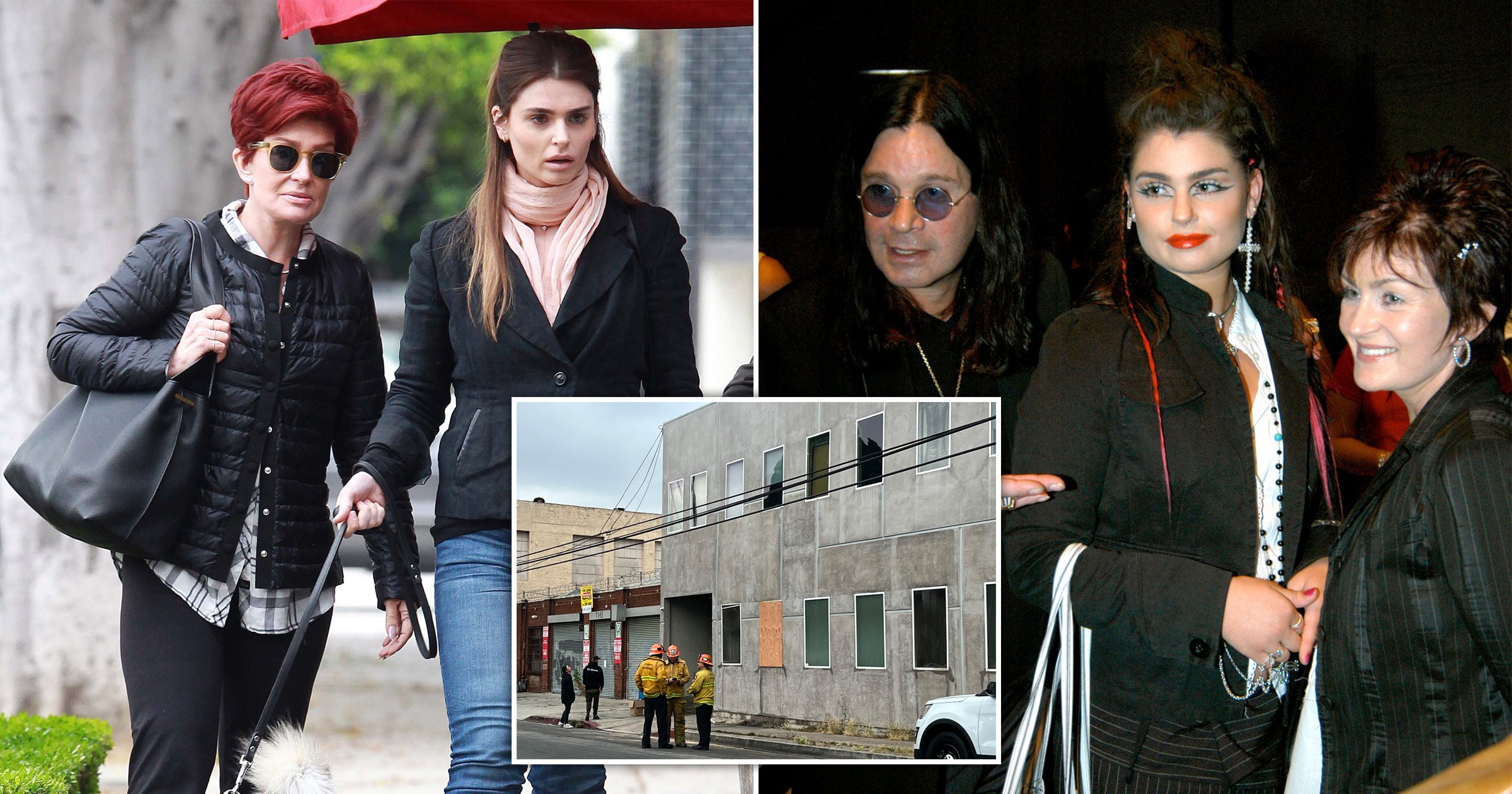 Sharon Osbourne has revealed her and Ozzy Osbourne’s daughter Aimee was involved in a fire in a recording studio this week.

A recording studio in Los Angeles caught ablaze on Thursday while Aimee and a record producer were inside, but the pair both managed to escape.

Aimee and the producer were both treated for smoke inhalation, but it was later discovered that another male, who has not yet been named, died in the fire, which took 78 firefighters nearly an hour to get under control according to reports.

Sharon told her followers about her daughter’s terrifying near-miss on Instagram, writing: ‘Today my daughter @aro_officialmusic was working in a recording studio at this building with her producer.

‘They are the lucky two that made it out alive. It is utterly heartbreaking that someone lost their life today in this fire & we are sending our prayers to this person & their family.

‘What happened today was beyond horrific. I really hope moving forward that buildings like this are better regulated for fire safety.’

She added: ‘This building was a creative hub for music in Hollywood, a space that should have been regulated for fire code.

‘Producers, musicians, mixers & artists also lost all of their equipment. Once again, our prayers go out to the family and friends of the person that lost their life to this senseless fire.’

Sharon also shared a comment from a follower which read: ‘She asked my husband to catch her so she can jump out of the second floor window after he was yelling letting everyone in the building know.

‘Glad she didn’t have to and she was ok. I’m still here right now, hoping I can salvage our studio equipment.’

Sharon responded to the comment, adding on her story: ‘THANK YOU, your husband alerting her literally saved her life.’

Aimee has not yet addressed the incident on her own social media accounts.

Jordan Clarkson Goes After Fan Over 'Malicious' Heckling, Held Back By Teammates

Katie Price ‘terrified’ she may spend Christmas in prison after arrest