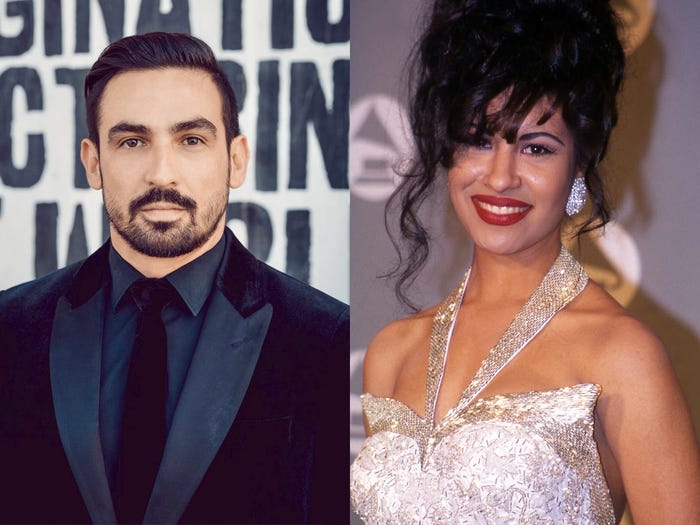 Fans of Selena Quintanilla-Pérez are likely all too familiar with the story of Yolanda Saldívar, the former nurse who became the president of the singer's fan club — and in 1995, shot the singer dead in a hotel room.

Along with being president of the singer's fan club, Saldívar was also a close friend of Selena, who reportedly called her "mom." Before her death, Selena, known as the "Queen of Tejano music" thanks to her hits such as "Como La Flor," "Bidi Bidi Bom Bom," and "I Could Fall In Love," had even promoted Saldívar to manager of her namesake boutiques in Corpus Christi and San Antonio, Texas.

But the two's relationship hit a rough patch in early 1995. It came after several members of the Quintanilla family, including the singer's father, Abraham, uncovered evidence suggesting that Saldívar had been embezzling funds from the singer's boutiques and the Selena fan club.

The family confronted Saldívar in March 1995, and several weeks later, the singer met up with Saldívar to take her to the hospital, after the former fan club president said she'd been sexually assaulted during a recent trip to Mexico.

Upon returning to the Corpus Christi Days Inn in Texas, where Saldívar had been staying, Selena reportedly confronted her yet again about the missing funds.

Saldívar then pulled out a revolver and shot the singer in the shoulder, severing one of her main arteries. Selena fled and managed to reach the hotel lobby before collapsing and eventually dying from blood loss.

While Saldívar's violent crime and eventual conviction have made her a major character in Quintanilla's life story, she's not prominently featured in the first part of the new Netflix show "Selena: The Series," which follows the singer from early childhood to the cusp of superstardom.

Part one of the two-part series ends well before her untimely murder, although Saldívar's character does make a brief appearance in one scene as an eager nurse asking to start Selena's fan club.

Creator and showrunner Moisés Zamora told Insider that he didn't contact the real-life Saldívar before filming the series.

"I did not reach out to her," Zamora added. "I did do a lot of research, especially when it came to…how she was able to ingratiate herself into this family and work for them."

The showrunner continued that his main goal when it came to developing Saldívar's character was "trying to understand her psychology a little bit more, but no, I did not reach out to her."

Rather than focus on Selena's death, Zamora said he was much more interested in detailing new parts of Selena's life, family, and career along with centering the Chicana perspective in his new Netflix show.

Zamora added that he accomplished this goal by ensuring that "the majority of the other writers were of Mexican-American descent and were women writers. So yeah, for me, it was very, very important."

Part one of "Selena: The Series" premieres December 4 on Netflix. You can watch the trailer below.

Kaley Cuoco Has Quite the Reaction When Asked About Ex Henry Cavill!