A new report powered by USC Annenberg’s new study on Muslim representation in media, found that less than 10 percent of top grossing films from 2017-2019 had a Muslim character on screen, noting that Muslim characters were erased in popular movies, that portrayals lack intersectional inclusion, and that Muslims still face stereotyping on screen.

Ahmed responded to the report, stating plainly, that the data doesn’t lie.

“The representation of Muslims on screen feeds the policies that get enacted, the people that get killed, the countries that get invaded,” said the Sound of Metal star. “The data doesn’t lie. This study shows us the scale of the problem in popular film, and its cost is measured in lost potential and lost lives.”

This new initiative has built a coalition of parties from Ahmed’s Left Handed Films production company, Pillars Fund led by Kashif Shaikh, Pillars Fund’s co-founder and president and Arij Mikati, managing director of culture change, the USC Annenberg Inclusion Initiative’s Dr. Stacy Smith and her research leads Dr. Katherine Pieper and Al-Baab Khan, and the Ford Foundation, to create a solution to the problems of misrepresentation of the Muslim community in media.

The coalition has created the Blueprint for Muslim Inclusion, as well as the Pillars Artist Fellowship, offering selected grantees an unrestricted award of $25,000.

“I know the industry has the imagination and the resources to fix this problem. Now it must show the will, and the Blueprint for Muslim Inclusion can offer a practical roadmap for change,” Ahmed explained of the initiative. “The Fellowship also offers a meaningful way to intervene. Having a source of unrestricted funding for Muslim artists and storytellers will be game changing. Muslim communities in the US and UK are amongst the most economically disadvantaged, and yet currently there’s nothing else out there like the Pillars Artist Fellowship which really invests and believes in the talent pipeline. Had I not received a scholarship and also a private donation, I wouldn’t have been able to attend drama school.”

Adding, “This fellowship is a game changer, because it means that we can put the time and energy into finding the talent and nurturing the talent. And that’s how we’re gonna see long term change.”

For more on the actor and activist, watch the video below.

EXCLUSIVE: Riz Ahmed on How 'The Night Of' Could Return, Why Parents Have No Idea He Won an Emmy 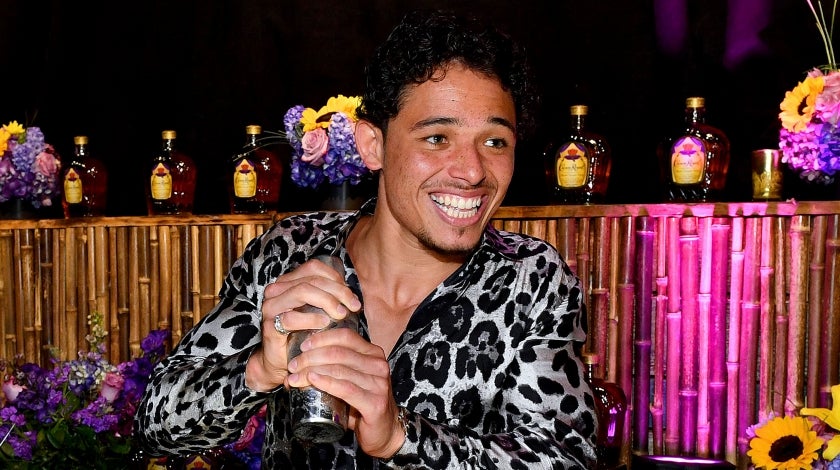