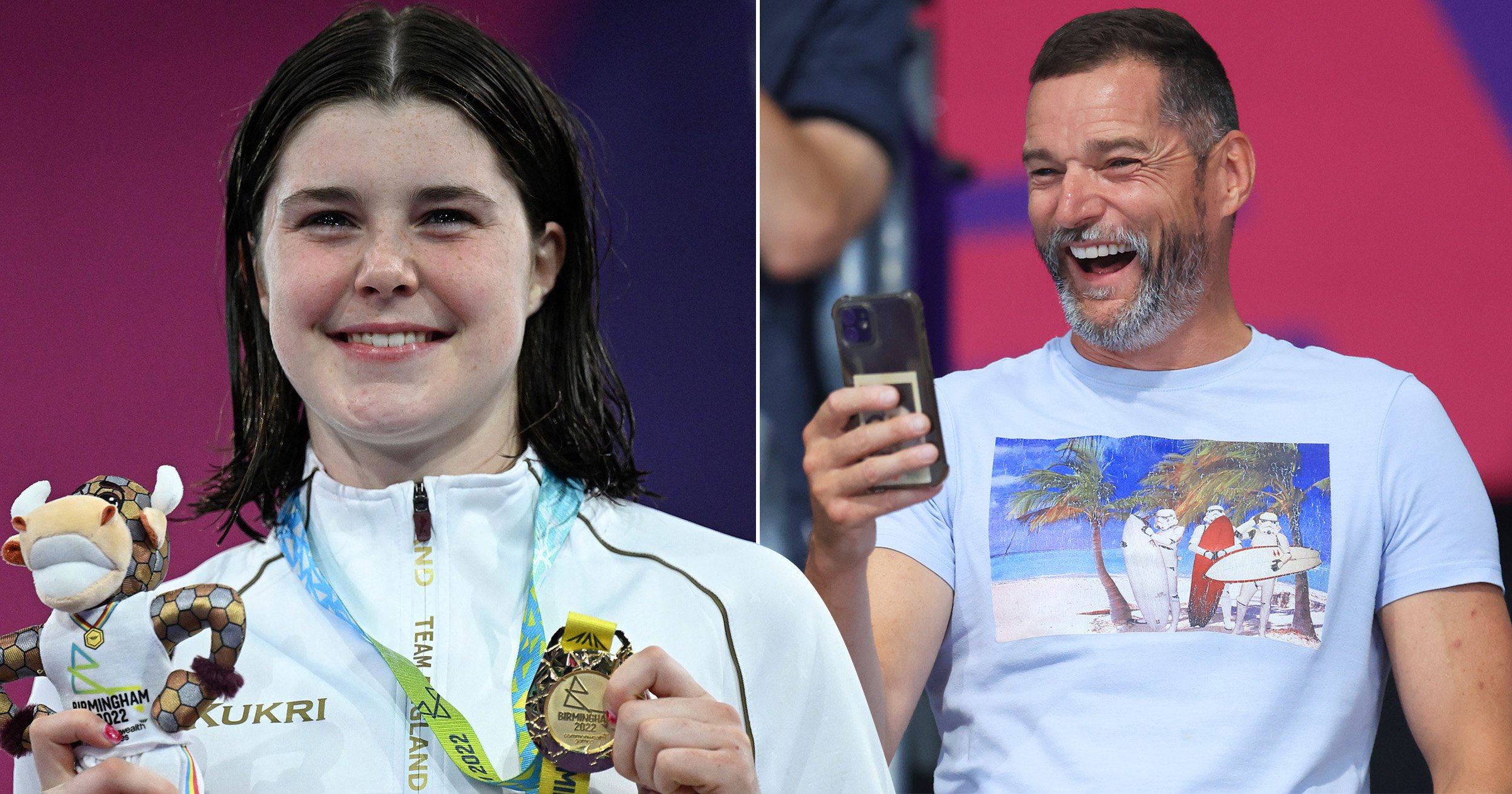 First Dates star Fred Sireix is treating his champion diver daughter to a holiday to New York City after she clinched a gold medal in the Commonwealth Games.

At just 17 years old, Andrea Spendolini-Sirieix has had a stunning win at the international sports competition as she won a gold medal for Team England this week.

The sports superstar – who became an Olympic diver at just 16 – topped the leaderboard at the 10m Platform in Birmingham on Thursday evening, and her dad was there to cheer her on every step of the way.

The proud dad was seen supporting Andrea from the sidelines on Thursday as she easily got through the qualifying rounds to reach the finals, pictured giving thumbs up, cheering, and giving fatherly advice from the side of the pool.

Now the father-of-two, best-known as the charming maitre d’hotel on the Channel 4 dating show, is planning to celebrate Andrea’s incredible win with a trip to the Big Apple.

He told the Daily Mail: ‘We are going to take her to New York in September when she turns 18. We’ll spend a few days there as she’s never been. She’s always wanted to go.’

‘She deserves it,’ he added.

The star, who also shares 13-year-old son Lucien with former partner Alex, admitted he barely slept a wink since Andrea won the gold as he kept replaying the moment in his head.

He was pictured cheering and up punching the air along with the crowd as the Team England star took first prize after gathering an incredible 357.5 points.

In the same interview, Fred described how his daughter has trained ferociously to get where she was since she was eight years old, with him following every step of the way.

After years of training six days a week, often ‘four to five hours a day,’ Andrea pulled off her ‘best-ever’ dive in the Commonwealth Games final, Fred said proudly.

The Channel 4 star had given fans a blow-by-blow account of the event, sharing a photo of the pool as he told his Twitter followers: ‘This is it! Let’s #goAndrea’.

As well as her win at the Commonwealth Games, the spectacular young diver represented Team GB in the 2020 Olympics which were held in Tokyo.

At the time, Fred supported his then-16-year-old daughter after she qualified for the prestigious competition alongside 11 others.

Alongside two snaps of the teen athlete, the proud dad wrote: ’Good luck mon we are all so proud of you.’

Leah Messer: I Found a Lump … And Now I Need an Ultrasound