Home » Celebrities » Princess Eugenie stepped out in London & she doesn’t look pregnant at all? 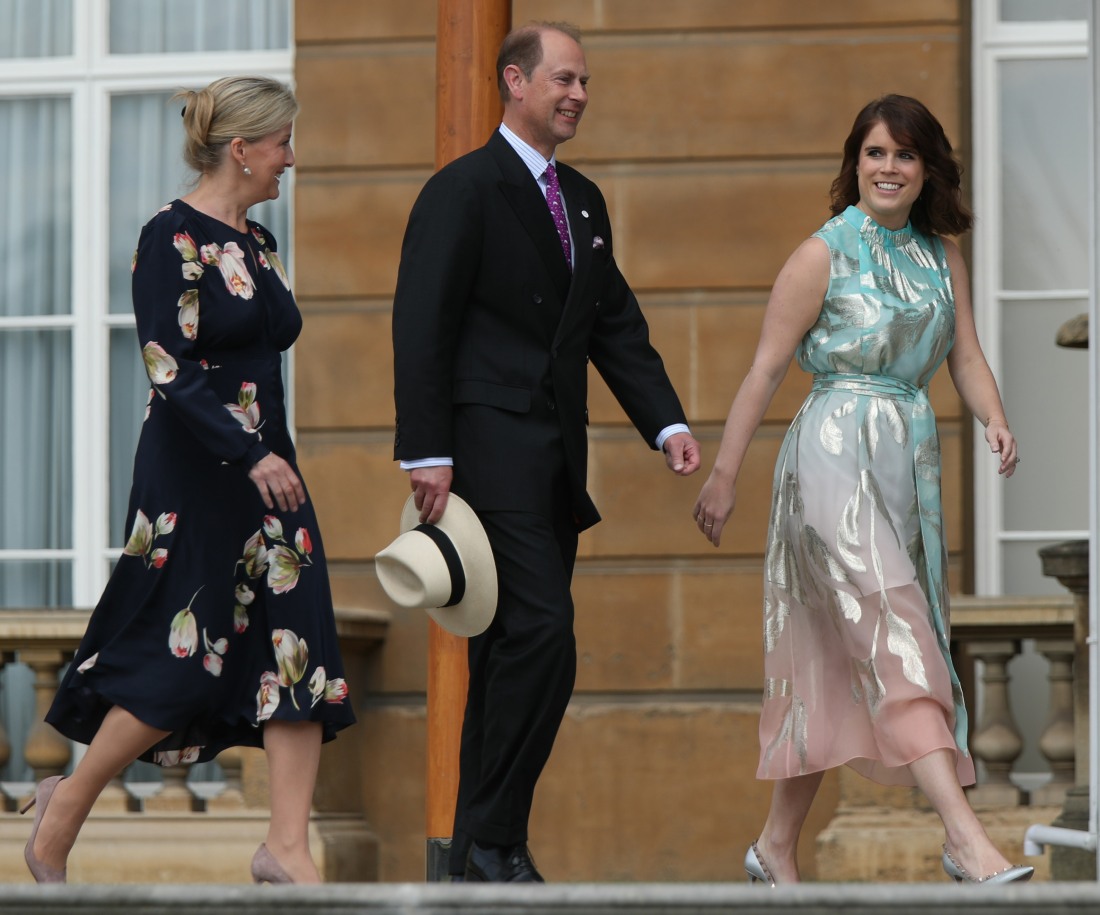 Many people believe that Princess Eugenie is pregnant. The pregnancy rumors started a month ago, when she stepped out with the Queen over the Easter holiday and she seemed to be hiding her midsection behind a collection of oversized flower bouquets. The rumors picked up even more steam when Eugenie went dark for weeks during Archie Harrison’s birth, and many assumed she would announce a pregnancy shortly after the Sussexes’ headlines died down. Then Eugenie didn’t even go to Lady Gabriella Windsor’s wedding last weekend. All the signs were there!

Except Princess Eugenie stepped out yesterday and she looks very un-pregnant. She looks the same as always, really. Eugenie attended the Duke of Edinburgh Gold Awards at Buckingham Palace yesterday with her aunt and uncle, the Earl and Countess of Wessex. Eugenie wore a $1733 Peter Pilotto ombre dress with a waist-tie. If anything, Eugenie still appears to have a small waist and the small “bump” looks like a normal woman’s “I just ate lunch” stomach.

I feel like we were just hallucinating the whole “Eugenie is already preg!” thing, but it honestly didn’t come out of left field. It was on the British betting markets and everything, and people really did assume that she would be making an announcement any day now. Maybe she is preg and she just isn’t showing yet? I have no idea. 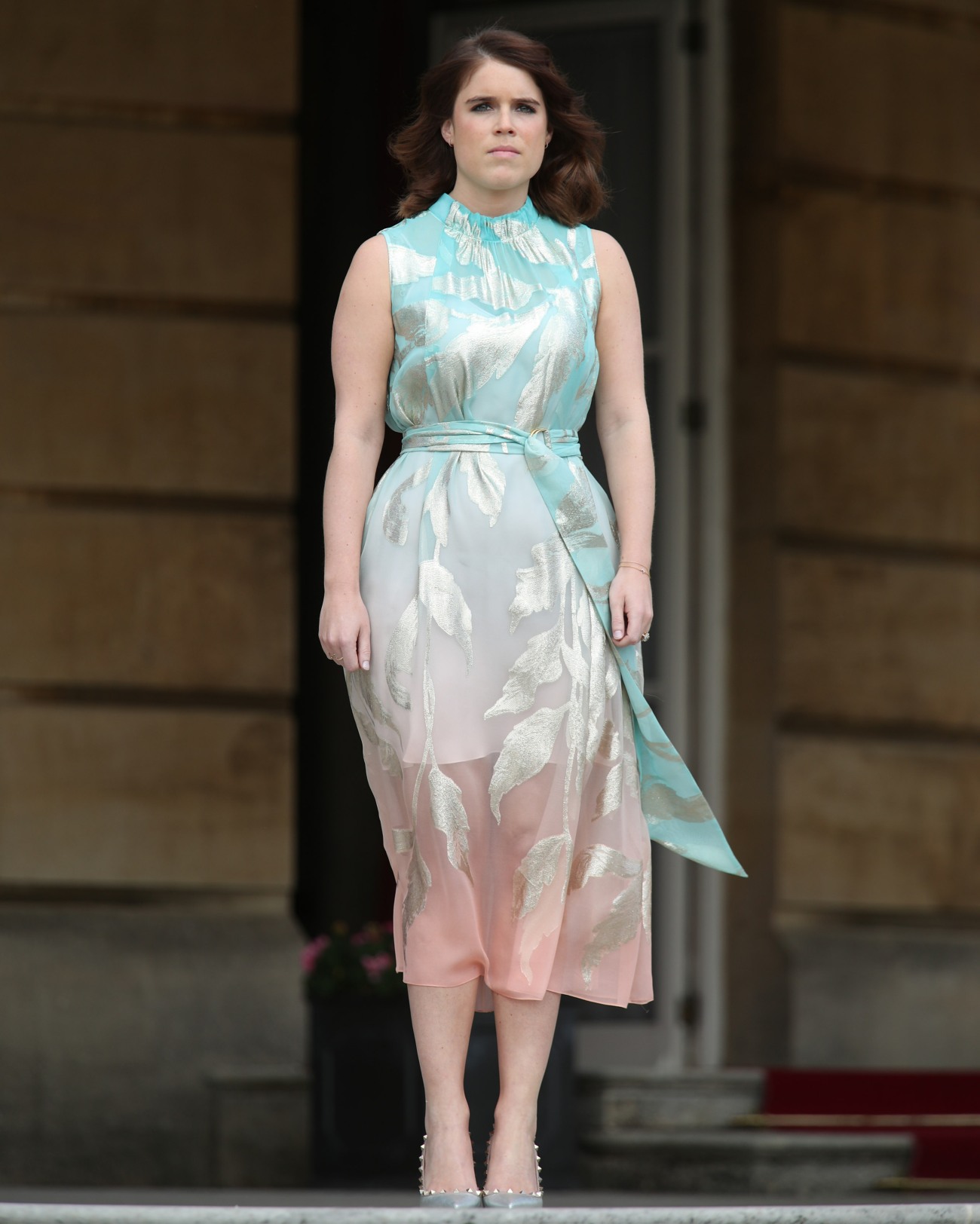 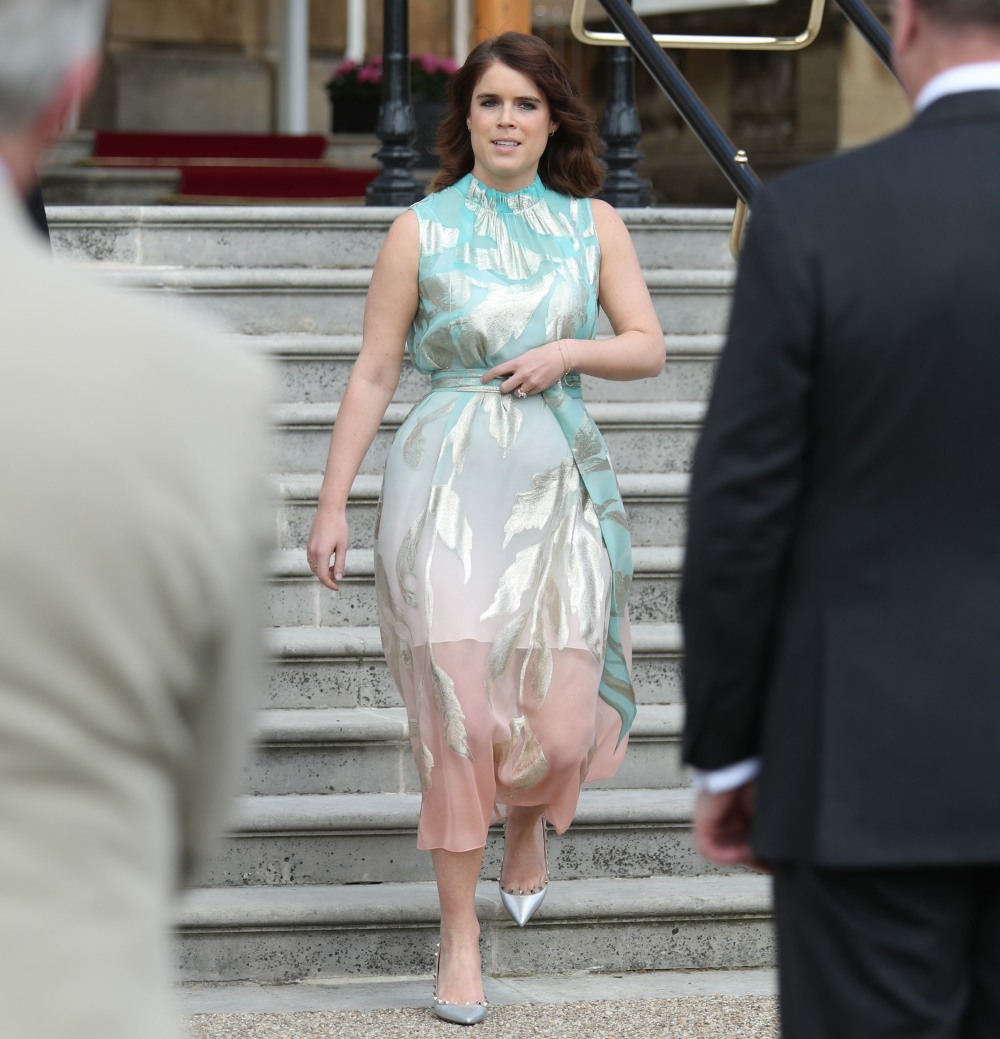 Jake Gyllenhaal (FINALLY!) Responds to Taylor Swift's “All Too Well”