The Duke and Duchess of Cambridge have arrived with two of their children at Cardiff Castle.

William and Kate, alongside Prince George, eight, and Princess Charlotte, seven, will meet performers and crew involved in the special Platinum Jubilee Celebration Concert taking place on the castle grounds on Saturday.

Prince William, Kate, George and Charlotte were lucky enough to view rehearsals and meet some of the acts taking part in the celebrations, including Bonnie Tyler and Owain Wynn Evans, West End performers, Rubicon Dance Company, and the Wales Youth Choir for Good.

See the best photos from the day below…

MORE: The Queen’s Platinum Jubilee celebrations: what to expect every day of the bank holiday

During their visit, the royal family will learn more about the technical production underpinning the show, including lighting and sound and visual effects before they help with some of the final preparations for the concert. 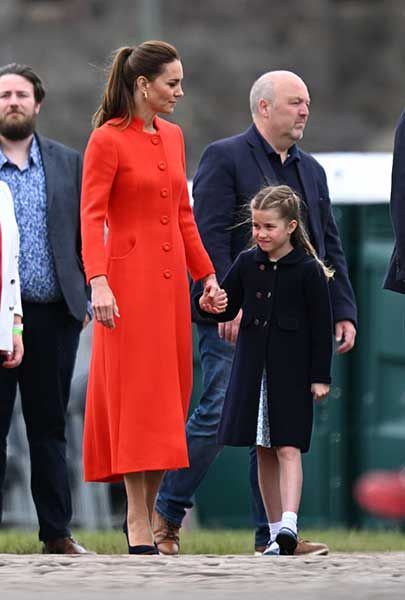 Kate held Charlotte’s hand as they walked through the crowds

They will also get a chance to meet show hosts, Aled Jones and Shan Cothi, along with singers and entertainers, choirs, bands, and orchestras. 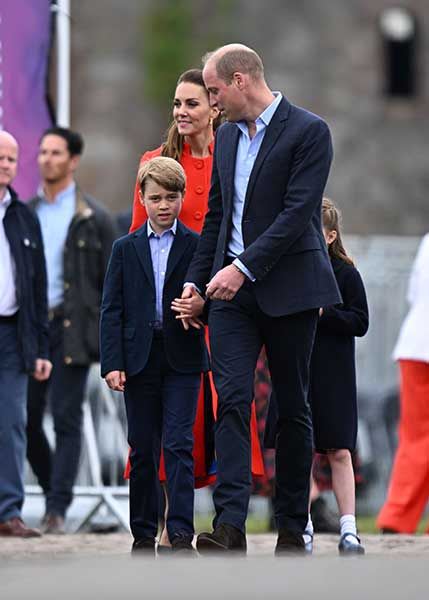 The performances will finish at 7pm, after which the large screens in the castle grounds will allow concert-goers to watch the Platinum Party at the Palace taking place in London, with musical performances to celebrate Her Majesty’s Jubilee. 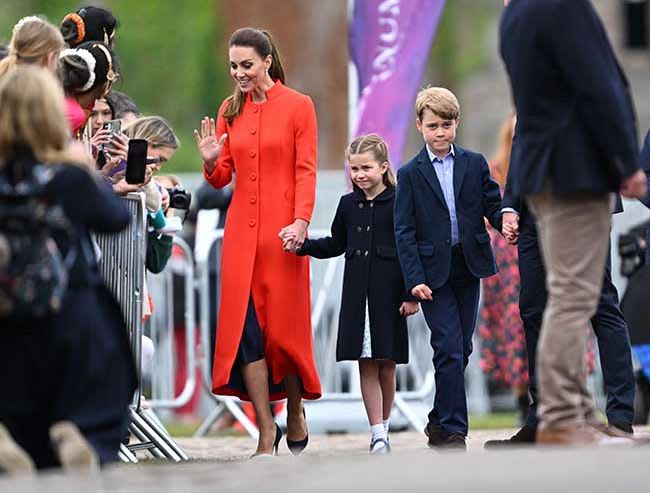 Over the jam-packed jubilee bank holiday weekend, members of the royal family will travel to other home nations, with the Earl and Countess of Wessex set to visit Northern Ireland. 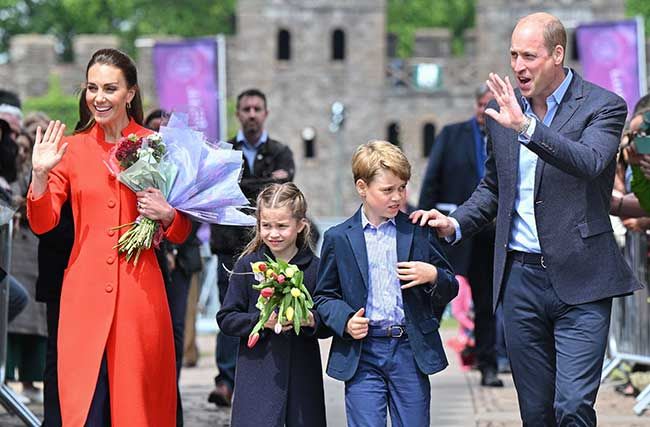 Kate and Charlotte were gifted beautiful bouquets of flowers

Sophie and Prince Edward are due to meet children taking part in multicultural street performances, join in with art and craft sessions, and speak to people as they share their personal memories of meeting the Queen.