Feature films by British writer-director Terence Davies don’t come along very often — there have been nine since 1988 — but are usually worth watching when they do, even those that demand a certain perseverance.

Benediction, the story of World War I poet Siegfried Sassoon, slots into that category. It is pretty hard going but has its rewards.

Sassoon is splendidly played as a young man by Jack Lowden, and in later years, after he converts to Catholicism and grows deeply embittered, by Peter Capaldi. Hard as he tries to sound like a Home Counties patrician, the latter can’t quite suppress a faint Scottish twang, making Sassoon sound disconcertingly like a venerable member of the Royal & Ancient Golf Club of St Andrews . . . even if a less clubbable man would be hard to find. 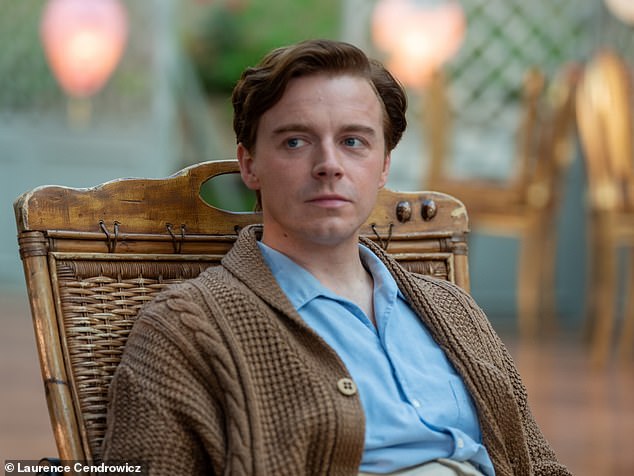 Sassoon is splendidly played as a young man by Jack Lowden, and in later years, after he converts to Catholicism and grows deeply embittered, by Peter Capaldi

Powerfully, Davies punctuates his drama with grainy real-life footage from the Great War, of shell bursts over the trenches and cheerful Tommies showing their gap-toothed smiles to the camera as they march to their doom.

He also makes effective use of Sassoon’s poetry, solemnly recited by Lowden over the archive pictures, although arguably the most piercingly poignant lines are, a little oddly, from A. E. Housman: ‘East and west on fields forgotten/ Bleach the bones of comrades slain/ Lovely lads and dead and rotten/ None that go return again.’

At the start of the film, Sassoon, having been decorated for formidable valour on the Western Front, has grown disillusioned with the way the war is being conducted and decides to become a conscientious objector. This is punishable, at the very least, by public disgrace. So his friend Robbie Ross (Simon Russell Beale) quietly arranges for him to be declared mentally unfit, to swerve the stigma of perceived cowardice.

Grudgingly, Sassoon agrees to a stay in a military psychiatric hospital in Scotland (maybe that’s where he acquires the heathery vowel sounds for use later in life). There he bonds with a kindly psychiatrist (Ben Daniels) and clashes with the bristly commanding officer, who notes his attraction to another inmate, fellow poet Wilfred Owen (Matthew Tennyson), and suggests that chaps of their ilk should do the decent thing with a service revolver.

Themes of homosexuality are rarely far away in Davies pictures, even though — or possibly because — he is openly conflicted about being gay himself. ‘It has killed part of my soul,’ he has said.

Grudgingly, Sassoon agrees to a stay in a military psychiatric hospital in Scotland (maybe that’s where he acquires the heathery vowel sounds for use later in life)

In truth, Davies gets a little over-excited with the world of these Bright Young Things. There is a famously corny exchange in the 1946 Bronte sisters biopic Devotion — ‘Morning Dickens’ . . . ‘Morning Thackeray’ — as two lavishly bearded gents pass one another, and, similarly, Sassoon can hardly sneeze without a bless-you from Noel Coward, Edith Sitwell or Lady Ottoline Morrell.

Alexander Mackendrick’s compact comic gem for Ealing Studios, about a whisky heist on a Hebridean island, has aged better than the ill-advised 2016 remake with Eddie Izzard. An enduring charmer.

Moreover, we are expected to believe that all these flapper-era giants converse only by trading epigrams.

‘Purity is like virginity,’ quips one mighty wit to another, adding that as soon you touch it, it becomes corrupt. ‘Cheers pal, but I only asked you to pass the salt,’ you are desperate for the other to reply, but of course he doesn’t.

He doesn’t even say: ‘Hang on, virginity is purity, isn’t it?’ Instead, he just joins in with the sub-Wildean banter. After all, it’s in the script.

Speaking of Wilde, Davies is not above some clumsy expository dialogue by way of explaining that Beale’s character, Ross, had been a loyal friend to Oscar decades earlier.

All this gets a bit wearing, yet there is plenty in the film that is both moving and enlightening, and I found it less theatrical than Davies’s last outing, 2016’s A Quiet Passion, which was also about a poet: Emily Dickinson.

Will he complete the trilogy with a drama about Pam Ayres? If only.

A very different crew of Bright Young Things populate Emergency, a decent if uneven comedy about two black friends on a U.S. college campus who find a female white student unconscious in their dorm living room.

She can’t be revived, hard as they try, but they feel sure that if they call 911, the police will blame them for getting her into that state — and possibly worse. Besides, the house reeks of cannabis.

From the start, when a British professor tries to get a debate going about the N-word, Carey Williams’s film makes some trenchant observations about racism in liberal as well as illiberal America.

‘Could you, like, not sing that song right now,’ says another classmate.

But it is taught in first aid classes, apparently, as a useful beat for CPR. Touches like that make this a movie worth seeing. 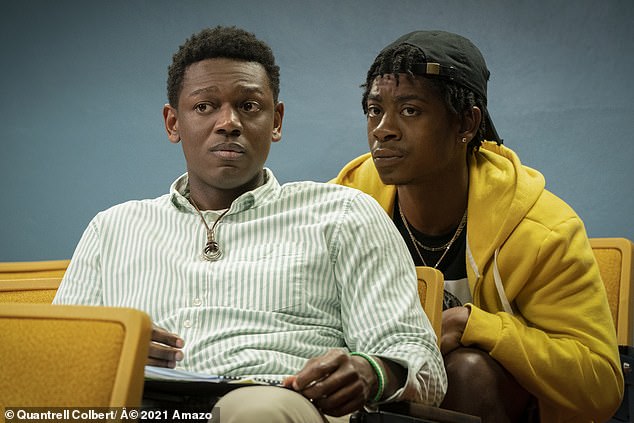 A very different crew of Bright Young Things populate Emergency, a decent if uneven comedy about two black friends on a U.S. college campus who find a female white student unconscious in their dorm living room

In the Outback, you don’t mess with Molly

The Drover’s Wife: The Legend Of Molly Johnson

The Drover’s Wife: The Legend Of Molly Johnson (15, 108 mins) is a pioneering Western in every sense: written, directed by and starring Leah Purcell as Molly, a crackshot mountain woman with a life tougher than her husband’s old boots.

Indeed, Molly’s missing husband, and the fact that an indigenous traveller is now wearing his boots, is key to a gripping, fast-moving and often violent story that contrasts with the beautiful Australian wilderness in the background. Purcell’s performance is superb, rooted deep in her First Nation ancestry, and her character’s determination to protect her four children at all costs.

She’s heavily pregnant at the start and toting a rifle. The other characters — a policeman, his British wife and some drovers — are sketchy, but Rob Collins as Yadaka, an Aboriginal man, brings an otherworldly power to the drama.This turns the Outback back to front, from a woman’s point of view, and while, occasionally a modern phrase creeps in, the film reveals late 19th-century Australia at its most brutal — and poetic.

Firestarter (15, 94 mins) slipped into cinemas without the usual fanfare that a Stephen King adaptation gets — and that’s probably because the acting is so wooden it’s not surprising that a girl with superpowers can set anyone around her on fire. Zac Ephron (who should stick to romcoms) plays the father of Charlie McGee (Ryan Kiera Armstrong), a moody nine-year-old with psychic powers that get her whole family into trouble when a top-secret agency tries to kidnap her.

As the two go on the run, Charlie’s bursts of anger get incendiary — and at one point she unintentionally barbecues a pet cat.

That’s about the most shocking part of this damp squib film, which has a clunky, lumbering script which some-how never engages the audience’s emotions.

The music documentary A-ha — The Movie (12A, 108 mins) is more of an ‘oh no’ experience. It charts the rise of the Norwegian pop-synth boy band whose hit, Take On Me, became a massive 1980s anthem.

They have sold 50 million records. Unfortunately, the boys are now grumpy old men, and still touring the same old songs. It’s creative purgatory for everyone.