Home » Celebrities » Penelope Disick, 9, Dyes Her Hair Red After Christmas: See Her Hair Makeover Before & After

Penelope Disick is still in the Christmas spirit! Kourtney Kardashian’s daughter dyed her hair red again and showed off her transformation from start to finish.

Penelope Disick wanted a big change after Christmas. The 9-year-old decided to dye her hair red and revealed her hair makeover in a TikTok video. She started out the video with her natural brunette hair and then showed her entire hair makeover process.

Penelope hopped aboard the “To The Salon” TikTok trend to show her red hair transformation. She showed everything from the hairstylist painting the dye onto her hair to her blow-drying the finished product. Before revealing the transformation process, Penelope had revealed her hair makeover in an earlier TikTok video.

This isn’t the first time Penelope has gone for a bold red look. She dyed her hair red back in August 2021. Penelope clearly loves those Little Mermaid vibes!

The 9-year-old has become very active on TikTok ever since forming an account with mom Kourtney Kardashian. Penelope isn’t allowed, according to TikTok’s rules, to have a solo account until she’s 13. Penelope frequently posts TikTok videos with Kourtney and her 8-year-old cousin North West. 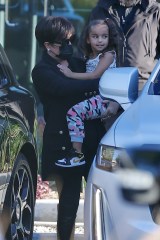 North also has an account with mom Kim Kardashian. North and Penelope are no longer babies. They’re growing up so fast and embracing the latest technology. The accounts are already super popular on TikTok. North and Kim have over 4 million followers, while Penelope and Kourt have over 2 million.

Penelope and North often share updates about what’s going on in their lives. North recently revealed that she now has braces. North also showed off her Grinch-style makeup look before Christmas. 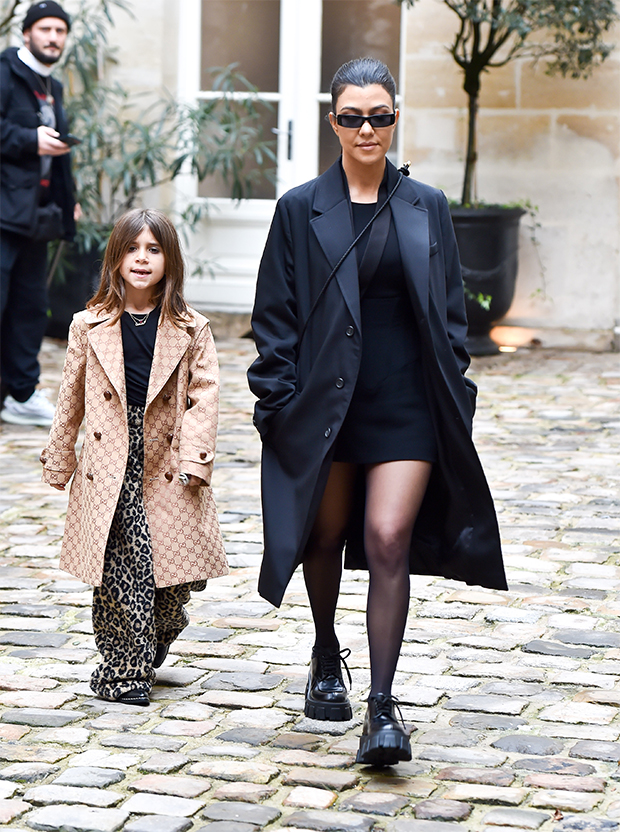 North and Penelope have Mason Disick looking out for them when it comes to TikTok. Kim posted a text message chain between herself and Mason after North went live on TikTok. “Hi I don’t wanna disrespect North but I don’t think she should do the lives unless someone is with her because people are always screen recording and she might tell information that isn’t correct and stuff like that, that she will regret. I did the exact same thing as she did. I would do the lives and now I regret saying one of the things that I said. Just in case for safety,” Mason texted Kim.

Kim thanked Mason for looking out for North. She also told him that he could talk to North the next time he comes over. The Kardashians always look out for fellow Kardashians!

David Spade Gives His Opinion on the FaceApp: ‘I’m Against It’