How sweet! Sarah Hyland is not engaged to boyfriend Wells Adams just yet, but the actress already has a heartfelt idea in mind for their wedding.

The Modern Family star, 28, shared a screenshot of an article via her Instagram Story on Tuesday, May 28. The headline read, “Bride Has Her Bridesmaids Carry Adoptable Shelter Dogs Down the Aisle Instead of Bouquets.” Hyland captioned the photo, “I will be doing this.”

Hyland and Adams, 35, have been open about their plans to tie the knot. “Everyone thinks [Sarah and I are] engaged right now. … We are not engaged, let me just say that,” the Bachelor in Paradise star told Us Weekly exclusively in January. “We just moved in together, so I think we’re still kind of, like, feeling each other out, but … it’s gonna happen eventually.” 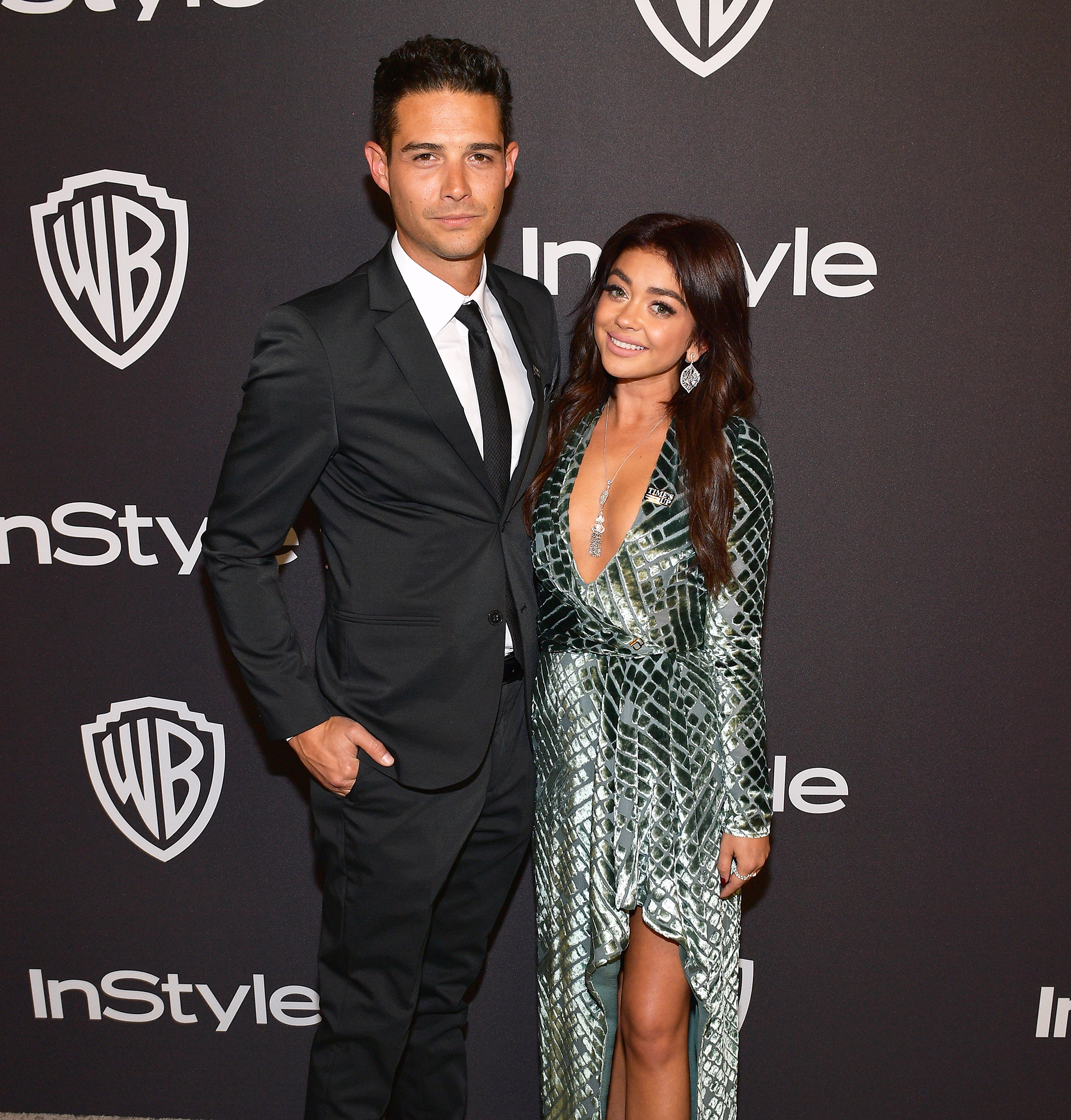 The Bachelorette alum also noted at the time that his proposal plan was missing a key ingredient. “I gotta get the ring,” he admitted.

Hyland, for her part, teased the nuptials when her Shadowhunters costar Matthew Daddario celebrated his anniversary with wife Esther Kim in December 2018. “Next marriage is me ok???” she commented on her pal’s Instagram post at the time.

The couple’s own pups, Boo and Carl, are already attached to the wedding too. “What’s my vision? I want our dogs to be involved in the ceremony,” Adams revealed to Us in January. “That’s gonna be important.”

The reality star fired back at criticism over the pair’s financial situation earlier this year. Bobby Bones, Lunchbox and Amy Brown claimed on The Bobby Bones Show that Hyland would pay for her own engagement ring when the time came. “Can I go on the record right here?” Adams said during an episode of the “Your Favorite Thing” podcast. “I will pay for this ring, I promise you. It will come out of my bank account.”