The Academy Awards’ shortlists are a blessing and a curse.

Blessing in that it truly helps awards strategists and publicists hone their efforts and marketing dollars toward a sampling of candidates in the final run-up to nominations. In the case of the Music Branch and the Original Score category, film scores are typically punished over quota rules, i.e. this year a film’s music needs to be comprised of 60% of original score, versus 50% in prior years. Also, if any of the music was ever pre-conceived in another medium, not specifically written for the film; then forget it. You’re disqualified. I.E. a bulk of Mark Orton’s haunting folksy score from Alexander Payne’s 2013 feature Nebraska were from tracks the composer previously wrote, despite the cues’ electricity in the Will Forte-Bruce Dern-June Squibb black and white dramedy.

When it comes to the Academy’s Music Branch and how they qualify scores, it’s often a case of analysis leading to paralysis. The Branch gets so tangled up as it looks to honor authentic pieces of cinematic musical work that quite often the best scores get overlooked on account of trivial rules. 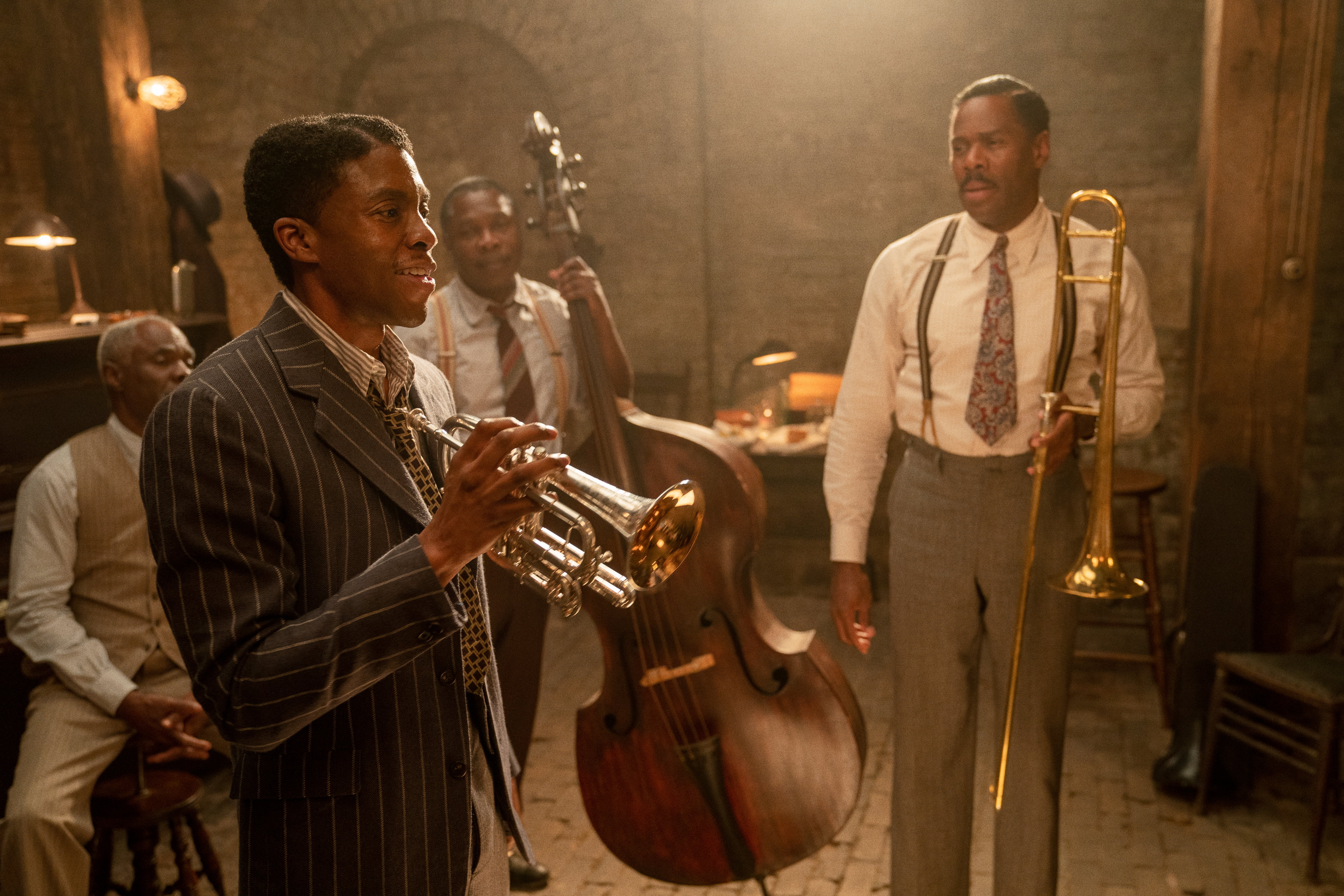 One of the most glaring disqualifications this year before today’s list were even published was the Academy crossing Branford Marsalis’ great jazz score for Ma Rainey’s Black Bottom off the original score and song list. Sources close to the film tell me that the movie actually cleared and had 60% of its original music in the composer’s score. To call Marsalis’ score minimal is insulting: He slyly creates a snazzy beat, tone and rhythm under the African American experience monologues of its protagonists. It’s truly a beautiful musical maneuver.

So what happened here? Most likely the 1920s songs that Marsalis adapted for the movie overshadowed the score, and in such cases, the Academy’s Music Branch cannot see the forest from the trees and easily disqualified the pic from the category. Such was the case for John Powell’s 2006 score for Happy Feet: That 108 minute-running animated feature had roughly 30 minutes of songs, with the remainder in score; and the Academy punted that score on account of the songs being far more prominent than the score. I’m told that Ma Rainey’s Black Bottom is still eligible in the score category at the BAFTAs.

What can Netflix do here? Challenge the Academy’s Music Branch with Ma Rainey cue sheets in fist, and argue that Marsalis’ score should be in consideration. 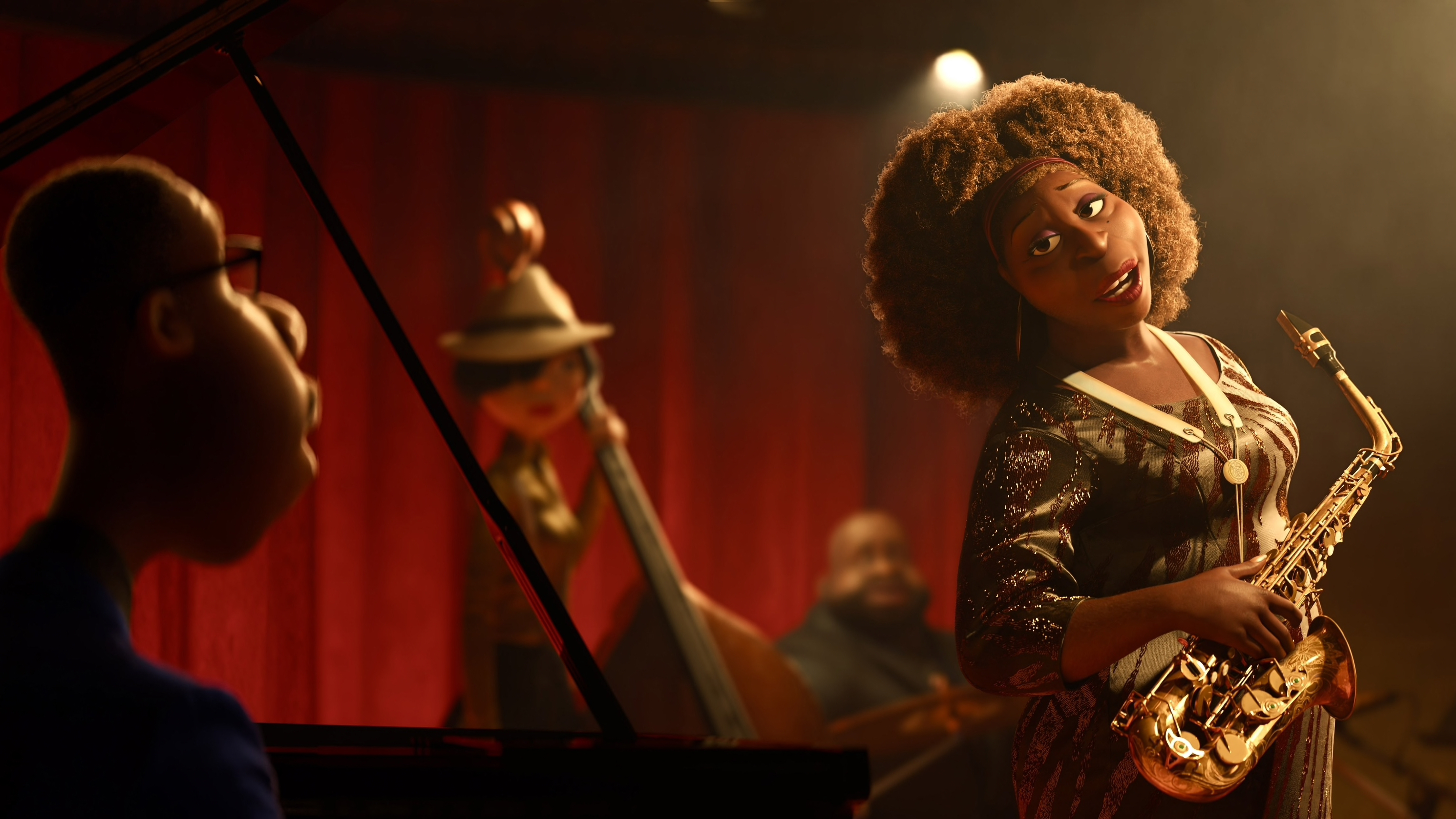 Soul gets in as an exception this year. Quite often composers need to work together –literally together– on a score, and in the case of the Disney/Pixar film, I understand it was matter of marrying Trent Reznor and Atticus Ross’ dramatic score with Jon Batiste’s jazz score. Reznor and Ross’ work here repped less than the 60% quota of original music required. This left a question on whether Batiste’s jazz would be deemed “source music” and not relating to the main score. The Music Branch’s exec committee made an exception here, seeing that Batiste’s music was a vital part of Soul‘s fabric. That said, some strategists tells me, not to be surprised if Soul actually wins the original score Oscar at the end of the day: Not only is it the most popular and commercial feature in the shortlist here, but it’s a movie about jazz music.

Ammonite by composing team German-born Volker Bertelmann and American pianist Dustin O’Halloran. The duo have already been inducted in the Oscar club having been nominated in 2017 for their original score to Lion.

Blizzard of Souls from two-time Emmy nominated American composer Lolita Ritmanis. The movie is Latvia’s Oscar entry this year and follows 16 year old Arturs, who after losing his mother and his home, finds some consolation in joining the army during WWI as part of the Latvian Riflemen battalions of the Imperial Russian Army on the Eastern Front and in the Latvian War of Independence. On the downside, and curbing the pic’s Oscar chances, the movie didn’t make the International Feature Film shortlist.

Da 5 Bloods Terence Blanchard is Spike Lee’s go-to composers of several films. He was previously nominated for Original Score for Lee’s BlacKkKlansman in 2019.

The Invisible Man Elisabeth Moss is getting overlooked by the Golden Globes and SAG for one of her best on-screen turns of her career, however, the horror thriller’s score by British composer Benjamin Wallfisch has a possible shot at Oscar gold. Wallfisch shared a Golden Globe original score nomination with Hans Zimmer and Pharrell Williams back in 2017 for Hidden Figures. 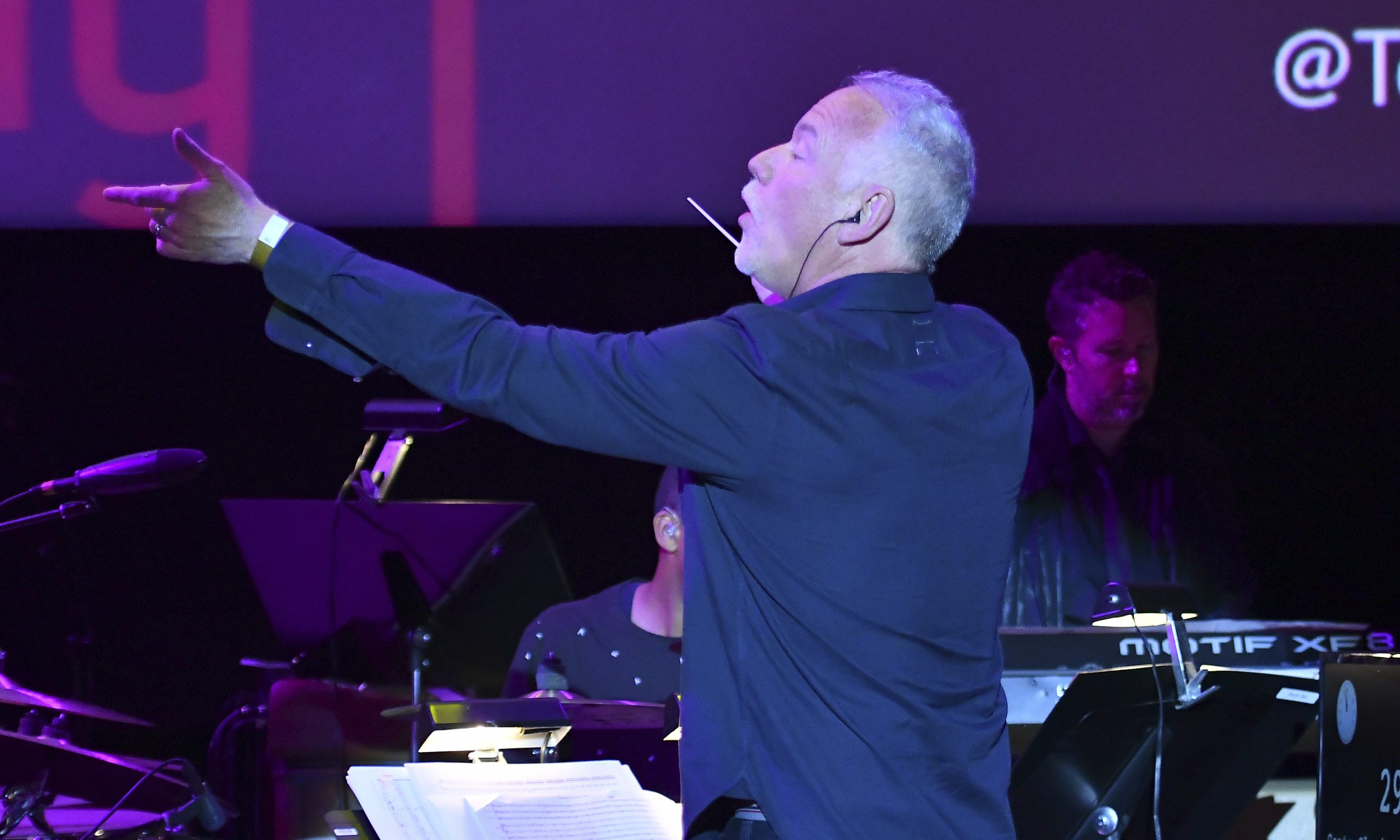 Jingle Jangle: A Christmas Journey Netflix holiday musical makes the shortlist in both the score and song category, the latter for the John Legend ditty “Make It Work”. John Debney co-composed the score with Michael Diskint, the former an Oscar nominee for his epic work on Passion of the Christ.

The Life Ahead (La Vita Davanti a Se) Gabriel Yared is a 3x Oscar nominee of the late Anthony Minghella troika Cold Mountain, The Talented Mr. Ripley, and The English Patient, and he won on his first time out on the latter. A nomination for the Lebanese-French composer would rep a return to the Oscars after 17 years.

The Little Things Warner Bros.’ last minute awards season push for 2021 is working so far; with this John Lee Hancock thriller already notching a Golden Globe and SAG supporting actor nomination for Jared Leto. If composer Thomas Newman lands an original score nom here, it will mark his 16th in his career with the Academy having yet to laud the son of legendary Alfred Newman for his continual unique stylings (who doesn’t love the score to American Beauty and Six Feet Under?).

Mank and Soul respectively from two different studios, Netflix and Disney, however, the constant being both films’ scores were penned by The Social Network Oscar winning duo of Reznor and Ross, who won on their first nomination in 2011. As we already mentioned above, Soul has the added juice of Batiste’s jazz. Mank in its throwback to the jazzy score of old Hollywood movies reps a 180 for Reznor and Ross who are known for their synthetic, metallic stylings in David Fincher’s oeuvre. I hear Mank orchestrator Conrad Pope gets a huge shoutout here for keeping the beat to this noir about the controversial Citizen Kane scribe, snappy. Both Mank and Soul are already nominated in the original score category at the Globes. 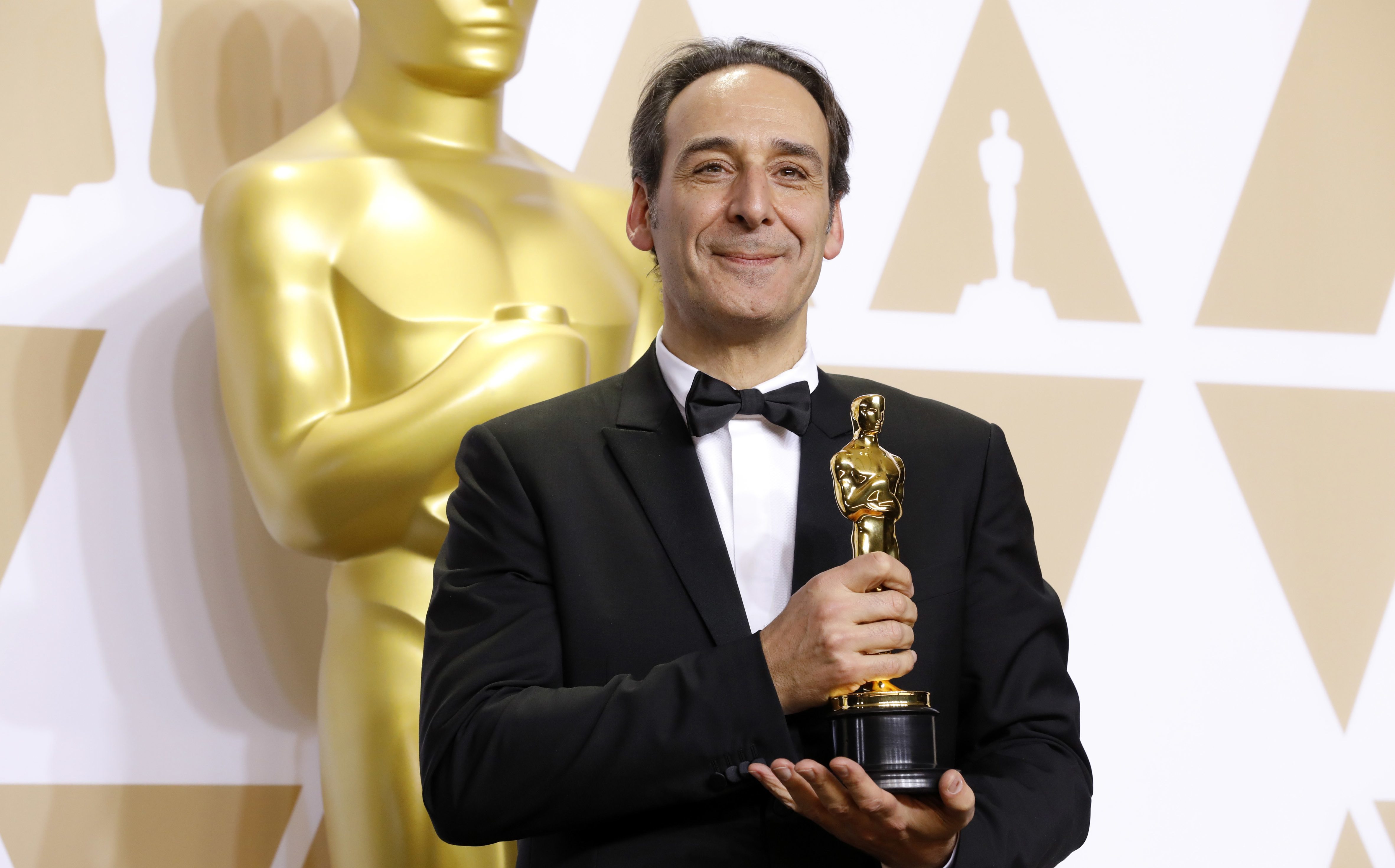 The Midnight Sky is from Alexandre Desplat, and where he excels, is that no one score ever sounds the same in his resume; and that is definitely true here with this George Clooney-directed sci-fi drama; the music being more emotional than cosmic in the Gustav Holst-sense of the word. A nomination here for Desplat would rep his 12th. While it took the Academy eight years to wake up to the French composer, and finally hand him a trophy, Desplat would win in back-to-back original score nominations he nabbed: 2015’s The Grand Budapest Hotel and 2018’s The Shape of Water. An extra advantage here heading into noms is that Desplat has already notched a Globe nom for Midnight Sky‘s score.

Minari an original score nom here for Emile Mosseri would rep his first recognition by AMPAS. The Critics Choice is already ahead of the game, having recently nominated Mosseri in the original score category. And just like the Korean immigrant drama itself, this score pulls greatly on the heart strings in a sublime way.

Mulan Harry Gregson-Williams has scored a few epics including Ridley Scott’s Kingdom of Heaven, The Martian, and the upcoming The Last Duel. After working in the film business as a composer for 27 years, it will be about time that he’s received a nomination should this Disney live-action feature adaptation’s music make Oscar’s final five.

News of the World Like Thomas Newman, legendary Hollywood composer James Newton Howard has always been a bridesmaid and never a bride at the Oscars, and an original score nom would rep a total career nine (that includes songs). The last time Howard was in the mix was in 2009 for the original score to Defiance. Upside: News of the World is also up for score at the Globes.

Tenet Not only was it a memorable, striking thriller score from Black Panther original score Oscar winner Ludwig Göransson, but it was a pure theatrical release not slipping in through any pandemic/streaming qualifying Academy loopholes. Out of the gate, the industry has embraced Göransson in a feverish way that’s reminiscent of such composers as Hans Zimmer and Michael Giacchino after their Oscar wins. And that’s because the Swedish native strikes with a razor-sharp style. The score is already recognized by the Globes this year and it would be shocking if Tenet doesn’t make it to the final five.

The Trial of the Chicago 7 from British composer Daniel Pemberton. He is truly great with jazz, from his retro Bond homage sound on The Man from U.N.C.L.E. to his hip Latin fused Ocean’s Eight. An original nom score would rep his first here after clearing three Golden Globe nominations in his career — two for the scores of Steve Jobs and Motherless Brooklyn, and one for co-penning the song “Gold” from the film of the same name with Danger Mouse, Iggy Pop and Stephen Gaghan. Pemberton also made the Song shortlist for the end credits song to Trial of the Chicago 7, “Hear My Voice”, which he co-wrote with Celeste.