Olivia Rodrigo dropped the dynamic music video to her punk-rock track ‘Brutal,’ which explores just how brutal (pun intended) teenage years can be.

Olivia Rodrigo is continuing to deliver top-notch content in 2021. The 18-year-old superstar has already owned this year thanks to her critically acclaimed debut album Sour, which includes the record-breaking singles “Drivers License” and “Good 4 U.” But Olivia isn’t done yet, because on Aug. 23 she dropped the music video to “Brutal,” the first track on Sour. The 3-minute long video, which can be seen above, features Olivia fashioning a number of punk-rock outfits as an angsty teenager who has grown frustrated with her high school experience. 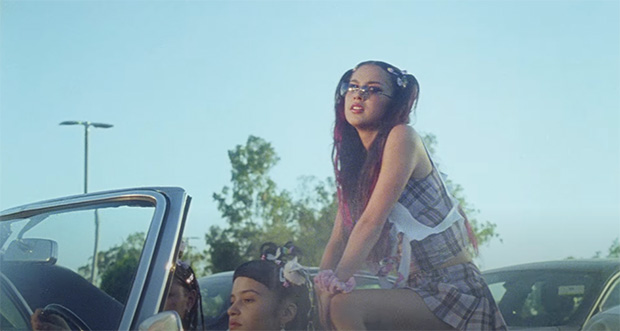 “Brutal” is the fifth single that Olivia released from her Sour album. In the video, Olivia yearns for life beyond high school and airs out her anger while donning a few rebellious outfits, including a plaid mini skirt that she rocks while standing on top of a car with a group of girls performing ballet behind her. She sings: “And I’m so sick of 17/ where’s my f***in’ teenage dream/ if someone tells me one more time/ enjoy your youth I’m gonna cry.”

Olivia shared the “Brutal” music video via Instagram alongside a celebratory caption about its release. “Brutal music video is out now! had the best time ever making this. so so so grateful for @petrafcollins who constantly inspires me and who directed this video so incredibly.” she wrote.
“hope u guys love the vid and all my teen angst lol.” Petra Collins, who directed the video, commented on Olivia’s post, “Love you!!!!!!” 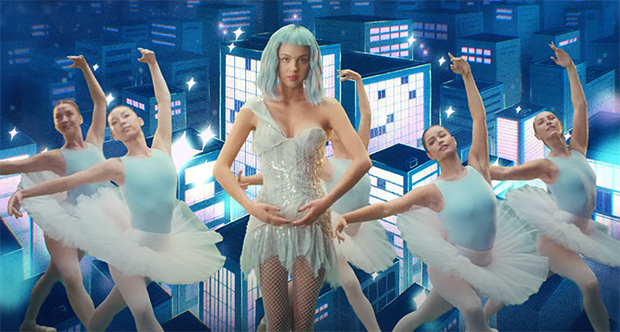 Since “Driver’s License” came out in January, Olivia has become one of music’s biggest stars. Her debut album, which also includes the hit single “Traitor,” has been widely celebrated by fans and fellow celebs like Taylor Swift and Selena Gomez. Olivia has been grateful for the success, and she’s opened up about how much her music has changed her life for the better. “I’m just constantly learning and growing at such a rapid rate,” she told PEOPLE in June. “I’m writing songs and I’m really happy.”

“I’m a lot happier than I was when I wrote that record, which is great,” the High School Musical: The Musical: The Series star added. “I’m a lot more confident, which I think is a good aspect of growing up. We’ll see what the next era brings, but I’m excited to start working on it,” she added.