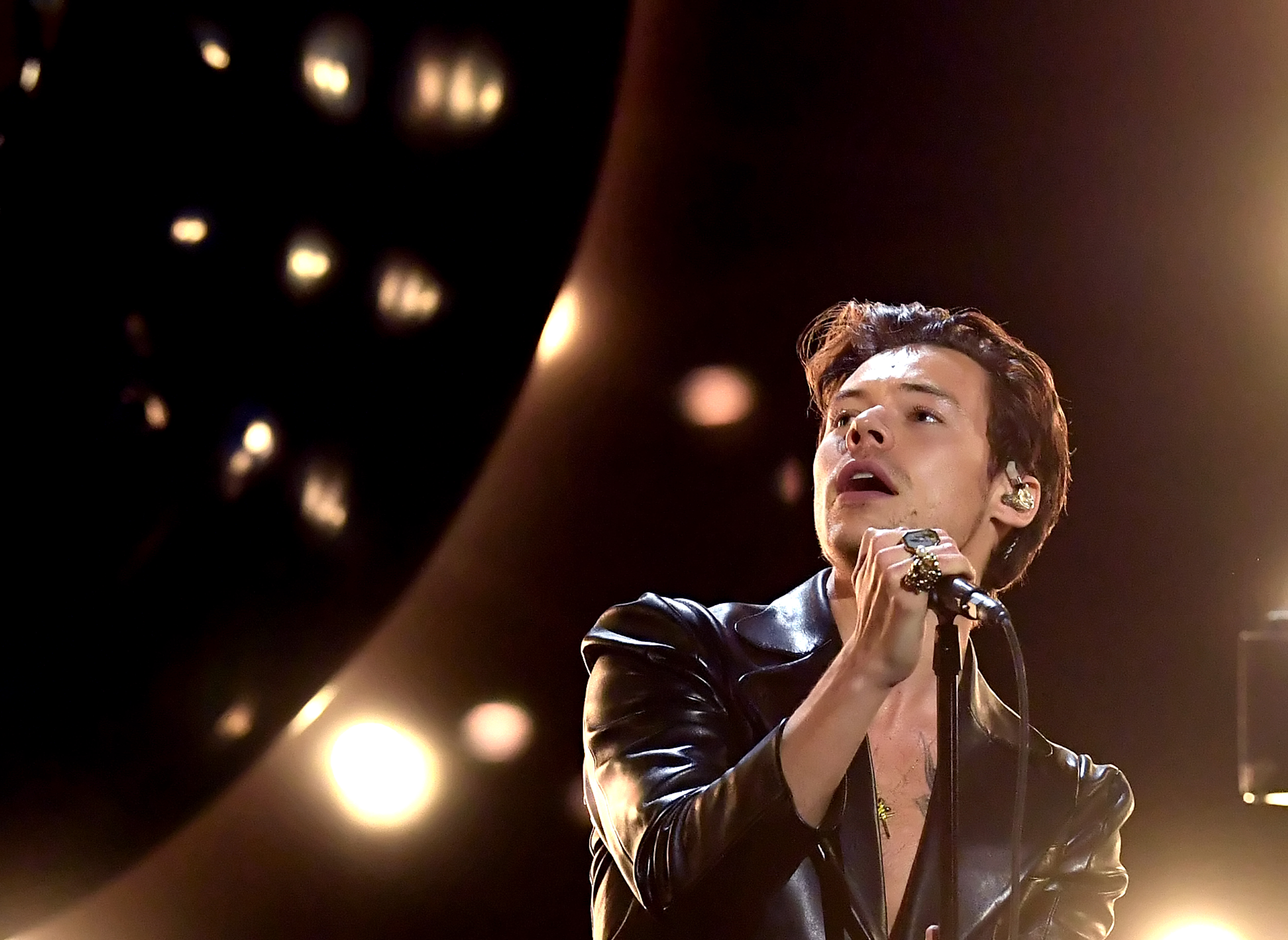 Both Harry Styles and his girlfriend Olivia Wilde were in tears at the singer’s final show in New York City’s Madison Square Garden.

Former One Direction star Harry, 28, and director Olivia, 38, have been linked since meeting on the set of Don’t Worry Darling, with their relationship – though low-key – appearing to have gone from strength to strength since.

Mum-of-two Olivia can often be spotted supporting her musician boyfriend at his US shows, having previously also brought her children to see him, and Wednesday’s concert at Madison Square Garden was no different.

The Adore You singer achieved an incredible milestone of having sold out the iconic venue for 15 nights in a row, and on Wednesday – the final show – was surprised with a sweet gesture celebrating the accomplishment.

Mid-way through his performance, the chart-topper was surprised by a familiar face stepping on to the stage – none other than US TV star Gayle King.

A flabbergasted Harry shouted out: ‘It’s Gayle King!,’ before the presenter took over the mic and told him that no other artist had ever managed to sell out 15 consecutive nights at Madison Square Garden and they wanted to mark the occasion.

As she spoke, a massive gold banner was raised from the floor up to the roof of the venue, reading: ‘Harry Styles 15 – 15 Consecutive Nights at the Garden.’

Harry became visibly emotional as the banner was raised, the crowd cheered and Gayle praised him, and was seen placing his hand on his heart and appearing to hold back tears.

The Redditch native was handed a tissue, with which he wiped his eyes and regained his composure before thanking his entire team, fans, support acts and everyone who had helped him make the massive achievement.

While it was clearly an emotional moment for Harry, whose solo career is proving almost as phenomenal as his time in One Direction, girlfriend Olivia was also seen wiping away happy tears as she took in the moment with him.

In photos taken from the night, Olivia, dressed in a white feater boa, glows with pride as she watches her boyfriend on stage.

She is seen wiping away tears even as she continues smiling,, and in another snap holds her hands up to her face in a picture of pure pride.

The actress was also seen embracing Gayle after the sweet reveal of the banner.

Harry’s return to Madison Square Garden comes after a short reprieve where he and Olivia headed to Venice Film Festival for the premiere of Don’t Worry Darling – which, as everyone will remember, had some of the most bizarre drama of all time.

The singer and actor was accused of spitting – actually spitting – on his co-star Chris Pine as he moved to sit down ahead of the film screening, which Chris and, later Olivia, obviously denied.

Harry however made a joke of the whole thing, later telling his Madison Square Garden audience at his 10th show that he ‘just popped very quickly to Venice to spit on Chris Pine but fear not, we’re back.’

Olivia, meanwhile, this week appeared on The Late Show With Stephen Colbert this week, where she referenced the ‘weird rumours’ going around concerning ‘spitgate’.

Colbert jumped at the opportunity to ask: ‘Did Harry Styles spit on Chris Pine? Why or why not? Support your answer.’

Olivia then stated: ‘He did not, but I think it’s a perfect example of people will look for drama anywhere they can.

‘Harry did not spit on Chris, in fact.’

When Colbert joked: ‘Only time will tell,’ Olivia insisted: ‘No, he really didn’t!’