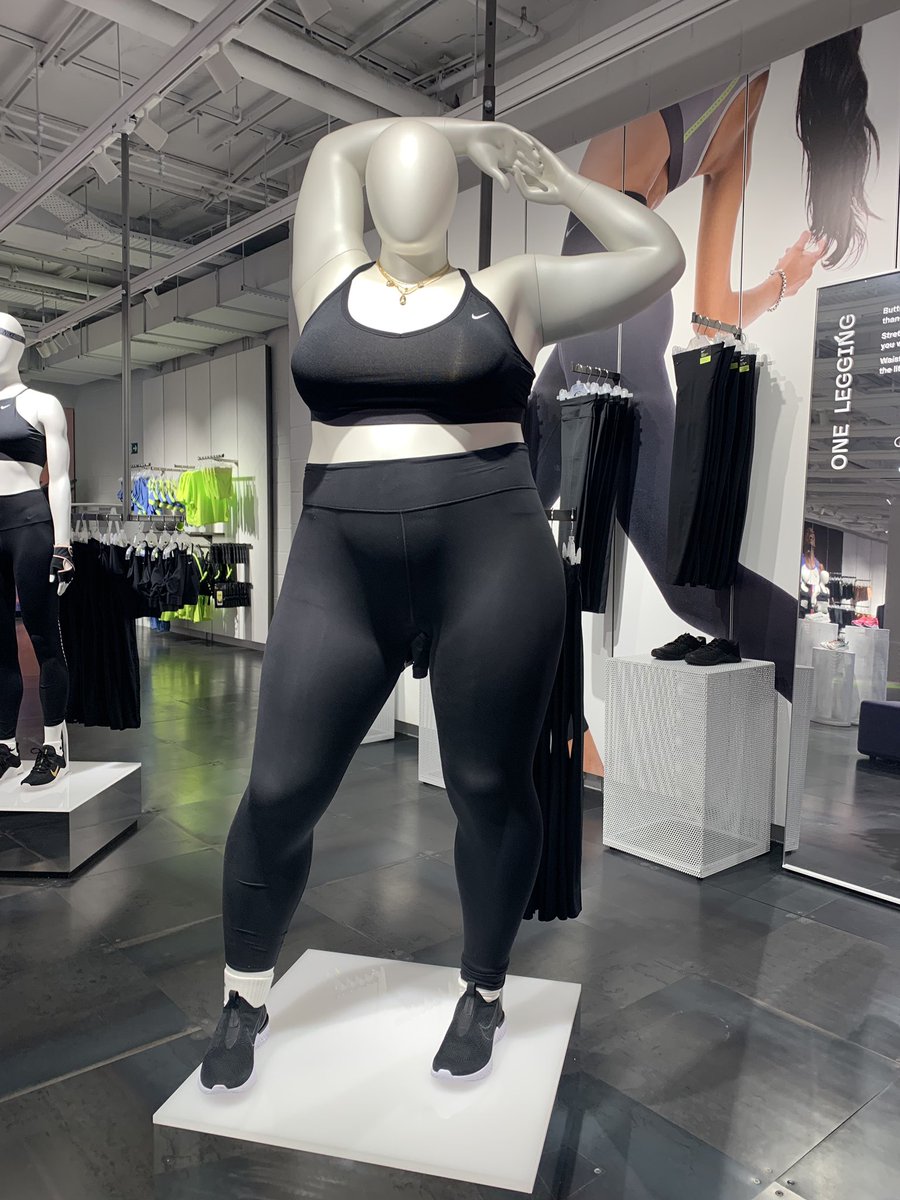 The average American woman currently wears between a size 16–18, yet a lot of designers continue to ignore this fact. There’s also the issue of how to display plus-size clothes in stores; the standard mannequin size is a two. Nike is the latest company to start using plus-size mannequins; as of Wednesday, they are now in its London flagship store:

Nike knows that most women aren’t a size 0 — and the company finally got the mannequins to prove it.

The activewear retailer unveiled a line-up of curvy mannequins at its new-and-improved London flagship store Wednesday as part of a special floor dedicated just to women.

NikeTown says its third level now features “a full range of athlete figures” with “multiple plus-sized and para-sport mannequins” for the first time in the store’s history.

Kaiser mentioned that Nike is probably doing this ahead of Wimbledon, which starts July 1st. The timing allows them to draw attention to and celebrate the diversity of athletes and Nike customers. People notes that Nordstrom did the same last month, and that Old Navy brought back plus sizes to stores last year, along with mannequins to display the clothing. Target and David’s Bridal have also brought plus-size mannequins into their stores. In the case of David’s Bridal, the article notes, “This plus-size mannequin was an attempt to keep up with real American women, not just models — and it worked. In 2012, the company was valued at $1 billion.”

As someone who spent most of the last year of graduate school sitting and writing a dissertation, and who continues to spend most of her day on the computer, working, I shop almost exclusively in the plus-size departments of most stores, which are often hit-or-miss. Some have almost no clothing. Some have clothing that I can’t quite believe got someone’s “OK” to manufacture. I was pleasantly surprised when I walked through Kohl’s the other day and realized that there were mannequins in the women’s section that were being used to properly, clearly display some of the clothes. Most of my exercise clothes are Champion, but I might check out what Nike is offering. I think it’s also neat that they are displaying para-sport mannequins, too, though I can’t seem to find any pictures of them.

TALK OF THE TOWN: Who dished the dirt on Anna Friel?

Shawn Mendes is All Smiles During Morning FaceTime Call!