Nick Cannon is one proud papa. The Masked Singer host, and father of seven, is sharing some sweet snapshots of his adorable kids.

Cannon, 40, took to his Instagram story on Monday to share some candid, never-before-seen family moments with his kids — four of whom he welcomed within the past year, with three different women.

In one photo, Cannon is carrying his 6-month-old daughter, Powerful Queen — whom he shares with ex Brittany Bell — on his chest in a baby carrier as the daddy-daughter duo went kite flying.

“Flying kites with my kids is the most euphoric and joyful experiences of life!!” Cannon captioned the post. 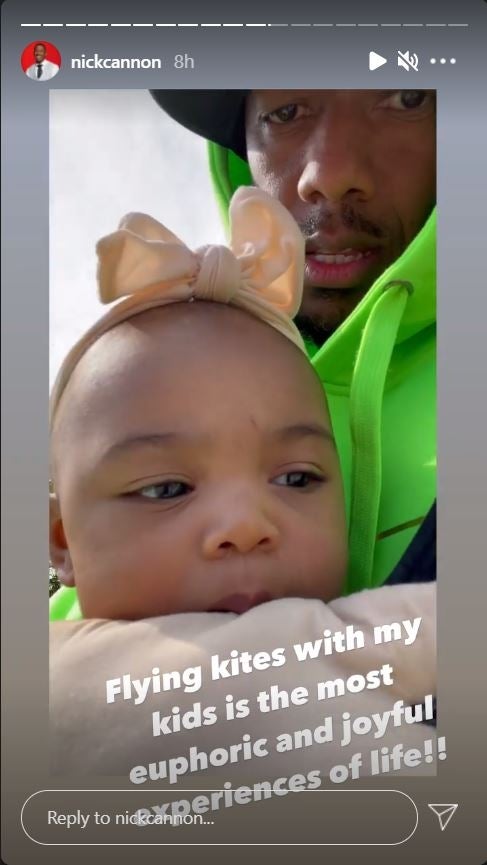 Cannon and Bell’s 3-year-old son, Golden, was also at the park with his pop to enjoy the fun and thrill of kite piloting, and Cannon couldn’t have looked happier spending the afternoon with the two. 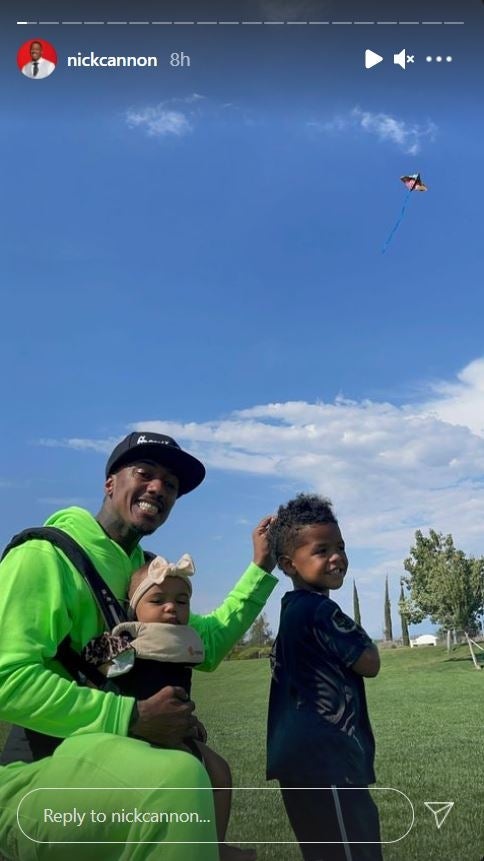 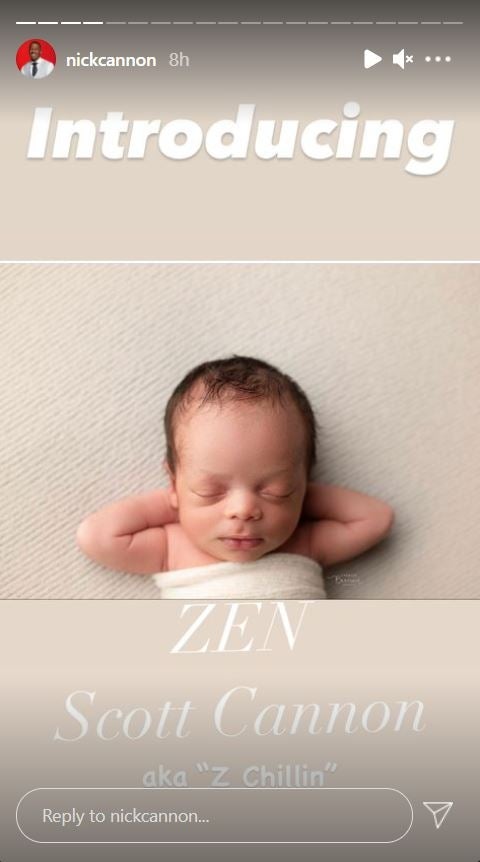 Cannon also welcomed twins Zion and Zillion De La Rosa on June 14, and he shared a few clips of the adorable newborns listening to headphones and relaxing in what appears to be a recording studio. 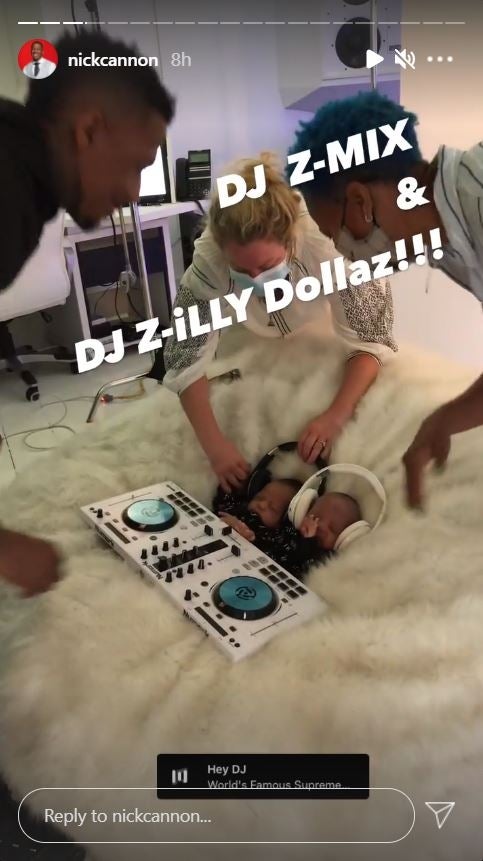 Cannon also shared some snapshots of his eldest kids — 10-year-old twins Moroccan and Monroe — whom he shares with ex-wife Mariah Carey.

In one photo, Cannon stands with Moroccan during some sort of stage show as they are covered in a giant soap bubble as part of what appears to be a magic trick. In another shot, several of Cannon’s kids are seen hanging out together on a bed. Cannon captioned the pic, “The Gang! Its Ncredible!” 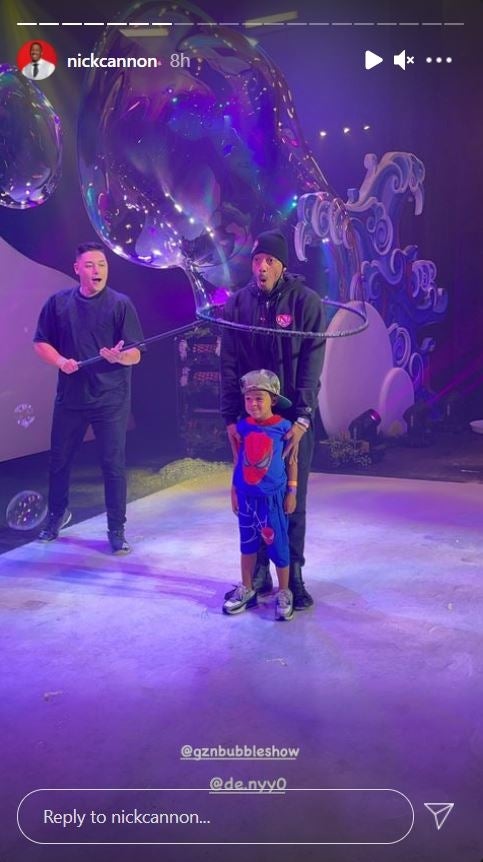 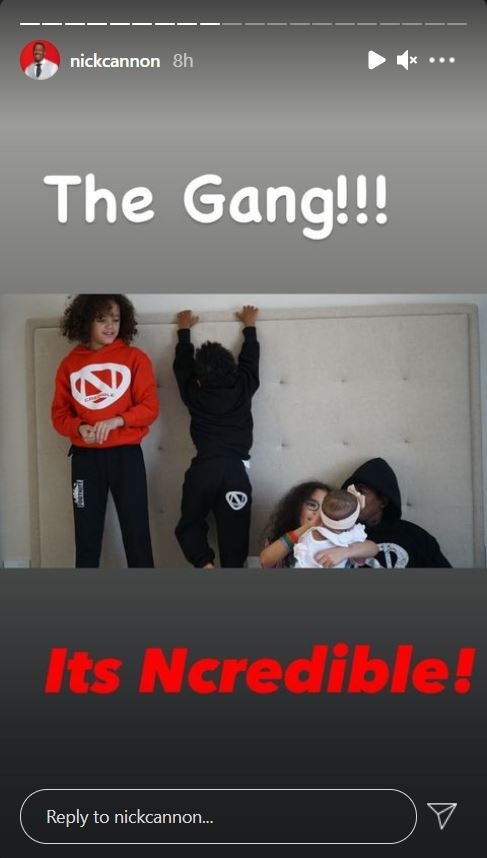 One of the sweetest photos features Monroe gazing at her 6-month-old sis, Powerful Queen, with a smile.

“Sisterly love,” Cannon captioned the moment, along with some pink hearts. 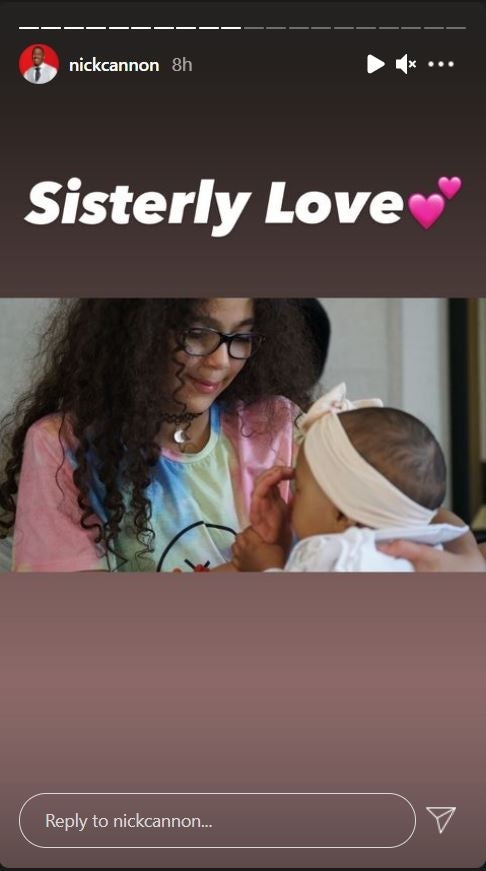 For more on Cannon’s many recent bundles of joy, check out the video below.

Nicole Scherzinger Candidly Opens Up About Her Past Battle With Eating Disorders: ‘I Just Didn’t L