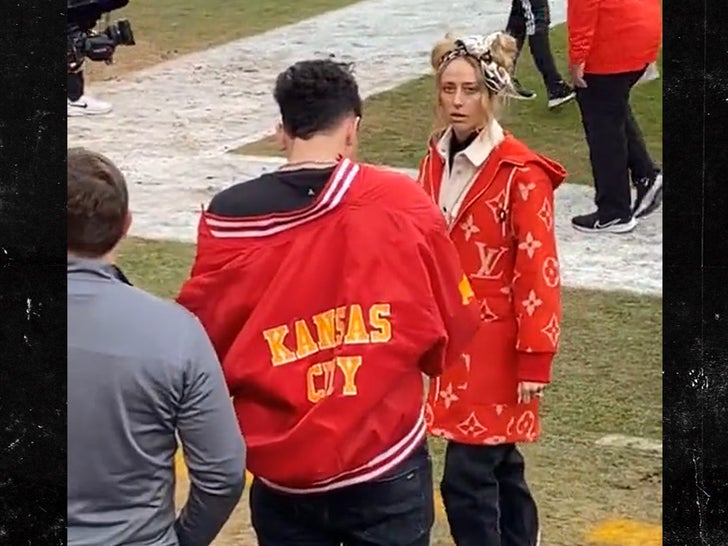 An NFL fan was captured on video yelling an anti-gay slur at Patrick Mahomes‘ brother before the Chiefs took on the Broncos on Sunday.

The incident went down at Empower Field at Mile High in Denver … when Jackson Mahomes and Patrick’s fiancee, Brittany Matthews, were down on the field taking pregame pictures and videos.

You can hear in footage from the scene, a fan in the stands clearly yelled for Jackson with a homophobic slur repeatedly.

The offensive comments were so loud, Brittany actually heard them … and yelled back at the man several times, “That’s rude!”

It’s unclear if there were further interactions between the Mahomes family, the fan and stadium security.

Brittany did end up posting the pictures Jackson took from the pregame photo shoot … and they all ended up leaving the city on a positive note, as the Chiefs came from behind to earn a 28-24 victory.

Kim Kardashian is done with having kids: 'Four is all I can handle'