On July 20, news broke that Greg Knapp, NFL assistant coach for the New York Jets, was in critical condition after being involved in a terrible bicycle accident. Knapp is best known for his successful 25-year-coaching career where he has worked with some major athletes, such as Pro Football Hall of Fame stars Peyton Manning and Steve Young, per ESPN.

According to the outlet, the incident happened on June 17 near the coach’s home in Danville, California — at a busy intersection “about 27 miles east of Oakland.” Per the San Ramon Police Department, via ESPN, the assistant coach was bicycling when he was hit by a single motorist around 3 p.m. As of now, police state no drugs or alcohol were involved and the person who was behind the wheel “is cooperating.”

Following news of the accident, his family and Jets head coach Robert Saleh have both made public statements. Keep reading to find out what Knapp’s family has said about the tragic accident, and the heartbreaking news of his reported current condition. 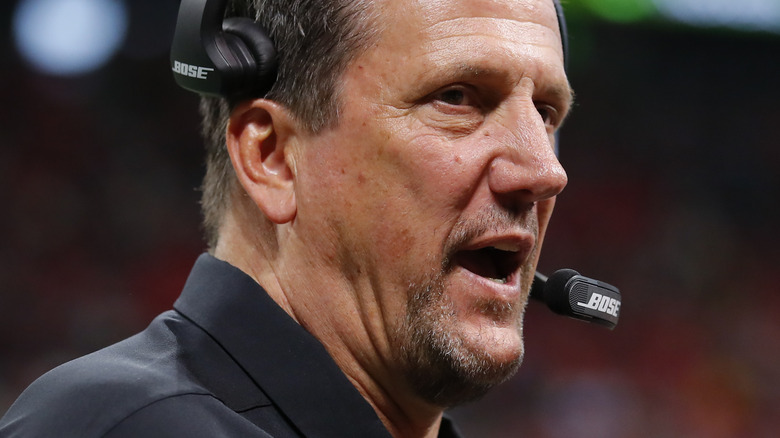 According to ESPN, Greg Knapp has “life-threatening injuries” from the accident and is still in the hospital. Robert Saleh, the coach of the Jets, and Knapp’s family have all spoken out to praise Knapp and encourage people to pray for him.

Saleh spoke about Knapp’s career as a coach. “Greg’s fun nature, kind disposition, and wealth of knowledge has allowed him to make genuine connections with all of our coaches, players and staff since he has been here,” he noted, per ESPN. “I ask that you keep him in your prayers as we all pull for him to recover from this horrific accident.”

Knapp’s family commented on his exceptional parenting skills during this tragic time. “Greg is an amazing father and husband whose passion for life can be felt in all his interactions with people. He is our rock and biggest supporter, pushing us to all strive to better ourselves each day with constant love and inspiration.” They continued, “While many know him for his achievements as a coach, his impact as a father and husband are far greater. We are so fortunate to have him in our lives. … We ask that you continue to pray for Greg and our family during this time.”

We will be keeping Knapp and his family in our thoughts as we continue to update readers on this terrible accident.